Lucifer and the other me

So i lit insense meditated on his sigil and repeated his enn sat and went into a trance. Lucifer he appeared in my mind. We were both in a college lecture hall. I looked up into the empty seats and I was reminded what i wanted to tell him.I told him there were people on the forum that wanted to know him and he said he would show himself to those that seek him.

Then i asked him why I always feel sick when i’m in his presence. He said out of all of my gifts being an empath is the strongest. Spirits like me for this because many are demonized and misunderstood and because of my empathy i can connect with them easily. But it doesn’t work with all spirits some like him are too complicated. Humans rely on all of their senses and when they rely too heavily on one it becomes debilitating for them when they can’t use it.

He reminded me of the first time i evoked him and i literally went blind in my left eye for 2 days. He said i’m so used to empathizing i don’t realize i’m doing it. With practice ive learned to shield it so i can function in human society and not be completely taken over by others emotions like most empaths are.But its pure empathy I can’t turn it off and its a variable in magic. My invocations are too strong for my level of understanding and its dangerous.

Suddenly I noticed a full body mirror on the wall. I saw a reflection of myself wearing a purple and white dress and on my head were two sets of horns. Bull horns at the top and rams horns at the sides. Then I remembered the reflection of myself looked familiar. I had had a dream where I had taken the LHP as a teen and become a black magician. Then when I died I became an infernal being. I looked deeper into the mirror and realized what i had seen was an alternate reality and when i realized that my perception changed.

I turned and looked at lucifer and saw multiple rays of light shooting outwards from below me. Within each ray a vision of a different Lucifer. One showed a humanoid dragon, another a pure white humanoid shape with six wings and eyes all over the body looking in all directions.The other form was just a mass of golden bubbles and dots.My reality started branching out more and more from the point where I stood. Time became non linear and I saw the past I was a child but then i was getting married and then I saw the reflection with six wings two pairs angelic and one bat?/dragon like. I could hear Lucifer saying something but I couldnt make it out. I felt like my sense of self was completely fading away from my body.

Suddenly I heard him “Sophia. Sophia?Sophia!” And I came back into awareness with a terrible sense of pain like my skin was cracking and peeling away. I heard Satan’s voice. He spoke very calmly but with authority “Take her down” and I saw him flick his wrist and thousands of tiny swords?/needles? Stabbed my body and i began to bleed black blood profusely out of the wounds. My eyes turned red and that color was all i could see.

Lucifer spoke again. “Sophia, that isn’t the real you. Do you have no sense of pride. Do you hate yourself THAT much.You have empathy for everyone except yourself.”

I heard myself speaking and it was my voice but distorted. I suddenly became aware that the me I saw in the reflection was in my body speaking and I had no control.However, as much as she struggled she could not move my body was too injured.

“This is not how I deserve to be treated. They should worship me. She created me. She should take responsibility.” She said.

I panicked. She wasn’t me.This isnt who I wanted to be. I wanted to be stronger. I wished to be stronger but I not at the expense of losing myself.I wanted to be free of her. I wished to be free of her. My skin continued to crack and peel like a snake shedding its skin. i took control of my mind and started crawling forward. We began to pull apart two consciousnesses trying to split seperating the body in identical halves until we resembled conjoined twins trying to pull apart from each other.

We poth pulled until only a small section of skin remained at the left hip. It peeled away like snake skin.I crawled to the side to create distance between us. She pulled the dark green shed skin over her body like a cloak. Her eyes were still red but they were snake like.

“I’m dont want to deal with you right now! I’m not ready. You go back to your universe. If you want respect youll have to respect me you’ll need to go.” Without a word a yellow and green circle opened up beneath her and she disappeared through it down through the floor.

I stood up. Some pieces of snake skin and scales still on my body.

“Your level of knowledge doesnt match your level of power. You are like a piano player that plays only by ear. You copy all the music you hear but you can’t read music. You have no concept of
the theory. Thats dangerous”

“Please dont take it all away. Ive seen so much i want to see more.”

“You are ascending too quickly. You need to rest. Study until your power matches your understanding.Do you still have that key I gave you?”

“Yes i think so.” I thought of it and it appeared around my neck on a lanyard and i handed it to him.it suspended in the air and my heart chakra opened with a brilliant light. The key inserted itself and turned. A circle appeared below me 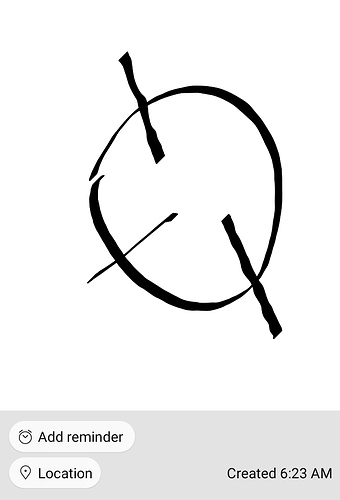 and went up the length of my body and over my head and dissapeared into into my heart along with the brilliant light. The key returned to him.

“Remember your name Sophia. You know what it means”

“Yes even used the-” I stopped and realized at the time I had forgotten a word.

“Kybalion.” He said and disappeared.

“Yes. Thank you thats it. No wait thats not the word i was looking for!” But he was already gone.

(Does anyone recognize the symbol?)

Update: I still feel connected to my otherself.
About a month ago when I started working with Belial he suggested I imagine an ideal self, a stronger self that I would aspire to be. He said it would have been interesting if he had met me when I was a child then he would have told me the truth about magick and spirits and Id probably be a very different person.

So thats where my otherself and the other reality came from. Every day I would think more and more about it. A me that started the LHP as a teen. Beautiful, single, rich and a powerful black magician that lived to a ripe old age as the terms of her pact with belial her spirit had become fully infernal by the time she died.

When I went on to imagine her reunite with (our?) godself and her turn her inside out and devour her and go on her merry way. I didn’t think anything of it until I saw her two days ago in the above experience going on and on that I created her and her reality and I needed to take responsibility.

Its reasonable to think I created a thoughtform, a servitor with one’s will but an entire alternate reality with another version of myself that’s hard to believe. But she currently feels very real but she is silent and in a dark place wrapped in my skin that shed like a snake like a cacoon.

Wow thank you so much for sharing your story with Lucifer that slightly changed how I viewed Lucifer as a extremely strict teacher
He seems to be more caring the what i thought .

@anon63404644 Fallen Angels have a reputation being kind and understanding. A lot of them (I am generalising here)very much have a lot of the positive qualities associated with angels without all of the negative enslave humans mentality. Yes, they are warriors, but they are also healers, and teachers. They are by far meant to be among the more understanding entities, so if pure blackness is not something you are ready for the Fallen are probably the beings you want to work with. Some Fallen Angels are kinda evil/want your soul btw so keep in mind that they are all seperate individuals.

They don’t have any use for our souls. We are all the same thing. What you CAN do is offer to work with them for a lifetime, and possibly beyond.

But selling/wanting your soul is just not realistic.

As for evil, demons/fallen angels are often called evil because of not understanding them properly. More often than not, we humans carry true evil.

Don’t confuse evil for darkness. Darkness can be nurturing and kind. Light can be terrifying and sinister. Evil and good are JUST OUR HUMAN constructs.

But I agree on a few things - Fallen Angels can be incredibly kind and understanding, yes, and they do all have different personalities.

But selling/wanting your soul is just not realistic.

It’s a fundamental part of Necromancy. Enslaving the souls of the dead. It isn’t that much of a stretch to suggest that non human beings do it as well.

Don’t confuse evil for darkness. Darkness can be nurturing and kind. Light can be terrifying and sinister. Evil and good are JUST OUR HUMAN constructs.

Never said they were the same thing. Their is good in Hell I know that very much.

As for evil, demons/fallen angels are often called evil because of not understanding them properly. More often than not, we humans carry true evil.

I never said that Fallen Angels/Demons are evil. I wouldn’t be on here if I though that. All I am saying is that not every last one of them are universally good.

He seems to be more caring the what i thought

My parents werent around when I was little so when Lucifer appeared he filled in that gap and took on a parental role . He has been a strict but caring father like figure. I will say he is fatherly but also somehow androgynous at the same time like a father in a family where the mother is absent and he must assume both roles.

I will say though that he emphasizes pride and self love. As venus he encourages cultivating your own sense of beauty from within.