Loki thinks my partner is a "wimp" and "not strong enough for me."

I strated working with Loki a few months ago and he has been amazing, generous and life changing. But he has started showing me faults in my partner/ fiancee and saying things like he’s too feminine, he should be able to fix stuff and even refers to him as a wimp at times. MY partner is a very sweet guy and is nothing but generous to me but he’s not very masculine and is more the artsy type, he does g et sick alot and sometimes I swear all he does is complain and whine. He has a job he keeps , is great with money and a great father to my daughter. He’s not so great with my other daughter whom I have with a former marriage but he’s not awful with her either. She’s a tough kid and going on 10 so . I have been questioning our relationship and starting to lose my feelings for him, I went through a point where I was looking at apartments. Is this just Loki’s personal opinions getting in the way or is he bringing out my own insecurities. I love Loki so much but I don’t know, anyone worked with Loki? This is really bothering me. 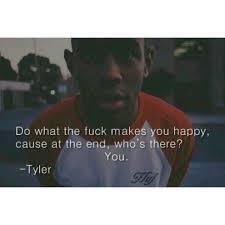 Forget about what Loki thinks! - What do you think?

The decision lies with you,Creator

loki isnt your father. You’ll never find a perfect man. You could find a more masculine macho man who can fix things…but maybe he’d be worse with your daughter, egotistical and crap with spending. If you’re happy with who you’ve got, then thats all that matters

OMG of course why didn’t I see it sooner. He’s pointing out how I care too much about what other people think including him lol ty for your answer.

I think first off you are talking to a trickster god secondly perhaps your boyfriend needs to get possessed by Odin for a while Thor would be too much of a change and it wouldn’t end well. But what I’m seeing is that Odin would be the right upgrade software to then move him into a more masculine roll. Also allow him to be more masculine and reward him when he does. It sounds like he is a wimp to me by the way you describe him, so perhaps you need to be honest with him about how you feel. Ha Ha yeah…right… We both know that’s not going to happen so here is what you do. If he doesn’t practice magic then I don’t know what to tell you but if he does you could go the route I described above. Simply have him do an invokation of Odin and guide him toward realizing his own true inner masculine side and become more in touch with that. Believe it or not it’s not all his fault.
We are currently in an epidemic of the demasculinization of boys and the masculinization of girls. It has to do with social conditioning, contradicting social ideology, chemical influence through pthalates and various other estrogen mimicking chemicals found in every kind of plastic, ink, paints, clothing fibers etc. Massive amounts of hormones in the meats and dairy products, and don’t even get me started on the water supply. And remember that “They” are always working toward population control and the war on boys is the route they are taking. So if he means anything to you give him a chance to improve himself before you give him the shit can and if not then just be done with it.

PS you need to substitute his deodorant for witch hazel and baking soda, have him use baking soda as a shampoo till you can find out how to make something better, if he wears cologne have him switch to all natural oils if he has to smell nice, if he drinks soda have him stop, drink either distilled water or a reverse osmosis filtered, if he likes beer have him start learning how to home brew as it will also give him a reason to become more mechanically inclined and if he is working with Odin this is exactly what the doctor ordered. You can make an easy and cheap laundry detergent by taking a five gallon bucket of water and melting a bar of glycerin soap and two cups washing soda one cup borax into the mixture. Also start avoiding processed and prepackaged foods plus get him on a regular exercise regimen. And for fuck same don’t let him masturbate or he will spend up the testosterone he does have.

Yeah I really don’t want to insult him and tell him the truth …I wouldn’t be happy if someone told me I needed to be more of a lady haha. You’re completely right, I know about the chemtrails and chemicals in food, fluoride in our water, harmful frequencies amongst other things unknown…and his mom fed him nothing but garbage food when he was a kid. He eats well now but.arghh. maybe I’ll suggest he work with Odin. He does not do magick but wants me to teach him.
I use all natural deo but he doesnt. We don’t buy processed foods except he gets ice cream once in a while, I make my own organic laundry soap.

he is taking steps to better himself, i wish he’d exercise more but he’s not over weight so he’s not in bad shape. Too frail for his age, he’s only 34. Thanks for ideas!

No problem I’m happy to help.