Lightning Wood! The ultimate power booster and I happened to get some!

Ok so here’s what happened…
A huge storm rolled through my town and knocked out the power for the whole town for almost a whole week. Every street but mine and knocked out cellphone towers for all areas but mine. Blew out windows and roofs off of buildings. My property was fine but…
Lightening did strike a tree by the house! I collected the wood under the moonlight got branches and bark which I will be making super powerful wands out of and a bunch of stuff when I figure out what I want to do with it. The charred pieces from the strike I chunked off for spell and ritual ingredients. 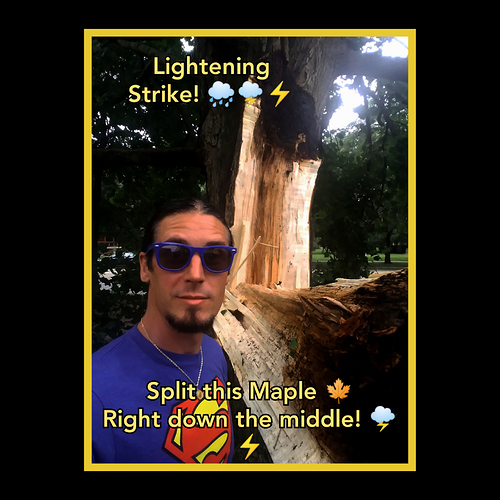 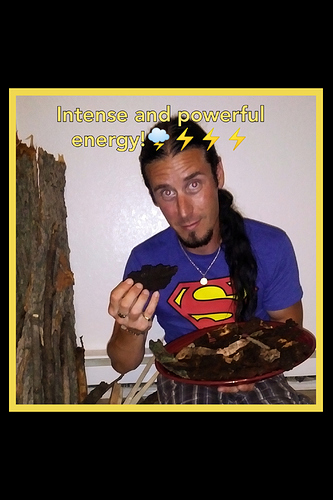 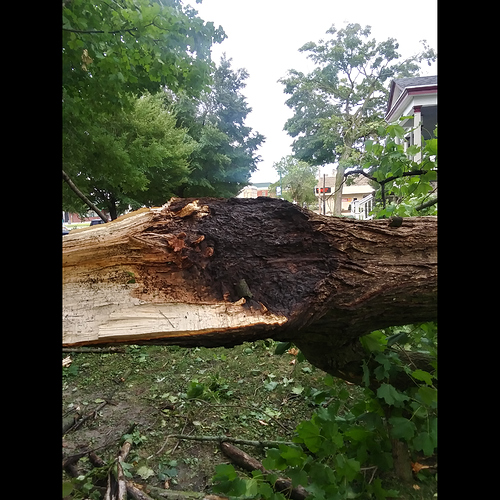 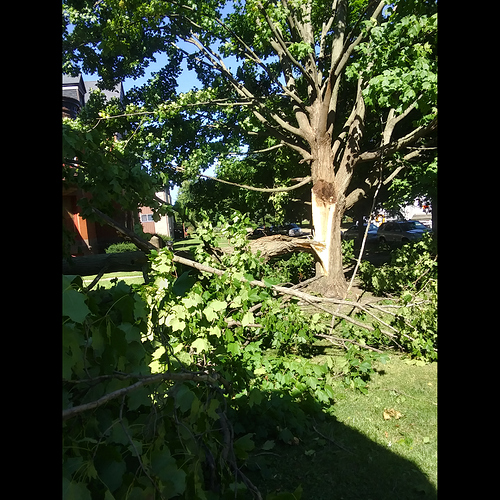 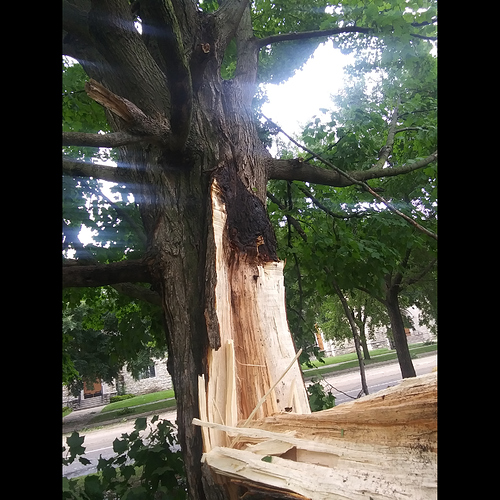 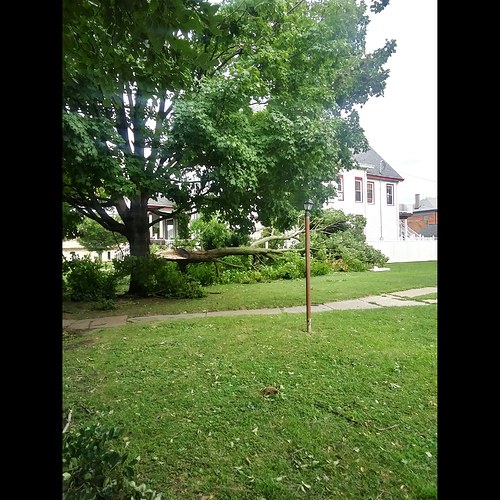 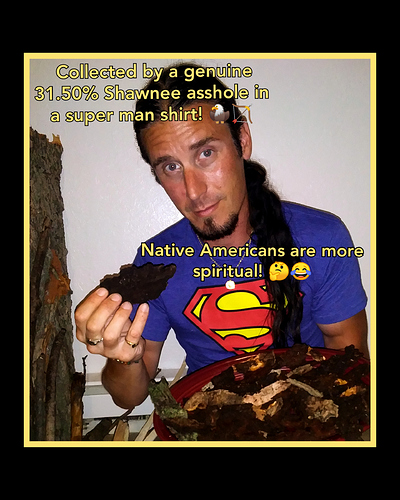 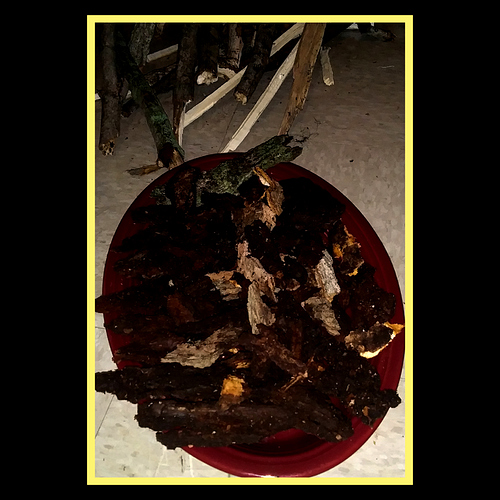 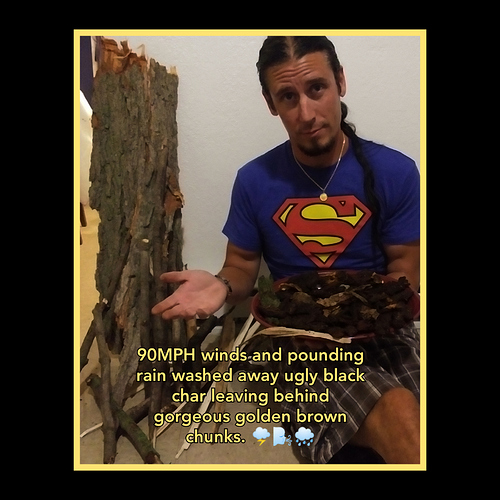 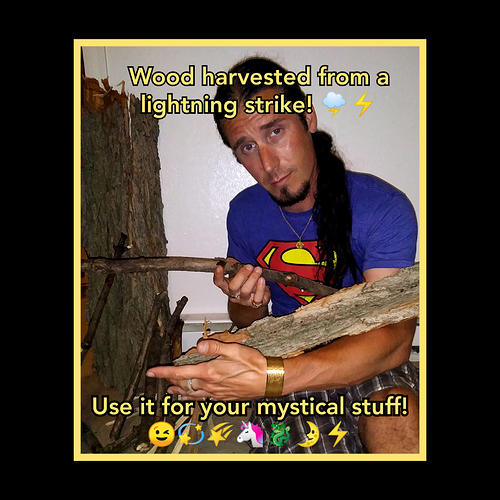 Fun fact! A bolt of lightning could be up to 1 billion volts.

It can be added to any work to increase its power. It is particularly good for commanding spells, sex spells, and spells of destruction, which draw on its fire energy to destroy. Fire also has a dual nature to transform; hence its ability to be used in positive works as well.

​Suggested Uses (but not limited to): Add to any mojo bag or gris gris to amplify its potency. Keep a piece on your altar for power and protection. Pulverize and add to sachet powders to boost their effectiveness. Add to floor washes to increase their cleansing power. Burn along with cedar for a powerful cleansing and blessing incense, and to drive negative energies away.

They say the odds of an air to ground lightning strike are comparable to winning the lottery. Out of billions of trees only a couple thousand get struck by lightening and the ones that do which are accessable are only 15%. This is why not only does it carry insane luck and probability bending power but is such a rare and sought after commodity in the magickal community.

Nice post. I was confused by the title, though.

Dang… don’t even use tools but that sounds really cool

It was an awesome find! You can feel lightning radiating from it. I can’t wait to get a wand out of it. Who better to make me one than @AdamThoth the most talented artist I know.

Something I wanted to add that I forgot to mention. Lightning wood is especially useful in summoning storm and lightning spirits or gods like Zeus , Baal, Indra, Thor, Marduk, Hadad, Set etc. I’m going to do an experiment and see if I can use lightning wood to actually cause a storm. I will be back with my results.

Very nice find! This reminded me of a southern folk remedy I was taught as a kid, when we had a oak tree struck by lightning in the woods by our house. The tree was split down middle and there was large splinters everywhere some splinters were even embedded into other trees nearby. The old folks in my family told me to collect some of the smaller splinters and keep them safe they called them devils toothpicks. They said if you have a toothache and use one of the Devils toothpicks it would get rid of the toothache as quick as lighting! I never got to try out if it worked when I was a kid and lost the splinters soon after.

I was reminded of this episode of the simpsons. Homer makes a baseball bat out of lightning wood. 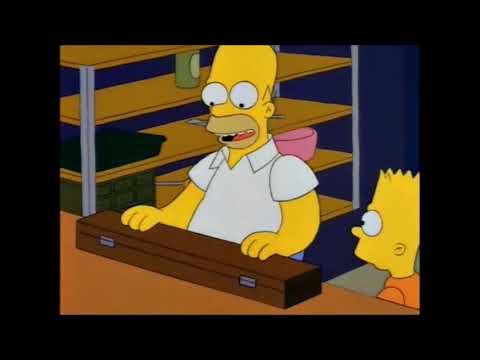 When looking for lightning wood be careful not to get ripped off by someone online claiming a piece of campfire wood is lightning wood. 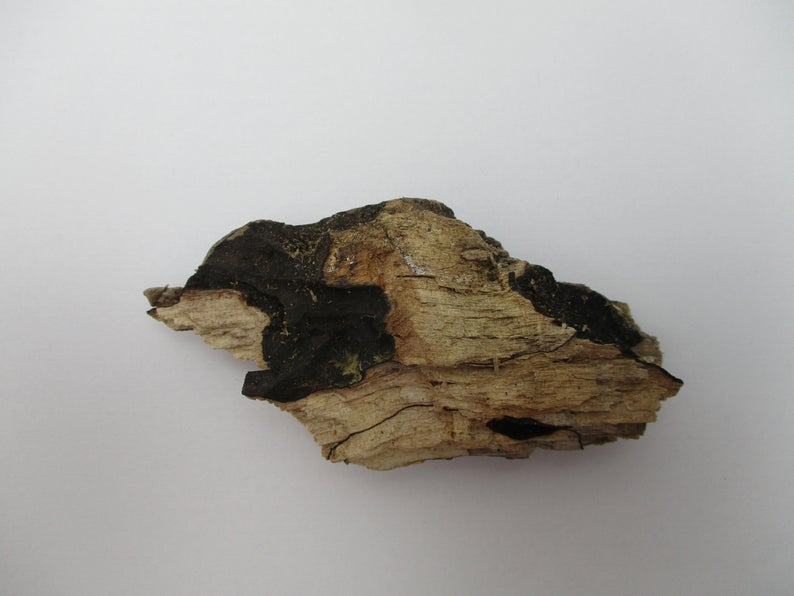 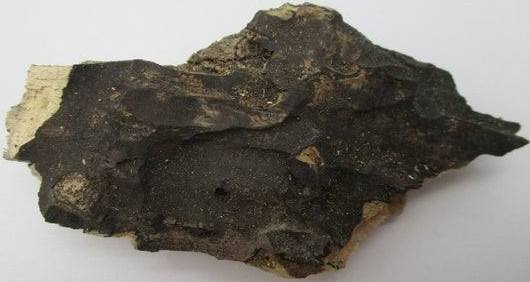 Know the difference! The photo above is from someone claiming its lightning wood but as you can clearly see it’s charred almost black on one side yet fresh white wood on the other. This is the first sign its a fraud. Wind and rain will wash away the loose black charring and leave behind a golden brown color caused by the retention of heat after the strike. This is because the tree has natural moisture and the heat roasts the wood. Where as a piece of campfire wood is dry and will blacken easily on one side yet not roast clean through because wood is a very poor thermal conductor. The natural moisture in the tree struck by lightning causes a roasting effect. Below I compare a piece of the lightning struck wood to a piece of the same wood from the same tree that didn’t roast. You can clearly see the white wood and the difference. Don’t get ripped off! 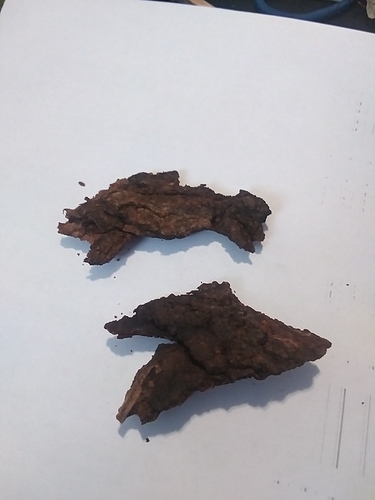 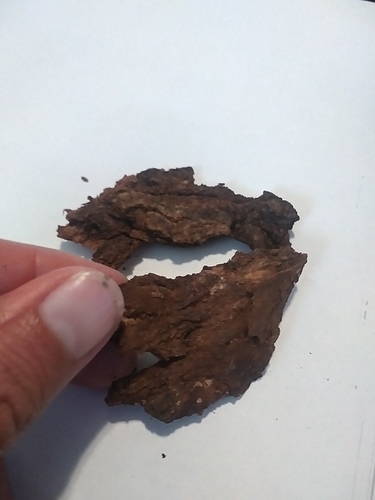 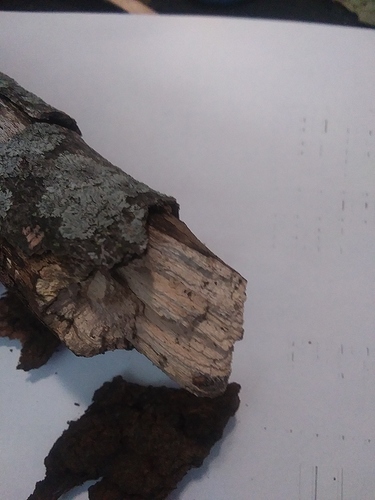 20200818_1234182448×3264 3.12 MB
Also if they only show you a picture of the wood and not the actual tree struck its another sign of a potential fraud. But look closely at the details and know the science so you can see which is real lightning wood and which was taken from a campfire. Also beware people selling it in ground powder form because there is no way to tell if its from the ashes of a fire. Tiny chunks is as small as it should be 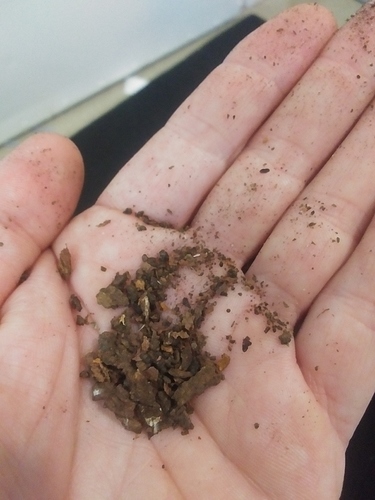 Very cool and fascinating! There is one thing I’m curious about though, how does lightning wood help in sex spells particularly? I’ve never once heard of there being a connection between the two.

Oh I’m so glad you asked. This should explain everything… 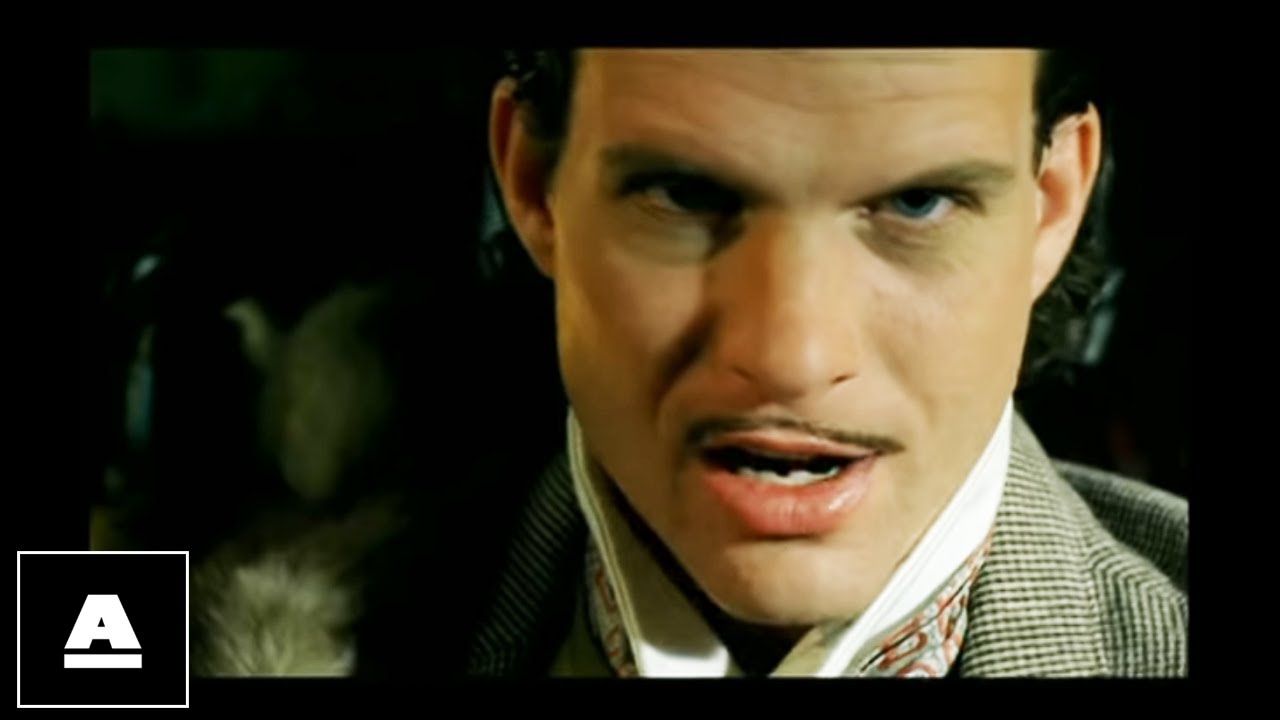 @AdamThoth is kind of an expert on this topic, his dick is lightning in a bottle

When I first saw your screen name I legit thought it said “SHITLIST” I was like, " This guy is fucking hardcore based"! Impressive! Lol

Dr. Adam Thot, could you please explain how to make a lightning wood? there is a tree in our place that hit by lightning a few days ago, a huge old tree.

You don’t make it you just climb up it and break off the charred parts into chunks.

thank you for your reply