I saw a thread here on the BALG forum entitled Ahrimanic Yoga which dealt with the approach to Michael W. Fords Ahrimanian current. So I figured I would start this thread to point out the difference between both his approach and mine. This is important because though we are harnessing the same “deific masks” as HE calls them our approach is not concurrent. One example is the Zurvanite heresy. He accepts it simply because historically it is known as heresy and he therefore feels it is a platform for LHP magick. I do not accept the heresy and if you have read the free chapter you will know why.

Kunda yoga does not associate the Divs or Ahriman with the chakras. Zohak who is the first Kunda or man turned Div told me that the chakras are of Ahura Mazda while the Kunda force (kundalini/serpent power) is of Ahriman. I had practiced Kundalin meditation for years and so though his wisdom aligned with that which I received through my Shadow of Bundahishn experience I had a hard time believing it. Then as always an external source of information fell into my lap as to confirm the knowledge he was trying to convey. This article can be found by visiting this link… https://www.zarathushtra.com/z/article/chakras.htm

If you read the sample download of BMOA you will come to find that Ahura Mazda (The God of light and stasis) drew the essence of potential from the void. As this potential moved further and further away it was pulled apart due to the unlimited potential of nothing which is all being compartmentalized within the isolated colors of the false light spectrum.

We as a part of his illusory creation (we are not created by Ahura Mazda but imprisoned) are emanations of the unlimited potential and possibility of the void. This unlimited potential cannot ever work itself out on the physical plane and so as prisoners we incarnate indefinitely. Swapping life experiences is like being shuffled to a different cell block.

The chakras are therefore torn aspects of human consciousness which have been isolated from each other like the unlimited potentials of the void. The objective of Kunda Yoga is to use the yoga science of mandala (sigil) mantra (name of Div) as well as Asana (which Ford neglects to integrate) to move specific aspects of eternal darkness through the energy centers to absorb the separated colors of the false light spectrum and re-unite them with the darkness of void.

This is in itself an alchemical pathworking which prepares the adept to receive the mythological Garb of Darkness worn by Ahriman according to lore. It has sorcerous uses as well and is a form of magick which can be used by the adept as soon as they open the tome BMOA.

The goal is not really to unite our consciousness with an external divine force as we are actually seeking to unite with Nothing/Void, and the unlimited potential of it.

What we are seeking to unite are the two hemispheres of the brain and the conscious and subconscious mind so that this reality can once again serve us instead of us having to serve a political agenda. 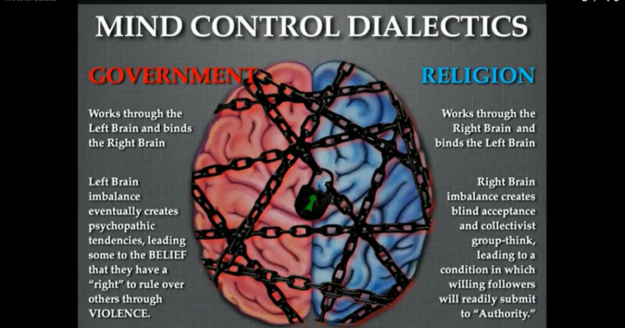 We in modern times are given two false choices built into the system of religious and governmental duality. These choices are chains which bind us to either left brain or right brain thinking which (as previously stated) limits the vast potential of the inner divine power we seek through BALG.

Kunda Yoga addresses this directly while creating a synergistic effect through other principles built into the current itself to ensure success upon the Path of Smoke. I hope this clears things up a bit as I would hate for anyone to miscconstrue this with anything else including modern yogic traditions which have been circumvented to serve the religious paradigm which exists today.

No. The correct term is Kunda yoga. Kunda is translated as Man turned Div. It is indicative of the fact that Zoroastrian doctrine directly demonized the concept of raising the Kundalini energy or the serpent power. The two heads on the shoulders of the three headed dragon called DoMar and Dehak in Zarathustrian lore are actually the Ida and Pingahla of yogic traditions. These Dark Gods are demonized Vedic/Hindu Gods and so this comes as no surprise. Of course you never heard of this before. It is revolutionary and indicative of the Apocalypse my friend. All that is hidden will be revealed. This is not new. It is actually ancient wisdom which has been kept from mankind. 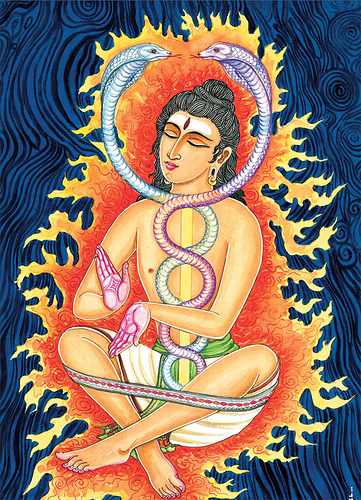 Lol! Let me make sure I did not come off wrong there buddy. The correct term in the context of my book is Kunda Yoga. Kundalini Yoga is an authentic Yogic tradition taught and practiced today.

Lol! Let me make sure I did not come off wrong there buddy. The correct term in the context of my book is Kunda Yoga. Kundalini Yoga is an authentic Yogic tradition taught and practiced today.

Many things for enlightening me brother <3

Also is it your book, Ahriman and the path of smoke that your are selling or is that the other dude?

You are welcome brother. However true enlightenment comes when you come to know that you know nothing. I am no “master”. I am no different than you. I am just fortunate enough to be able to share my experiences. We are all masterpieces in progress.

Black Magick of Ahriman is being published here through BALG. It is my book yes. If you like you can download the free sample here. http://www.becomealivinggod.com/kurtisjoseph/ahriman

The sample iis a living gateway of gnosis which by itself will plant the seeds of backward understanding. This book is nothing like the work of others trust me.

You are welcome brother. However true enlightenment comes when you come to know that you know nothing. I am no “master”. I am no different than you. I am just fortunate enough to be able to share my experiences. We are all masterpieces in progress.

Well but the enlightenment comes THROUGH you from the Divine

As I use to say to my rune schaman mentor, “I thank the Divine through you” lol

But in your book, will there be about kunda yoga also?

Yes Kunda Yoga is an integer of the alchemical equation upon the Path of Smoke.

Specific instructions are given to Ignite the Blackened Fire of Zohak/Kunda force within, so that the power can be externalized through evocation and imposition of will upon the corporeal plane to defile the creation of Ahura Mazda.

Thanks brother, when something has similiar roots as tantrika and yoga I get intrested. Now I need the patience so wait before it comes out lol

Cool, I was actually waiting for this after reading your posts in my old thread. I have a couple of questions to ask if I may.

No traditional kundalini yoga is not prerequisite. This is the original Kundalini science which has been circumvented through kundalini yoga as it is taught today to feed the system of the religious cages. Previous experience will not benefit or hinder this alchemical process because it is not relevant at all. The rising of consciousness as taught in current kundalini yoga traditions aligns with the illusion of linear time. The goal of Kunda yoga is to EXPAND consciousness by re-uniting the isolated and torn aspects of it (the chakras) and this is in alignment with the true expanding nature of the universe.

The linear method creates an illusion of gaining power by simply moving the power of perception to a higher aspect of consciousness. To re-unite the torn aspects of consciousness is the first step in the EXPANSION of consciousness. (What do you get when you unite the colors of the false light spectrum? BLACK! The darkness of void which is unlimited potential.)
In the mid 1970s physicists and astronomers started looking for the missing matter of the universe. They called it “dark matter” because it is not visible. More recently the discovery of vast spherical energy auras, which totally encircle the galactic disc, indicates the presence of a large mass of dark matter and dark energy outside the galactic nucleus. Dark energy is a hypothetical form of energy which permeates all of space and has strong negative pressure, which explains the accelerating expansion of the universe. It is a relatively new concept that forms part of the “Standard Model”, which states that the universe is composed of approximately 4% visible matter, 23% dark matter and 73% dark energy. This dark matter and energy is the energy-matter of the aforementioned higher planes of Hindu and Buddhist cosmologies and the hidden spatial dimensions of string theory.

In regard to your second question the simple answer is YES!

Thanks for clarifying this Kurtis. I’m actually very intrigued to learn more about this practice. Also, I think I’m about to discover something important after reading the article that you linked (https://www.zarathushtra.com/z/article/chakras.htm). Would it be ok to pm you a question related to this?

Yes of course. I am far from unapproachable. I am not so arrogant as to think I have “fans” and that they are somehow less than. If I want to get my message out there I have to interact with people. It is the work and the message of it that is of most importance.

How does this work transform man as a sorcerer?

It liberates you of the limitations placed upon your consciousness through the separating and dividing of the various aspects of it. These torn aspects of consciousness are indicated through the separate energy centers within the human body. It re-unites you with the unlimited darkness/unknown potential of the void. It is important to read previous comments to get a greater understanding of this concept. The process of incarnation is what divides these aspects of self preventing you from becoming whole on the corporeal plane. Their is so much to this. Lol! This is why I wrote the book. Abwahahahahahaha!

Does Kunda Yoga incorporate a series of asanas or is it more focused on seated postures?