Tonight friday February 1st 2020 I’ve finally decided to do something after years of just studying and learning. So I’ve drawn my first sigil ever and I’m gonna put it under my pillow. I’ve also decided after weeks of consideration to start a journal of my magickal progression, and share it with ya’ll. Hail King Paimon!! 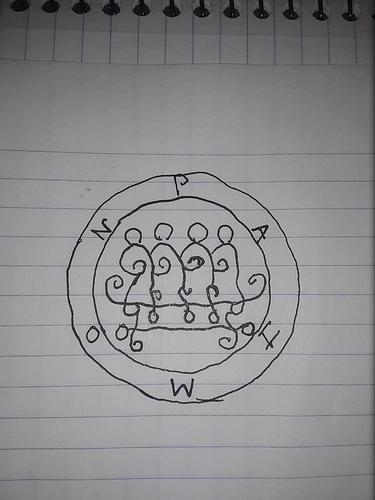 UPDATE: I tried to just edit my post but for some reason it wouldnt let me. Anyways on with the update. So last night I drew my first sigil ever(of King Paimon) and I put it under my pillow and listened to some King Paimon chants and binurial beats. I dont recall anything out of the ordinary. Dreams were as usual, no fluctuation of energies or presences or anything like that. Not sure if I did something wrong. 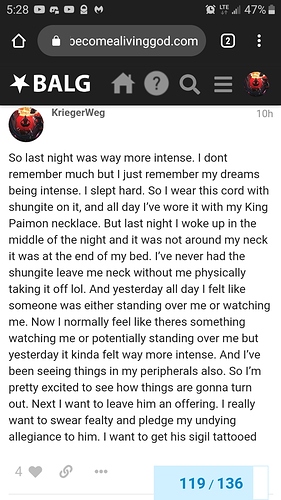 So I’ve kept King Paimons sigil under my pillow this whole time. And I’ve also been actively calling him in ritual. I need to train my senses more as I feel like I’m just going through motions compared too actually making contact. With that being said though, I have been having pretty vivid dreams since putting his sigil under my pillow. I’ve always had vivid dreams on and off but something is different about these dreams. Nothing seems consistant among them though. Just now though at this very moment I was just talking out loud to him. Asking him to personally appear in my dream and give me some insight to a pact I’d like to make with him. And just then there was a loud crashing noise outside of my room. I havent gone to check it out but I think I’m about to go see what it was. I have a mild feeling of unease mostly because it is unknown. Time to go make it a known I guess lol

So last night I thought I was being attacked by several different entities. Not necessarily at the same time but one at a time. Everytime I would hold my ground and try and fight it off. Now I was just in between consciousness and dream world. The first entity I actually got into a fight with, it through me around my room and I just kept trying to fight it off. The other two took place in a cathedral. I kept trying to obtain “sucess” and everytime I tried these other entities would mostly only try to scare me, nothing more. Apparently I was being tested by King Paimon finally. I’ve been waiting awhile for him to test me. I felt alot better knowing this now