King Paimon and his tests/attributes

No problem! Every magician is right to have an attitude! I encourage it!

. When dealing with someone as formidable as this King, I just want to warn you that you need to tread very carefully. For instance, I never was truly intimidating until I worked with him. Now, I scare the living shit out of people. It’s not me though, it’s him in me. Just offer something sweet,and make sure you offer your devotion to him. He does care about loyalty, so don’t be calling on heavenly angels or seek prayer from the church/synagogue after working with him. I knew someone that tried to play both black and white magic and it is still destroying that person’s life. All he/ she is doing is creating spiritual tornadoes that he/she is swept up in, bringing this person to virtual destruction. Just be sure where you stand when you call, because he is short tempered, firmly spoken, and quick in his answers. He is very matter of fact with most people. Although, he does have a sense of humor, but not when it comes to Himself. (He may jokingly mock you.)

Dude… I tried going back and forth working with the powers of heaven and hell and something told me No. I started the LHP a few weeks ago and King paimon was the first demon i summoned ever since then its black magick. Reading it,watching it and living it.

Well, that’s really smart. Stick with one. That’s been my experience. Light will undo darkness, and vice-versa. It’s kind of ironic that I would end up on a thread like this. One time I was feeling under the gun regarding resources, and gave Paimon a small amount of grapes. My girlfriend, a clairaudient, started laughing after I put them out. She said he told her to “Tell your boyfriend he’s a cheap son of a bitch!” Afterwards I ran to get more grapes. I think he was mocking me and letting me know he was displeased in a smug sort of way, because she was laughing. I immediately apologized and always present an offering with sincere intent, and not under compulsion.

Lol awesome Yea im alot more comfortable with paimon now i evoke him just about everyday during meditation. These guys dont play though and i admire that.

As I have mentioned elsewhere, he is a king. He teaches how to use influence and manipulation in organizations especially in political and corporate sectors. The main thing is to address him as King Paimon and give him the respect he deserves.

I drew King Paimon’s sigil and consentrated on it and put it in my pocket before I went to work for a job interview for a promotion today. When i got to work all of the computers were down not just at the site the main server on the west coast (im in midwest). Our phones were down so even if we got the computers were working we wouldnt get any calls.

Lucifer spoke to me after he stopped laughing. He said it amused him to see everyone running around like ants.He told me I need to be more specific when I ask for something because I allowed King Paimon into my workplace and he just played with everyone. To test my workplace situation to see who was easy to manipulate.

Also a coworker who is a witch and interviewed for the same position yesterday. Her aura was very strong i could tell she must have done something to help her do well. She was very upset today. She said her phone alarm keep going off different times during the night when she never set it.

I told Lucifer I was specific I visualized myself in the position I wanted and asked for it. I heard Paimon say that we met before but he will appear to me when i remember.

Speaking of offerings- I’m going to make a rash assumption that they are not physically consumed. What do you do with the offerings? Ritually dispose of in respect and honor? Much like that of a “spent” sigil?

Take it to a crossroads

This comment isn’t about King Paimon, but it does bring relevance. I’m student poor and thus am very limited on my resources, nevertheless I still focusing on bringing thoughtful offerings.

Instead of buying cheap small candles for Sitri, I’ll buy the more expansive one for viewing pleasure and to show my dedication.

Next I bought an Talisman of Sitri’s sigil (waiting for it’s delivery) to prove that even though I’m limited in my finances. I still dedicate my time and effort to the best of my current situation.

This I believe to be very pleasing and honourable for the Gods/Goddeses. They seem to love seeing true intent and dedication from people.

It is coincidental that you say this as I’ve always debated as to weather or not to purchase various porcelain tailamans/sigils but always opted not to only because the back of my mind thought creating my own tool forth more effort and intent. In fact was kicking it around some more this morning as I made an order. I do wear sigil necklaces and shirts

Its important that you are dedicated to achieving what you asked him to help you with.

Speaking of offerings- I’m going to make a rash assumption that they are not physically consumed. What do you do with the offerings? Ritually dispose of in respect and honor? Much like that of a “spent” sigil?

Leave them for a day, then either bury them or pour/ dump them out on the ground.

This I believe to be very pleasing and honourable for the Gods/Goddeses. They seem to love seeing true intent and dedication from people.

They certainly do!
xD

I was taught to never give your own blood as part of a sacrifice because the spirit or entity that comes might end up wanting to take you. This happened to a mother and daughter who fed their own blood to a Nganga.
My mentor said to first divine and ask what it is that the spirit/God wants as an offering, and start with simple things. Blood sacrifice is always the final option and then one would ask if the spirit wants blood of a bird (usually a bird, or rooster or hen) or in really big cases it could be a goat. However, you should start out small with offerings and save the animals for the spirits to resolve a big problem.
I know that some traditions are down with giving up their own blood; but it’s something that we were taught not to do because it’s taking a chance. Also, when one promises something to a spirit or a God it can’t be taken lightly and one better write it down and never forget to follow through because those spirits never forget.
Hope this helps!

Do you have more info on the mother and daughter? I must say that it is as if Paimon and I are connected deeply now. I call him and he leaves smells in the air my girlfriend can smell. Woodsy smells. Sometimes the smell of frankensence fleets through the air under our noses.

Tonight i was carving a peach pit for protection and thought wow im doing alright for like half an hour i was until i accidentally stabbed my finger. I started bleeding and dripped the blood on my carved pit and for some reason had an inclination to put it art my altar for King Paimon.i didn’t know what to say so i didn’t i just placed it on the candy i had out for him the past week. Im not sure what i expect? More like an improptu gift from an accident 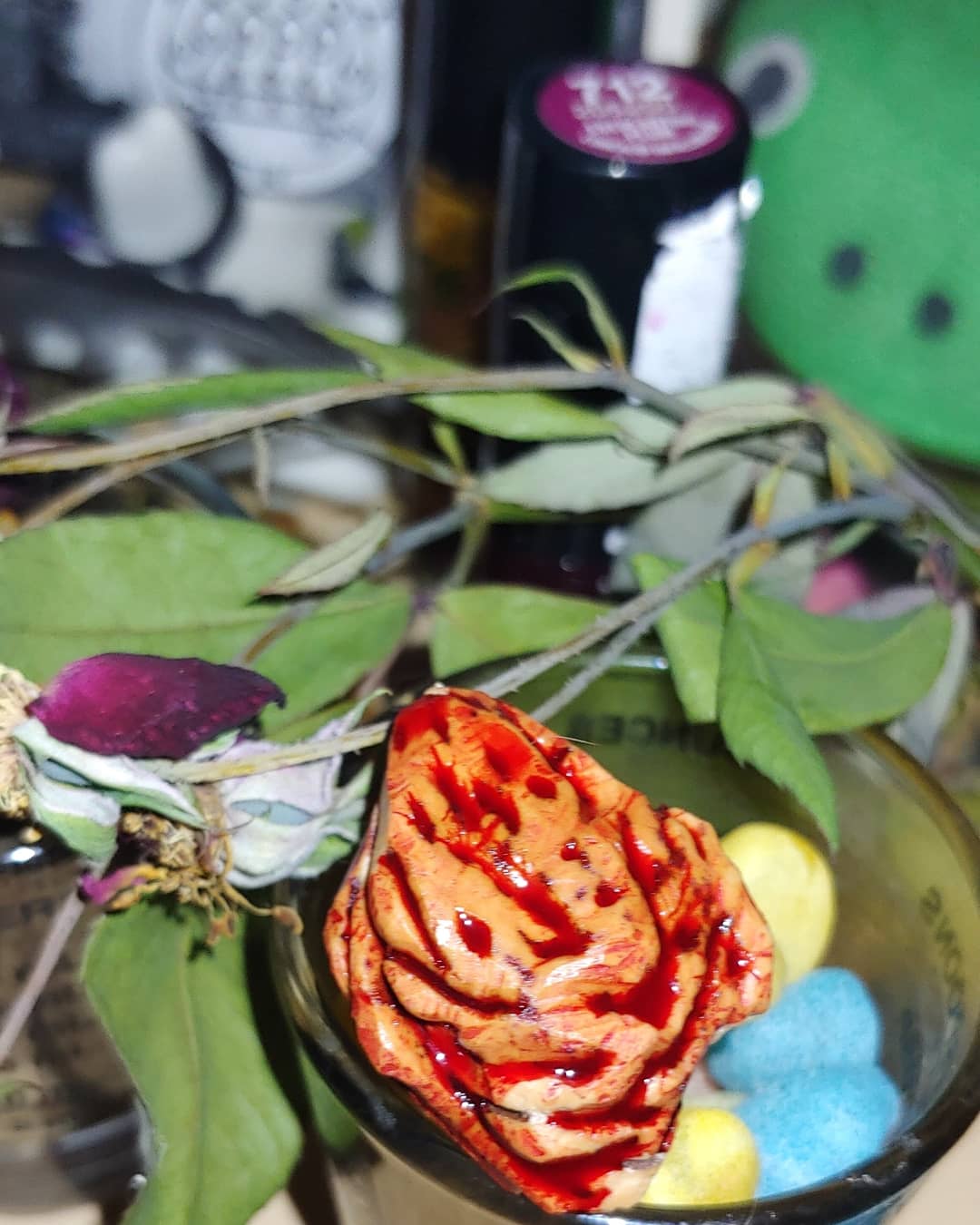 This is tremendously helpful, thank you.

I have eaten the offerings I’ve given in order to injest the essence of the spirit I’m working with.

The only “tests” are those you set up in your mind. There are no necessary tests.
If you perceive a “test”, be sure it will be unique to your state of mind and not anybody else’s, so it’s not much use asking others. Everyone’s having a different experience.