Greetings fellow Sisters and Brothers in darkness. This is my Review on the Deification Ritual performed on my behalf by JS.Garret.
Thank you for reading.

1.JS. Garret is the REAL DEAL
2. Anyone in this path who is fully committed… I highly suggest, would even go as far as saying this Ritual is a MUST, for those choosing to become a Goddess or God.
3.Before you commit to this Ritual be prepared for the growing pains that come along with it. This was not easy. For about a week I was purging, releasing, and letting go. Once this was over like a Switch, my energy, senses, internal power increased tremendously.

Now that the golden rules (in my opinion) have been placed to bear witness too, I will share some details.

The moment the video was released I was called to do the Ritual. I knew without a doubt It had to be done. Have you received the call ?

Like most occult initiations, the work begins the moment you commit and declare your place in the flames. In my case i noticed changes right away. This was before i even paid for my ritual. The purging and clarity process begun. Leting go of old emotions. This was a painful process and only intensified as i got closer to entering the flames.

The Consulttion was next. Brother Garett is a down to earth, wise, gentle being. A powerful healer and conscious listener. I felt heard, met, and safe. We had a very insightful and informative skype session.

Ritual night i prepared my self and altars. Slept a great deal during the ritual. My altars were very active. Going in and out of sleep i felt calm, trusting the process. I felt shifts right away.

The next morning i had a rush of new energy. Yet was highly emotional. I still felt like i was dreaming in a waking state and a little disorientated. Several times Garret expressed this was a possibility.
This consistent deep sleep continued through the week. I intergrate in the dream world. So this made since to me and my dreams were more like mini workshops.

I received my Video! Love it, and watch it often. It is obvious the Goddess and Gods were present.

Now, i am doing great ! Full of energy. Manifestations are quicker, senses are stronger, i have a sense of peace that was not there before.
So grateful and am so glad I invested in myself and practice.

I will add updates and progress as they appear.
wishing you all the best
Eternally
Samhain 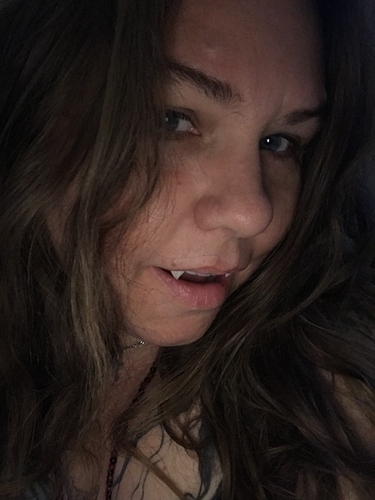 There is a group made on behalf of this ritual me and @J.A.Ragnarson did this ritual for each other. Others are interested in receiving it from other balg members since we did it for each other. Im glad to hear of your success, I too have had very similar experiences so far i feel closer to the gods i commune with my intuition is stronger.

Hey I love the fact that it worked for you congratulations. I’m fairly new to magick infact a complete beginner I’ve only done a few sigils that I learnt from a hypo therapist who was helping me through a hard time. I just recently purchased “asarte sex slave” ritual from j s garret in order to get my ex back. He will be performing the ritual on my behalf. I was just wondering whether you had any tips and any advice considering he helped you. The reason I asked and paid him to do it is because I am a completely beginner and I believe I’m way too attached to actually let go so thought it would be more powerful coming from him