I recently came across a practice known as Sufi mysticism. I posted this topic in “White Magick” because it focuses on love and “God”(Allah).

Anyways, i was wondering if anyone has knowledge on this practice or any type of feedback?

Sufisim is said to be a type of Islam, and this is partially true, but mostly untrue.

There are Sufi Muslims, who believe in getting into gnostic states of trance (Whirling Dervishes) and getting to know “God” By personal experience. You might be thinking, this doesn’t sound like the God of the Qaran

Whom is the God of the Qaran (Allah)?
According to the Qaran, he can only be known through the Qaran and the visions of Mohammed given to him by Allah, who took him deep into heaven and bestowed him with personal experience of the divine which he shared in that book.

Now, for all of you who managed to make it past that doozy of a brain fart produced by an epileptic sorcerer, I can clearly show you how Sufism is something completely different.

Sufisim is a form of mysticism that predates Islam, however, in order to avoid persecution, many of them confused a bunch of ignorant superstitious Muslims and convinced these tribals they were worshiping the same god, in order to avoid getting their heads chopped off like every other mystical religious group in the Middle East.

There are people who are Sufis, as in Sufi mystics. And those who are Sufi Muslims, which are mystic muslims, who aren’t really muslims, but the pretend really hard so they don’t die. They pretended so hard some Sufi Muslims believe they are actually Muslims. However, many Muslims such as Sunni Muslims do not believe this is legitimately a form of Islam.

EDIT: This top video was the intended link, and is only 4 minutes as apposed to the one below that is 16 minutes, for informational purposes I kept both.
http://youtu.be/atKMRZ5snTA
https://www.youtube.com/watch?v=atKMRZ5snTA[/url]
http://youtu.be/0ycmjlVnqkY 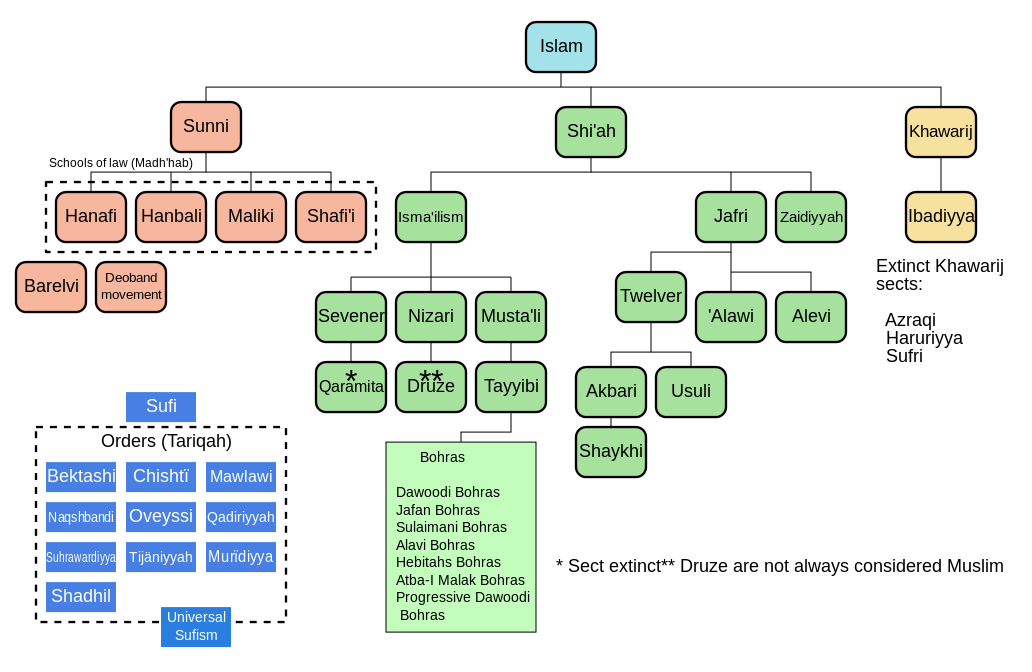 Sunnis and other mainstream groups, believe you know god by a book written by an epileptic who happens to know an incredible amount about sorcery…

This is why certain groups in the Middle East like radical Sunnis living in Al-Sham accuse every other religious group, including other Muslims of being devil worshipers, and are on a war path executing everyone, even other Muslims for not praying to the right god…

Holy shit man, quite a backstory to the topic. Thank you, it was quite informative! So, Sufism, isnt at all about worshipping “God”, its just connecting with him,in order to raise ones consciousness, i guess you could say?

When i came across it, i tried to do some research, but it didnt make sense to me because it is in fact a mystical practice,yet,with the biblical God? haha. That’s what threw me off.

Do you by any chance know the practices Frater?

Thank you for the insight!

[quote=“Titan, post:3, topic:3869”]Holy shit man, quite a backstory to the topic. Thank you, it was quite informative! So, Sufism, isnt at all about worshipping “God”, its just connecting with him,in order to raise ones consciousness, i guess you could say?

When i came across it, i tried to do some research, but it didnt make sense to me because it is in fact a mystical practice,yet,with the biblical God? haha. That’s what threw me off.

Do you by any chance know the practices Frater?

Thank you for the insight!

A lot of people assume this to be a veil for many mystical practices. There were an incredible number of groups that roamed Al Sham including the Nabataens to some degree in antiquity. This is a subject that occupies a couple rare books. In addition to that you should study a good deal of Islam, and other faiths around the same period and most definitely in the same region.

Your request really depends on whether you want to understand their history, culture, or their systems of belief and mysticism, or about how to practice aforementioned systems. Because I see them as all being related.

I jokingly use the term Al-Sham because we can only really describe it by a strange amalgamation of parts of middle eastern countries and the Mediterranean. The current Syrian Civil War, this ancient issue has returned, many people who possess pre Islamic, and Pre-Christian faith exist in the world, many of them have managed to make it thus far, with the aid of Secular governments who (SMARTLY) did not like sharing power with Islam. Part of some of these ancient religions were stolen, bastardized, and then used to persecute the original religious groups who founded these ideas as heretics.

One example:
The Yizidis living in the “Levant” (Another term of dubious boundaries) and Northern Iraq who are now fleeing that area have lived there for approximately 4,000 years during that time and the genocides they have gone through make the Holocaust pale in comparison.

Elements of this faith, as well as several others (I.E. Zoroastrianism) in the area were stolen and meshed into a hybrid belief system that the world refers to as “Modern Christianity”.

Islam is a faith that stole parts of Christianity and Judaism, and Mohammed re-wrote history and basically said small things that piss Muslims off when you remind them that they are not entirely correct. Like “The Abraham of the bible was a Muslim” Sura 3:67, “Jesus was a MUSLIM prophet who’s SOLE PURPOSE was to foretell the coming of Mohammed, just as all prophets before Mohammed” Sura 2:136 and Sura 61:6 also goes as far as to say people’s response to Jesus and his message was that “This is clear evidence of sorcery”. All the way to basically repeatedly saying Jews and Christians have had their scriptures corrupted and they currently practice all manner of witchcraft and sorcery, and are blinded and Cursed by Allah because they are non believers. Sura 6:20 Sura 2:75 & 2:79 Sura 4:51-52

So,taken from all that, there really isnt much difference between Sufism and traditional white magick? One would still have to “surrender to God’s will” even in sufism(taking power from the magician).

But i do follow as to what you are referencing about Islam and Christianity.

Also, i was asking just as for the practices and a little background.