I was thinking about Muslims that walk around the Meccs’s black cube.
Cube is a symbol for Saturn and their walk around it seems like its rings.
So, I was thinking that Islam is a Satanic cult. What do you think about it?

well it’s a cult alright! In a twisted way

A senior siddha once told me that in all the religion only one have their most important ritual/gathering done in the anti-clock ( Left hand’s movement, RHP’s movement is from right to left ) direction. Guess which one. And there is no Coincidence in existence. Not gonna elaborate on this as criticizing Islam is against the rules and there are some cheerleader minded crazy satanists here.

criticizing Islam is against the rules

Criticising Islam is not against the rules, commenting on political Islam such as mass migration, activism to promote islamic agendas in traditionally non-Muslim nations, political Islam, etc., is.

Islam is not a Satanic cult per se, but it does have its mystical orders leaning in that direction. So it’s to no surprise if the mainstream religion carries some of those undertones.

ALL religions are a cult. And do a lot of borrowing.

Is criticism of Sharia law allowed?

Is criticism of Sharia law allowed?

Sharia is integral to Islam itself, and is not a bolt-on or “extremist version”:

Sharia (/ʃəˈriːə/), Sharia law , or Islamic law (Arabic: شريعة‎ [ʃaˈriːʕa]) is a religious law forming part of the Islamic tradition.[1] It is derived from the religious precepts of Islam, particularly the Quran and the Hadith. In Arabic, the term sharīʿah refers to God’s immutable divine law and is contrasted with fiqh , which refers to its human scholarly interpretations.[2][3][4] It has been described as “one of the major intellectual achievements of Islam”[5]…
Source: https://en.wikipedia.org/wiki/Sharia

So it can be discussed as a concept, but not where it crosses over into politics, such as the English sharia courts or political/activist reactions to the sharia sentences for adultery conducted in traditionally Muslim nations.

For example, from that same page, this would breach the rule on topics or posts which have as their core premise, discussing the political ramifications of Islam:

The role of sharia has become a contested topic around the world. Attempts to impose it on non-Muslims have caused intercommunal violence in Nigeria[13][14] and may have contributed to the breakup of Sudan.[3] Some Muslim-minority countries in Asia (such as Israel[15]), Africa, and Europe recognize the use of sharia-based family laws for their Muslim populations.[16][17] Some jurisdictions in North America have passed bans on use of sharia, framed as restrictions on religious or foreign laws.[18] There are ongoing debates as to whether sharia is compatible with secular forms of government, human rights, freedom of thought, women’s rights and banking.[19][20][21]

If anyone wishes to give the site owners feedback on this rule this is the correct topic for that: [Peace Treaty] Community Unity - No More Politics

Oftopic: I am not sure is it satanic cult or not but it is fact perhaps the only genuine paid wizards are Muslims - e.g hodji - this is plural form of the word hodja. Only their old generation. Unfortunately, most of them are not alive anymore. They would want from you as a tax “as much you want to pay”. When I visited hodja twelve years ago with a friend he was 88 years old and invited us at lunch. AFAIK he is not alive now. When I paid him he started to hesitate “Is it too much? I want you to pay as much as you want and this to made you happy.” It was very warm summer. There was enormous heat but when the hodja started to read incantations on Arabic and to count with rosary it becomes cold. He was able to do divination with bones.

A cube is symbol for a lot of things including the element of earth and all the things inherent with that. Going in circles around stuff is pretty common in religions and most other things as well. Now from my experience Satan is a pretty messed up being deep down is he messed up to be patron of a cult like Islam, well it wouldn’t surprise me. Now I doubt it directly has much to do with Saturn in fact satan himself would seem to have very little to do edith Saturn.

So I would say no to Islam specifically being a satanic cult. They pay plenty of lip service though. I don’t have much good to say about it in fact beyond them being good target practice for being in the public eye en masse so often and they are an outdated primitive religion that unlike the other Abrahamic religions never properly evolved for the modern setting.

Ty. So you can discuss the rules of Sharia but not thier effects?

Ty. So you can discuss the rules of Sharia but not thier effects?

From the Picatrix we know that a LOT of Middle Eastern/West Asian countries had astrological magic and leanings, pre-conversion to Islam that is.

The area south of Mecca belonged to the Nabataeans, and apparently they knew about the Kabba before the preaching of Islam. 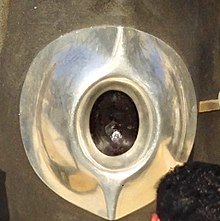 The Black Stone (Arabic: ٱلْحَجَرُ ٱلْأَسْوَد‎, al-Ḥajaru al-Aswad, "Black Stone") is a rock set into the eastern corner of the Kaaba, the ancient building located in the center of the Grand Mosque in Mecca, Saudi Arabia. It is revered by Muslims as an Islamic relic which, according to Muslim tradition, dates back to the time of Adam and Eve. The stone was venerated at the Kaaba in pre-Islamic pagan times. According to Islamic tradition, it was set intact into the Kaaba's wall by the prophet...

Well, to understand why Muslims circumabulate around the Ka’bah in a counterclockwise fashion, one has to understand that when Muhammad bin Abdillah took over Makkah, he wanted to preserve some rituals (manaasik) but Islamize them. Hence, he kept the importance of the Ka’bah but removed the idols from it. He kept the importance of the tawaaf (circumambulation) but changed it from clockwise (which the pre-Islamic Arab pagans did) to counterclockwise.

An interesting thing is that al-Hajar al-Aswad is considered very holy by Muslims. Many try their very best to kiss it when they perform tawaaf. There’s a belief that if you kiss it, all your sins are forgiven and a place is secured for you in Heaven. All this even though, ostensibly according to the fundamentalists, its sole purpose is to help mark the beginning and end of a round.

If you ask a Muslim why al-Hajar al-Aswad is so holy, it’s difficult to come up with an answer that doesn’t involve shirk (denial of absolute monotheism).

The Qaramaatiyah understood this: they stole the stone and broke it into pieces, accusing other Muslims of shirk.

I wonder if any Muslim has made an argument that Allah blessed the stone, and thus it has special properties. Kind of like blessed items from a Catholic priest or such.

I don’t know enough about Islam to know if that would even be possible from a very strict fundamentalist perspective though.

Circling the black stone started out as a pagan practice. Before Mohammed started Islam, he was a pagan, and a lot of the pagan practices made their way into Islam.
Islam is very much a mishmash of stories and customs that were common or popular during Mohammed’s lifetime. This is most apparent when looking at their ideas surrounding biblical figures eg. The story of Abraham falling into a fire ( interestingly, it’s this story that is used as the reasoning for a hadith that commands Muslims to kill lizards. This is despite the fact that it was never meant to be taken as anything more than a story, even during Mohammed’s time )
So little tangent aside, it has some pagan practices but you couldn’t really ever call it a pagan cult… Or even a religious one, since your god needs to exist outside your prophet’s head for that

Ummm no. Satanism is a religon of freedom and independence while Islam is a sheepish religon which focuses on your obidence.

Muslims also pray 5 times a day which is ridiculous to a Satanist and they practically hate the Jinn and Demons and Female Angels (all of which are allies to Satanists).

hate the Jinn and Demons and Female Angels

Actually this is not true. There are good female jinns in Islam folklore. They are named good peri.
Some kind of succubus equivalent but without sex (for this I am really not sure). When I was a child I read folktales about them so probably the sex part was censured (if there is a sex part).