Did you not hear the news?

You know what time it is then?

Leraje, or Lerakhia how he’s instructed me to call him, has stated that:

As for point 3, he states it is not that he brings harm to the user, but that his aspect can and will manifest illnesses in his/hers life if they are not strong enough. So please, brothers and sisters, be wary of that. He explains that it is a sort of zenit situation where his power has been manifested with such strength that it would be like approaching a volcano to roast a marshmellow.

Of course, risk of illness may not apply if you call him to resolve disputes for you or cause illness to someone for you. It can happen only if he is summoned/worked with for this reason.

I thought he was joking or that it was the typical spirit test to determine my seriousness, but my right leg began hurting badly for no reason until I paid heed.

I say it is the best time to strike back at them and what they represent. Do not fear for the captured victims they might have, all in all, you’re doing them a favor. Spread the disease undiscriminately, let them scream, let them burn for all they have done. A pox in their lungs and a rot in their heads. May their tongues bloat, blacken and fall off.

May their bodies feed the rats.

He explains that it is a sort of zenit situation where his power has been manifested with such strength that it would be like approaching a volcano to roast a marshmellow.

Can you explain more about how this zenith came about?

But my government would NEVER do tha…ok, nope they actually would…

I wonder if someone high up threw a little Goetia into the mix for added measure.

Excellent use of our taxes, if you ask me!

This just in! Even children and teenagers are turned into sociopathic tyrants. Video (graphic): https://archive.org/details/fnl_ak 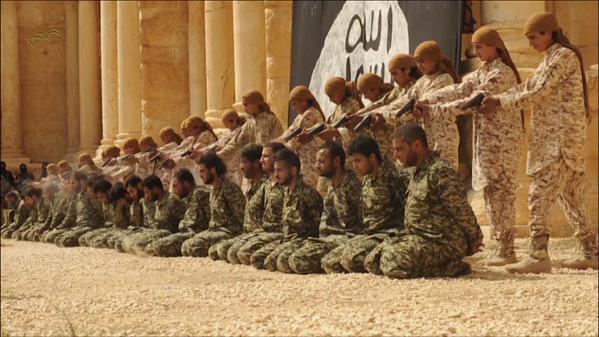 Seems like world govt. are unwilling to rid humanity of ISIL. Air strikes have been carried over the Islamic State since last year, already, but they’re still going strong…

By the way, she can be hired for custom evocation rituals (all Goetic Spirits, and more).

A buddy whose ex Special Forces laughed because everyone was upset that Obama says ISIL is not a concern but during the Jade Helm exercises he declared texas “hostile territory”. He told me when the president says “ISIL is not a concern” that means “we have operators on the ground and we will handle this swiftly and quietly if they fuck with our oil investments”. Gotta love Uncle Sam ]

“Generals gathered in their masses
just like witches at black masses…”

[quote=“333, post:1, topic:5016”]He explains that it is a sort of zenit situation where his power has been manifested with such strength that it would be like approaching a volcano to roast a marshmellow.

Sorry I never replied, I was away with some shit to do D: Well, back then he implied doing long rituals that repeat for about 9 days. The problem is, at least how it explained to me then, if you rise disease it kinda rises from yourself too, so that would be the major issue here.

Can you explain more about how this zenith came about?[/quote]