Is anyone familiar with the Fairy Queen Sibylia?

I found out about the fairy queen Sibylia from author Arundell Overman’s pdf work. He wrote about the method of conjuring her, as it is described in the Discoverie of Witchcraft, 1584.

Here is an illustration of her by Ville Vuorinen for the book “Magic Circles": 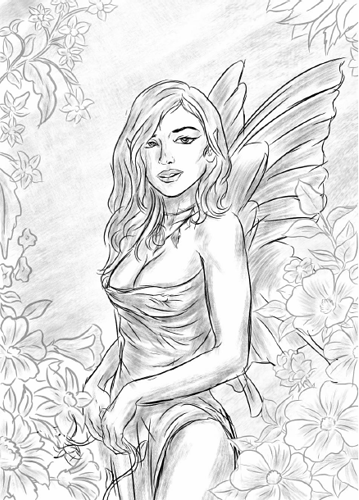 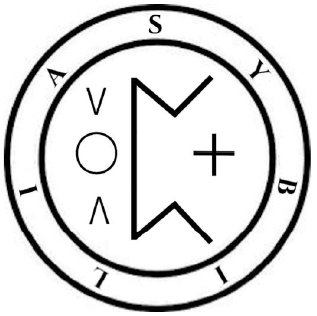 There is a lengthy conjuration in the book, but here is Overman’s note in his pdf:

“Note: There are many points to look at closely when examining this ritual. Notice that the fairy is called by both the name of Jesus, and Tetragrammaton, meaning Yahweh/Jehovah, the name of the Hebrew god, and, by “the king and the queen of the fairies.” This would almost seem to hint at earlier Pagan roots of the ritual, where fairies were invoked by the name of their king and queen. Some people in the modern age, being of a left-hand path orientation, might choose to completely rewrite the ritual, leaving out or replacing the Hebrew names with those of a Pagan or Satanic theme.
The fairy is a Pagan spirit, yet the ritual describes summoning her through obviously Christian conjurations and names of God. On one hand, the person calling the Fairy seems scared of her, that she might do him harm. On the other hand, he is asking her to have “common copulation” with him, meaning sex. This is very curious, but behind it, is the idea that the magician is invoking a fairy to be his friend, and his sexual partner, and magical helper, as the following invocation shows. Whoever would be bold enough to invoke a fairy, should be kind to them, treat them as a friend, and offer them gifts. Do not think that you could force them to do anything, rather, treat them as allies and friends, offering gifts, and speaking with respect. The Fairies give a ring of invisibility.”

As with any entity, I will try to use the TGS method to invoke her and sleep with her sigil to try to contact her in my lucid dreams.

I was finally able to contact the fairy queen Sibylia herself. And it was a challenge.

I found myself sitting in front of a mirror. When I realized that I was dreaming, I started to call on Queen Sibylia. I called out many times to no avail. I then noticed in the background a group of people talking. Among them, I recognized this very gorgeous blond woman sitting with them. It was her.

The illustration by the artist above did not do her justice. She is very beautiful. Even though she looked like she was in her twenties, you could sense that she is much older. You could tell she had wisdom beyond her years. She wore a tight, pink halter top dress with a subtle floral pattern. Just like the picture she has a slim, attractive body. I didn’t notice any pointy ears. Her long blond hair was covering them.

I kept calling out to her. She was ignoring me! So, I demanded that she speak to me in the name of Lucifer. That got her attention. She got up and walked over to me, gesturing to me to shut up and she pulled me aside.

Sibylia: What do you want?
Me: I need to speak with you.
Sibylia: Okay, I’m here.
Me: I only want two things. I know that you’ve heard it all before, so it’s not what you think.
Sibylia: Tell me.
Me: First thing, I don’t want to be rich and powerful. I just don’t ever want to have to worry about money ever again for the rest of my life.
Sibylia: That’s being rich.
Me: No, I don’t want to be rich. I just want comfort. To never worry about money ever again. I’ll have my needs met.
Sibylia: Okay.
Me: Secondly, I don’t want to be able to get laid by a bunch of women. I just want to be attractive to women. I’ll do the rest on my own.
Sibylia: So let me understand. You just want to be able to get women, but you don’t want a lot of sex with them.
Me: Right.
Sibylia: Weird. Okay.
Me: If you need more info about me, you can talk to Lucifer, my Higher Self and even my Lower Self even though I don’t like him. He’s sort of an asshole.
Sibylia: Hmm.
Me: You are very beautiful.

She was reluctant to shake my hand and she went back to her friends. I could tell that she noticed that I was different from other humans in what I asked of her. Like most blonde Caucasian women, I’ve met in my life, she was acting flaky. Not arrogant but annoyed at best. I can tell that she is a kind person and wise (suspicious) about what we humans are like.

On one hand, the person calling the Fairy seems scared of her, that she might do him harm. On the other hand, he is asking her to have “common copulation” with him, meaning sex. This is very curious, but behind it, is the idea that the magician is invoking a fairy to be his friend, and his sexual partner, and magical helper, as the following invocation shows. Whoever would be bold enough to invoke a fairy, should be kind to them, treat them as a friend, and offer them gifts. Do not think that you could force them to do anything, rather, treat them as allies and friends, offering gifts, and speaking with respect.

I can see why she doesn’t want to be bothered. Like any woman, she thinks that every man wants to bang her. And very wary of those wanting to be her “friend”. I think that she grudgingly respects my boldness, being that I was insistent and mentioned the authority of Lord Lucifer. Otherwise, she could sense that I was different and not a threat to her. I will no doubt make an offering to her and hope that she may truly be my ally and friend.

As usual, tell me what you think. Can @DarkestKnight, @Keteriya, and @UnseelieDiabolus weigh in on this? I did a forum search on “fairy” and your names came up.

Does anyone sense anything from my story? Has anyone else had an experience with fairies? Fae? Elves?

Interesting. In my experience, the Fae are generally very good looking, so her appearance makes sense to me. My Fae guide always appears as a buxom young lady, for example,

Every time I’ve attempted to use the Goblin Key, I’ve gone to the same place, but it’s nothing at all like what the others describe, so I can’t confirm that my work with this has any basis.

I look forward to seeing how it turns out for you though, I was excited about though I seem to have failed.

The Fae appreciate people who don’t litter and care about the Earth. You don’t have to be a vegan or a hippie, just more aware and conscious of one’s impact upon the Earth.

If you want more of her attention, clean up a park that has rubbish, or when on a nature walk or at the beach. Or all three.

You want to show that you are trustworthy and seek a closer alliance and friendship with her, or even just the Fae in general.

Another thing: use biodegradable cleaning products, for your home. This one seemed to be a biggie-I was guided to do this years ago, and still do it, and my Fae Guardian appreciates it.

I’m not a vegetarian, vegan, hippie or even zero-waste. I do my best, with the lifestyle I have, and with the budget I have. These two actions seemed to catch the attention of the Fae best, and I was given non-material gifts in return, that I still remember and cherish to this day.

In my experience, the Fae are generally very good looking, so her appearance makes sense to me. My Fae guide always appears as a buxom young lady, for example

Exactly. “Buxom” is an excellent word. If that word came to mind, I would have used that. As the old school song says, “She’s a Brick HOUSE!” But, she’s also like that with her slim figure. As I said, the drawing did not do her justice.

1. (esp of a woman) healthily plump, attractive, and vigorous

E.A. read my post on his Odysee chat. Awesome!

I think that I just received a response from the fairy queen by way of a Youtube video:

How to Not Piss Off the Faeries 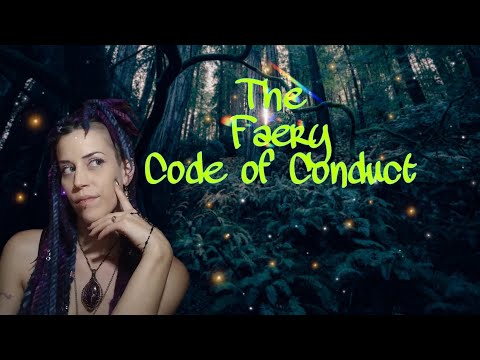 Phoenix Faeryfire basically warns in her video that fairies have a very interesting way of interacting with people. They demand respect, politeness, and good manners. Also, don’t accept anything from them. And, they see every interaction as a contract. As mentioned above, they like gifts.

Just like their counterparts, the jinn, fairies are known to be trickers and many of them are malicious. Plus, they like their privacy and are very territorial.

I’m sure Queen Sibylia means well and is a really nice person.

I can take the hint, your majesty. I’ll leave you and your kind alone!

And I recommend that you all do too.

I can take the hint, your majesty. I’ll leave you and your kind alone!

And I recommend that you all do too.

Well, I’m kinda connected to the Unseelie Courts, thanks to the Changeling Rite of @UnseelieDiabolus, so that’s gonna be a problem lol

personally I dont buy into the whole ‘faeries are evil’ thing, I think it’s just become a trend to say. i’ve only ever met nice ones.