Hi all! Someone already gave me their thoughts on this… thought it wouldn’t hurt to get other opinions.

I tried to invoke Lucifer.

I burned the candles and incense. Got into a meditative state. Drew out his sigil. Chanted his enn and directed sexual energy to the sigil to activate it… along with trying to flash it (which did not happen) and ultimately burned it to send it out.

I chanted the enn some more and sat in meditation.

As I sat there, eventually I saw a man in white robes or a toga appear. He was very distant from me though… so distant that he appeared small. He did have a powerful presence about him though and seemed very wise and confident… maybe regal… and maybe a little dark and brooding.

Where he stood… it was to the diagonal right of me and it seemed like he was standing on a street corner… like he was down the street from me.

I did ask if this was Lucifer, and I got a yes… but I felt as though it might be my own mind and not him. I did try saying some other things, and kept getting cut off… like being talked over.

After that, I remember there being two men… but I have no recollection of what went on between them… though I feel that there was some significance to it.

Then, I saw one of those Mexican white sugar skulls that are really beautiful with all the colors painted on for Dia de los muertos. It was large in my field of vision and colorful.

Then I saw what looked like Cinderella’s coach that took her to the ball. The coach itself was more of a shadow, but the door was very vivid gold.

This is all that I really got… so I ended it.

I didn’t ask for anything because I wasn’t sure that I even made contact with LUCIFER and my intention wasn’t to ask him for something the first time but to introduce myself and get to know him.

What do you all think?

I think that when it comes to wanting to be sure we’ve made contact with the right being, we got to trust, but we can also keep working on ourselves psychically until we’re at that level that we do know for sure. And if you keep working with Lucifer and reaching out to him you’ll get closer and form a bond and recognize him better over time.

Imposters will generally act very out of character or say/do things that don’t align with our own common sense. Over time it becomes apparent. I’m sure the real Lucifer is more than capable of hearing you.

First of all, congratulation for your experience. Well, I don’t know, it’s something Lucifer could do, but also something an imposter could do.

In my opinion, I do believe that Lucifer heard you, came and showed you something. I don’t think it matters if what you saw was from him or not, but things came to be the way he wanted them. All according to his plans, if you will.

As I sat there, eventually I saw a man in white robes or a toga appear. 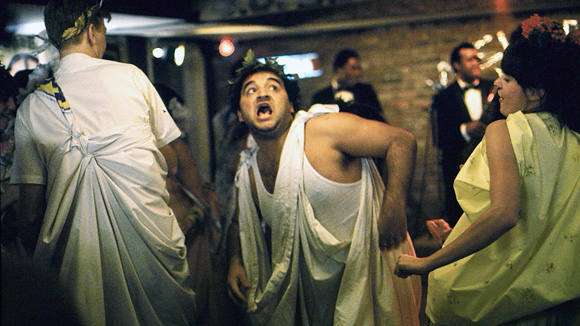 Thank you. That is true. I’m going to do it again tonight and see what happens.

I guess I was just expecting something… grander lol. Even though I tried to put expectations aside. Haha.

Maybe I couldn’t handle it! Or maybe it was an imposter and that was out of character? Idk

But I’ll keep developing myself.

Thank you! It was interesting.

Yes, according to his will. But I do believe it matters though… if it wasn’t him. I just say that because of imposters.

But I do agree it’s possible he heard me, whether he came or not, and whether what I saw was from him or not.

Lol… much higher quality than that

Yes, according to his will. But I do believe it matters though… if it wasn’t him. I just say that because of imposters.

You can always banish of course.

It does seem as if you made contact, the thing about talking over you before you have finished your question happens to me often when speaking with entities, i think its because they know your question before you have a chance to voice it so Id say thats a gd sign that you def were communicating.

I have had grand experiences from Lucifer, feeling-wise anyway. But often it’s just feelings and telepathic communication. Plenty of people would consider the impressions you got to be a ‘grand experience’. Depends on your personal level, which can be improved upon.

The man in white is a symbol and is a messenger of knowledge to you that you have been heard. He is interrupting you as you have indeed got the right answer with your quest Lucifer.

The skull is symbolic of intellect and knowledge you are seeking and suggest that aspects of yourself that you have suppressed are now coming to the surface to be accomplished.

The old carriage is your journey and it’s beginning to travel along your path with a golden door with knowledge and foresight to enrich your mind.

Wow. Really? Ok then. Thank you.

I guess it’s just a matter of knowing what to look for. It was my first time invoking him after all. Lol.

You know, you’re right. Because I have developed my skills before coming to all of this.

I guess that I was understanding people’s experiences wrong. Ultimately, I guess these spirits communicate through symbols and impressions like any other.

I guess I’m over thinking it like I always do.

“Time to use your common-sense Baby Dragon” lol

Thank you for that interpretation. That actually all makes complete sense with what I set as my intentions going into ritual.

I guess I did connect and didn’t recognize it because of expectation.

That’s a great learning experience … to make sure I have fully set aside expectation. I thought I had… but I guess not.

You’re welcome! All the symbols are there Lucifer a Deity of light and knowledge, your introduction. All you have to do is understand the symbolism behind the responses to get who and why they are responding with many positive signs of enlightenment and your journey and new quest.

Yes indeed. I look forward to the enlightenment!

I wanted give a quick thanks to everyone. I believe that Lucifer did in fact hear me.

The past few nights I have had some signs in dreams.

I had a dream that there was an Oracle card pulled and Lucifer was on the card, and the Card name was Noble. The message that was given was about pride.

Today, as I sit interpreting the dream…I am feel so much energy and movement in my chest/heart area and am filled with sexual energy and arousal. I interpret this as a clear sign that I am on the right track with my understanding and it feels AMAZING AND POWERFUL!!!

So thanks to everyone for your input and support as I gain knowledge on all of this!