I suppose my age is pretty important. I am currently 16, which I do know that I’m currently not a legal adult, although I have read about those starting on this path younger, so I didn’t assume it would be too bad. I mean, this is something I want to do, and it just kind of seems pointless to wait two years when I could get started now, but I do know that there are going to be additional hardships.

And as for what I’m hesitant about, well, I suppose it is about my family first and foremost. The main thing is that I feel like I have to hide what I do from them because of some irrational fears of embarrassment and the like, and although so far they don’t really seem to take interest in what I do, there’s that piece of doubt saying if they knew that I would be doing this, something negative would happen. And unfortunately that’s pretty much my experience with literally everyone else I know, where my irrational fears kick in and I hide under the mask of a boring, plain person. So this is pretty bad. Although now I’m getting a bit off topic.

The worst part is that even though other people are the reason I feel like I can’t do things like this, it’s not their fault, it’s mine and my assumptions that also have no basis. I know I am the only one holding myself back. But I suppose that also means I am the one that needs to overcome this and move forward.

Not to mention, that’s only part of the problem, like I said in my other thread, I am a huge procrastinator, and so it’s a bit hard for me to take the advice of “Just do it”.

I apologize for any phrasing mistakes that may be in here.

I also apologize if it seems like I’m flooding this place with my problems. I’m probably just not that good at telling others my problems in a way that doesn’t come off as too strong. Most likely because I actually just keep my problems bottled up, which isn’t that good either. Still, I definitely have hope for the future as I know I can improve myself.

Love your post. It resonates with me on a number of things.

Write and swear an oath from yourself to Yourself with a curriculum of work that you will fulfil for a specified time period. Sign this with some of your spit and blood. If you break your own pledge at least you’ll have learnt a lot about yourself and what you’re truly worth. And no one need know, but you.

Alright, something like a schedule is something I can see working, and of course the oath will definitely make this important enough to give me the motivation I need.

Thanks for the advice.

My name is Jordan. I recently discovered the LHP and it fit with my inquiries and beliefs up to this point. It just kind of made sense to me. Looking back now, I believe that I have subconsciously been performing magick throughout the majority of my life. I am very intuitive. I have empathic tendencies bordering on a psychic nature. I know that I have power and energy within me that was passed down through my ancestors and that I was most likely a sorcerer or mage within a past life. I have the power to sway others beliefs and choices and can be very manipulative without even meaning to be so. In that way, I have basically molded my life and day to day experiences to be what I want them to be and let me live the life that I believe is my destiny or fate. I have yet to evoke or invoke and demons or angels. I wish to start a path working but am not sure who or where to start with. I think I need a mentor to start nudging me in the right direction. I’m a 27 year old male who lives in the southeast of the US. I hope to grow in power and wisdom. Good to meet you all and thank you for the forums that I may come to learn from. Thanks also to EA Koetting for bringing me to this place and the spirits that have guided me over the years. Godspeed 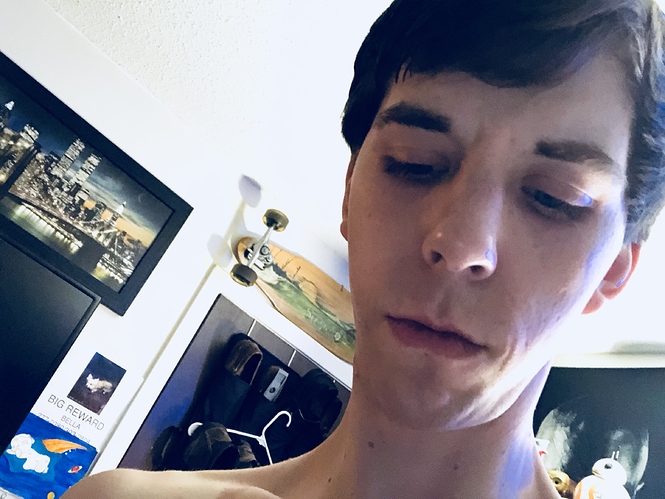 I have yet to evoke or invoke and demons or angels. I wish to start a path working but am not sure who or where to start with.

You have started somewhere just by been here…
Welcome to BALG, Jordan.

Heya folks,
I am James
I am magicurious
I believe in Magick
I am not sure if its appropriate for me to dabble along with the same but I wish to learn and gain insight into the rather fascinating world that is beyond the sensory perception
Currently studying esoteric magick and philosophy

Greetings All,
Here’s hoping I’m posting my intro in the right place. Any navigation tips would be appreciated…

My name is BryQ August and I live in the Northeastern US. I have spent 20 years of my adult believing in nothing, no god, no devil, no heaven or hell, indeed no human soul. I lived a strictly, and comfortable materalistic life, with my education grounded in physical sciences, chemistry to be exact, I was very content believing in only what I could see, feel or explain. I think I may have been rebelling to a strict upbringing in a fundamentalist baptist church smack dab in the middle of the bible belt. But as a teen I started studying all of the various world religions to find something I could believe in, when exasperated, I decided to believe in nothing.

This worked well for me for a little over 2 decades, until last year I witnessed something that made me question everything. My son had been recruited by a local paranormal investigation group, as their token skeptic (I had raised him right, I bragged), and he was the youngest member they had ever had, at the age of 17. It was on the site of one of their investigations that I ore of my entire belief system. I actually some type of being that had a physical existance, and humanoid shape, but that was only partially (about 75% dense) materialized. It seemed to shy away from contact, but ambulated away from the scene with some difficulty, and when we followed it was no where to be found. You can imagine the level of cognitive dissonance this would cause for a staunch and unapologetic atheist.

I realized that my own reality as experienced with my physical eyes had been like the visible portion of an ice berg in the great arctic ocean. There was so much below the surface that I had never even considered. I began to study, and once prepared to practice the Qabalah, and to delve into a number of other esoteric traditions. I really wish I would have had such a revelation years ago, because I see how much there is to learn, and I did not find out until my life is half over. I am very interested in goetic evocation and would love to learn more from personal experiences of those who have successfully engaged in its traditions. I am truly hoping to find like minded individuals in my area (tri-state, NY, NJ and NEPA region) to further my own studies, and serve to compliment those of others with my own developing proficiencies. Its lonesome with no one of ones own kind to commune, and it’s hard to build a temple not made with hands, with only 2 hands indeed. Nice to make the acquaintance of all!

You found BALG, you found life. Be ye ready to learn.

I like this! I’m going to do it too. Thanks for sharing that @Uncle-Al.

An amazing story! Loved it. Thanks for sharing with us. 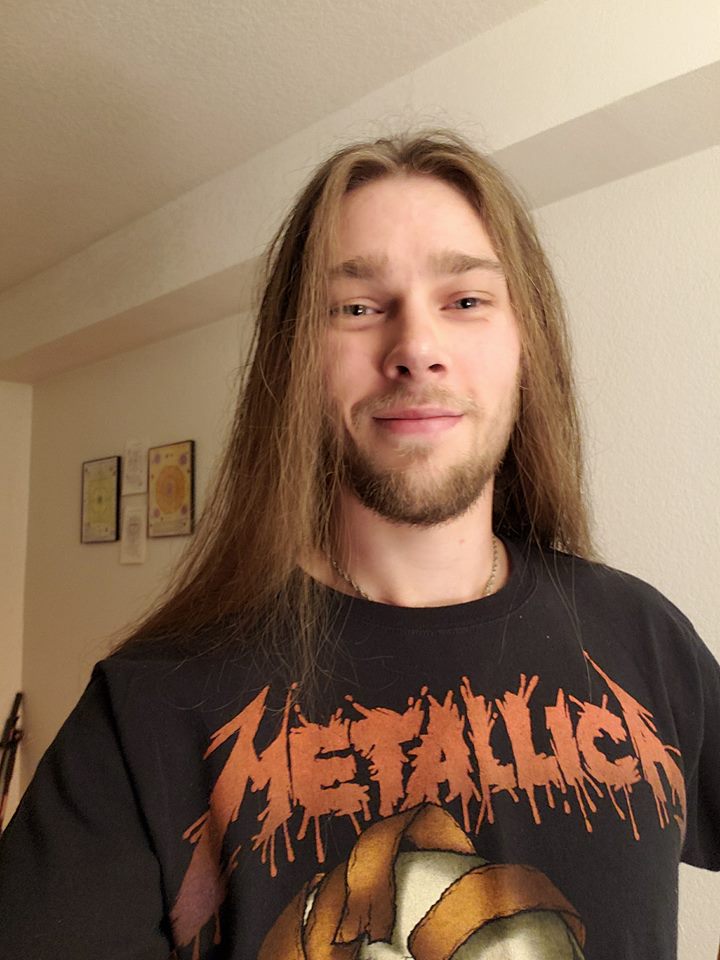 Hey, everyone! I was recently referred to this forum after having a few discussions and coming to a few personal revelations regarding the left hand path. Here’s a bit about me.

I’m 24, my favorite genre of music is death metal, and I play guitar. I’ve been playing for about a decade now. I’m alright, I guess. I enjoy things like disc golf, concerts, jam sessions and band practice, some light gaming. My favorite band is Nevermore, my favorite color is blue, and my favorite dinosaur is the velociraptor. Unless dragons are dinosaurs, then they win. I have a super dark sense of humor, I’m extremely motivated but also perpetually exhausted. I hate cooking but it’s cheaper than eating out so whatever.

Regarding my spiritual practice, I was really introduced to spirituality by my grandmother who’s since passed on. I’ve always been a very right hand path person. always trying to serve others and be helpful to the people around me. I read tarot, I do some very basic lame candle magic, and I meditate when I feel called to it. Some of the practices and abilities I’ve always been most interested in are lucid dreaming, astral projection/travel, and clairaudience. I’ve experienced all of these but they were all brief and fleeting, and I’m craving more.
I’ve always been very right hand path and tried to follow the light and only the light, but I’ve found that’s not truly where my personality belongs and now I’m searching for balance, knowledge and wisdom, through new means. I’ll always love helping others and being a sort of safe counsel for those close to me, but I think it’s about time I take my personal development into my own hands and focus on myself more than I have the wellbeing of others. After some engaging discussion and a few personal revelations, I’ve deemed it best to explore my options and see where these new avenues and new information will take me! I’m an open book, so if you’ve any questions feel free to ask. I greatly look forward to digging through this forum and learning everything I can!

Thank you for everything, seriously! I’m so grateful to have met you!

happy to have met you too.

Welcome @GodlessEndeavor ! It’s nice to meet you and I hope you enjoy the site.

Check out the #money-law section for help with money issues, and have fun browsing the site @Xaris_Kout