Even when I was religious I believed that energy could be transferred to various objects from various emotional states. I had a friend that left a ring at my house and everyone who looked at it sensed “evil”, anguish, suffering, and hate when they held it.

I have a few items that have deep superstitious meaning to me such as my “get laid underwear” (never had a bad ending to a date while wearing them, they always deliver.) I also have another pair that puts me in a saddened headspace later in the day so I learned to avoid wearing them.

Beyond superstition, does this have any relevance? I have a very nice pinstripe suit that I wore all the time when I lost my fiancé and the last 2 times I’ve worn it I found myself suicidally depressed or woke up to very dissapointing news in my love life.

None of these items house Servitors (yet, I’d like to cleanse a few if possible and repurpose them such as my old wedding band)

Vote for yes from me.

But I’ve ignored this at my peril too many times.

Absolutely, what you described is “like” an enchantment or in the more negative sense a hex.

All though I think a more formal and focused enchantment ritual would make your items more powerful.

I know exactly what you mean. It’s a spontaneous “spell space” you can’t get out of and your inner work has to redirect to something desirable or else something bad actually does happen. I symbolically sent a love interest who magickally appeared in my life back across the nation in a few days and looking back from a ritual perspective it makes perfect sense why. At the time I was thinking “C’mon, blow past it. It’s just a set of doors.” Turns out it was a real spell.

Makes me wonder if “accidental” spells can be so powerful, what am capable of when I’m deliberate?

What’s a good resource to learn this? This could be amazing for my mental health, let alone my ascent.

Makes me wonder if “accidental” spells can be so powerful, what am capable of when I’m deliberate?

I think it’s the total lack of intellectualising and doubt (beacuse you’re not so much attached to the belief at first as outright rejecting it, “this crazy shit cannot be true” style) that makes them so powerful?

And I dont know if you get this but I sometimes get this weird feeling like deja vu when I interact with an object of this kind.

I mean I don’t have lucky knickers

but as an example, pulling them on would feel like I’d done it just a minute before and I could see/feel/sense the kind of day I was about to have.

It lands sometimes on the weirdest items, though.

Do you know how to cleanse objects of energy that’s already in them first?

I’ve had something like this happen I was at “Earth Bound Trading Co” a new age hippy/Wicca/Hindu place but, I love it there ANYWAYS I seen this worry stone made out of Quartz that just called to me I ended up getting it but the second the cashier touched it a crack appeared I was so upset I felt like I betrayed it then a few nights later it fell and cracked I was devistated

Yup! My world is full of strange deja vu. I’m well known for my borderline savant memory but it comes down to everything being connected with an emotional counterpart to most of it.

I have that warp thing go on every time a powerful object is used as well. Oddly there’s a huge market for things like weapons that have taken a life, furniture that people have died on, certain musicians instruments from specific times that aren’t necessarily collectors items, and the like.

I don’t. The chaos magician in me wants to say attain a high energetic state younwant to associate with it and willfully repurpose it. My “bs filter” wants to stop it the minute I think of it because those are “sad underwear”.

I have a superstition where touching an unwrapped fortune cookie makes the fortune yours. I had a pen that would have provisioned a certain kind of protection as long as I was the only one who used it and kept it on me every day. Then an aquatance used it and what was being protected fell apart completely

At 11: 37 he shows one of the simplest and fastest ways of removing unwanted energy from just about anything.

Hell yes! I’ll be spending some time going through his video library. Much appreciated

What’s a good resource to learn this? This could be amazing for my mental health, let alone my ascent.

I’m not to sure on any good material out there about enchantment, I learned it on my own after reading several different books on energy manipulation.

But let’s start with the basics.
The word enchantment literally means to put a spell upon or “sing into”
the druids knew much about this through their mastery of poetry.

Through their skill in word manipulation and rhyme they could alter other people’s subconscious.
Rhyming is a type of word symbolism witch is how the subconscious communicates.

Step 1
So this means if you want to better control these items of yours I would recommend creating your own enchantment, one that is meaningful to you.

Step 1.2
Cleanse the object you are about enchant of any residual energy it picked up along its travels, you might be able to skip this step if you made the item yourself.

You can cleanse through asperging
With your mind in sequence with your breath until the object has a sense of “freshness”
Or running water like a clean river or spring will also do the job.

Step 2
Learn to channel energy from the environment or whatever source most appropriate for your cause E.g. Elemental energies, Sun & Moon energy.

After you have decided on the energy you must meditate to clear your mind, then once clear channel the energy with great focus and use your mind’s eye to move it through your body and out of your hands. 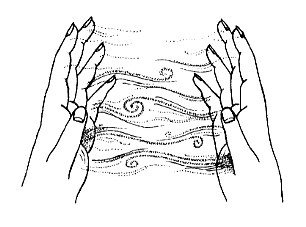 You can master this through various books like Franz Bardon’s Initiation Into Hermetics.

Step 3
You then intone your spell and begin to sing into your object of choice,
Do this until you “feel” as if its was done or until you run out of energy.

Tai chi and Qigong are practices that can help you master step 2 as well.

I have that warp thing go on every time a powerful object is used as well.

Oddly there’s a huge market for things like weapons that have taken a life, furniture that people have died on, certain musicians instruments from specific times that aren’t necessarily collectors items, and the like.

Yes, and I found that second-hand objects often have this mojo, actually my family had this belief certain things had significance, I won’t give specifics in case any neighbours see this but one little stone statue my mum found in a second-hand shop she was convinced had all kinds of powers and when it broke she thought it would mean bad luck, and we did have some shit happen right after.

She thought it kept bad stuff away and drew good luck.

I wonder if it’s like my personal technique of using the back of an envelope that arrived in the post for spells and stuff?

My theory is that in the laws-bound universe of clockwork order, it’s kind of “dharma” has been spent, it’s done its little job and is now freed from influence and a perfect magickal tool.

I don’t shop for magickal tools new very often, I hit the charity shops (usually have nice bric-a-brac sections with all kinds of weird things) or Ebay. They also have a wider variation of types of objects coming in, so the lines of probability are more open for a thing to be there right when I need it.

I guess wiccans are into charging crystals…

They haven’t yet discovered the true dark magic of underpants!

The Forbideen Lore Of The Haunted Undercrackers

I can see the BALG video already, spoopy chords then E.A. standing in front of a giant pair of bloomers pinned to the wall.

"I’m here today, to tell you the most powerful magick you can ever imagine resides in the layer just beneath your jeans.

No, I’m not talking about your phallus, although going back to ancient times mankind worshipped and fetishised this powerful symbol of fertility, and raw sexuality.

Nor do I mean the yoni, that ancient symbol of feminine power honoured around the world by ancient shamans and priests alike.

I refer to the garment that keeps your sacred powerhouse snug, and - if you live in a cold climate - warm against the winter breeze…"

The some stuff about magic Mormon undies, and ends with a chance to buy special magick boxers, “Each one uniquely ripped and marked from direct personal contact with Azazels thorny cock” for only $29.99.

This has to happen. 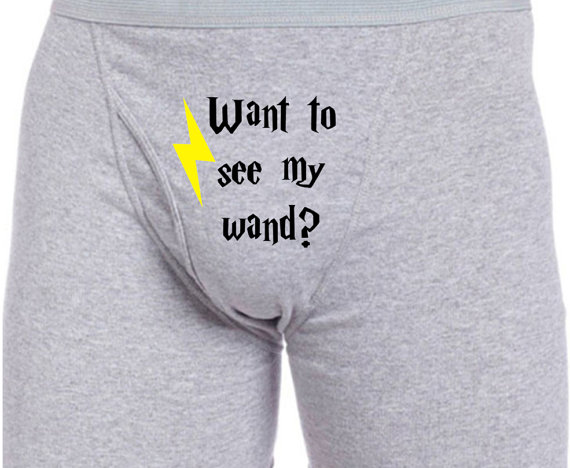 So much yes hahahahaha, would make an amazing April Fools video