I'm new here, but the dark arts has always called me

All my life I have been oppressed for being different. I never could relate to ppl even though I had immense empathy for everyone. Putting their needs, desires first before my own. In this rite I saw myself as a healer because anyone could come to me and I would not judge them in the slightest. I admit I’m not perfect but I always worked for the greater good of all humanity.

I was introduced to satanism when I was !8yrs old. Anton Sandor Lavey’s Satanic Bible which was about 10 yrs ago. I respected the dark side because of the pain that it understands with life and the exile which comes with being different. Even with all my good deeds I still couldnt fit in to societies norms and structures and everything felt forced… Lately Ive been called back into the dark side. Not that I ever left. I have been working on positivity and law of attraction and trying to be better despite this darkness inside of me… But still it has not given me any peace. To say the least my life has gotten a lot worse, Financially, emotionally, mentally… Its as if God has turned his back on me… I feel as though God took his gaze off me a long time ago even when I was a child. Everything normal ppl go through I don’t have any emotion towards it. I feel disgust constantly. And to hold the darkness back I isolate myself cz I know what hurt I can bring… But now I’ve lost all hope in the powers of good and am beginning to accept that I am damned and belong in hell with the rest of the demons. The demons welcome me in my suffering. Satan doesn’t turn me away or tell me I’m wrong for my feelings or beliefs.

I’ve always been comfortable in the dark of night and my energy rises when it gets later. I’ve seen entities such as shadow ppl, ghosts and strange phenomena occur around me but it never bothered me to the point where I’m scared… I was very against selling m. y soul to the devil bcz Eternity in damnation seemed far worse than living a life of pain. But exploring this site has opened my eyes a little to what the dark side actually is. I’ve been accepting that side of me that screams in my mind. That yes I am The Adversary. Wherever i go I’m the outsider and its increasingly hard to hold it together knowing that I am alone in this darkness. The pit of Hell. I’m glad I can at least accept that I’m not like everyone else but that doesn’t help me achieve anything, more so it sets me back and that empty void jut keeps growing every single day.

Why I’m accepting my dark side is to reclaim my power and find out who I truly am. Light working has only brought me misery and subjugation. But as time goes on its every man women for themselves and my shell of protection or bubble of illusion is disappearing more and more. I feel as though I should give into my dark side instead of reject it. Accept my damnation and accept that God or Yeshua only seeks to torment me for his personal gain. He helps his own. That is why I feel as though the devil/ lucifer /satan will accept me as his own cz Ive been cast from heaven a long time ago and do not wish to return to all those pretentious mfs that are holier than thou. I feel myself slipping and death is knocking on my door calling me to end it… I turn to Satan to help me rise above. Idc about religion or my soul at this point. This world is beyond painful for me to even enjoy. Hopefully the devil will guide me through the darkness where I can find peace in his flames… Any help from you guys on what to do next is deeply appreciated. If not its fine. Do as thou wilt. But I respect this community and EA for starting this movement regarldess. HAIL SATAN and all of the INFERNAL EMPIRE

Greetings,
I’m new here as well. (Although Yet haven’t introduced yet) I was skimming through and saw your post. I’m replying because I see same resemblance in your post. As well as few differences. I want add you are not alone. For I to don’t know why Darkness is calling me as well. Im glad, your reclaiming yourself and trying to find whom you are. As well as, where you feel where you fit in. So welcome to the forums as well

Do you have any practical experience in magick?

If so, what do you practice and how long have you practiced? In all that ramble, you haven’t actually told us anything at all about any experience you may have.

Ok where do I begin. I’ve always been interested in magick. Studied chemistry because I believe its true magick or science magick bcz of it. I’m from South Africa. Been here my whole life. From a young age I was kind of frightened by seeing entities in my home which I now believe were shadow people. I’ve been studying meditation and deep trance states for years now at least 10 yrs could say and found Hindu mythology as my go to because of how ancient the texts are. Mandalas, Yantras, Mantras. The whole all is one and one is all really hit home there and I’ve been working with Shiva predominately as I have a strong connection to destruction. Destruction of Illusions.

I’ve astral projected a few times for fun with great success. I’ve unlocked my chakras as well working in reverse as in top down. Which shocked my body into being ready for death which messed me up for years as I didn’t work on my foundation. So I’ve been spiritually connected for the greater part of my life. Chakras are a never ending series though for now I just work with the heart chakra and expand my aura

If I can mention it here I’ve also had alien dream encounters where I’ve almost been abducted like lucid dream beam of light through the ceiling type shit. If I was I have no memory of it. I’ve been digging into the truth of things and recently more alien dreams are occurring where I’m being abducted. Strange yeah I know. But oddly enough I fear aliens more than demons. And some would say aliens are demons but who knows…

Anyways. I practice chi gong, chakra meditation, and I’ve even created an astral temple for some of my meditative work. Recently doing astral work my temple has now become a pyramid whereas before I used a pentagon structure.
I work with crystals as well and have a collection of crystals I gathered over the years. I don’t rely on them as much and mostly just use clear quarts to amplify my own energies. I used to use a kyanite crystal to make it rain when I willed it as rain tends to keep people indoors so I would will it to rain to have people stay inside which I would not rather see.

If any of you know of Mayan astrology I’m Yellow Crystal Star and was born on a GAP day which stands for Galactic Activation Portal day. People like Einstein and all the beetles were born on GAP days.

I’ve dabbled with pyrokinesis/ flame control which I’ve seen 1st hand it is real. To increase my magical intent I use hand seals to open doorways in the world and my body. I dabble in technokinesis as well to manipulate machines.

Why do black magick? Or work with demons you ask? Well God had his turn and things turned to shit mostly. I feel as though God is not bothered as much and has left long ago. Submissiveness in the Christian doctrine has only led me closer to a Hell I would rather not be in. So my claim to personal power begins by walking in my own lake of fire where the beings who dwell there know my pain more intimately. Those who fell from grace and was renounced to go back into heaven. There is my home amongst The Fallen for they know what its like to be cast out and to have their backs turned on. The demons welcome me and if there was any unbiased spirits as to who you are its them. My connection with Shiva allows me to dwell amongst the demons as he is known for being covered in ash and chilling in graveyards where he is friends with demons as he does not judge.

Right now I’m not as focused as increasing my powers as it seems a bit trivial to me. I seek only practical knowledge, power, insight and self mastery. And working this path I know it will lead me to where I want to be. To be a King of my Kingdom. I heard EA say if magick doesn’t work for me then this is it I’m done for… I guess you could say this is my final requiem. My salvation lies in my damnation. Ave Satanas So mote it be

Thank you very much for elucidating more upon your experience and answering my questions, and again, welcome to the BALG forum

Glad to be apart of the community

welcome to the forum!

Submissiveness in the Christian doctrine has only led me closer to a Hell I would rather not be in. So my claim to personal power begins by walking in my own lake of fire where the beings who dwell there know my pain more intimately.

I actually really love that. The anonymous author(s) of “The Gospel of Matthew” (The book itself didn’t have a title at first but was given one by Christians once they became a bit insecure about the authenticity of various books) wrote that the “Meek shall inherit the Earth”. It’s ironic, because Christians, by following that, have allowed the mighty and unjust to inherit the Earth. The Old Testament was very different, and instead encouraged justice and strength, the main principle of YHWH. But Christianity has corrupted many things. I suppose that’s just the natural evolution of religion. But I really love your words there and how you phrased it. 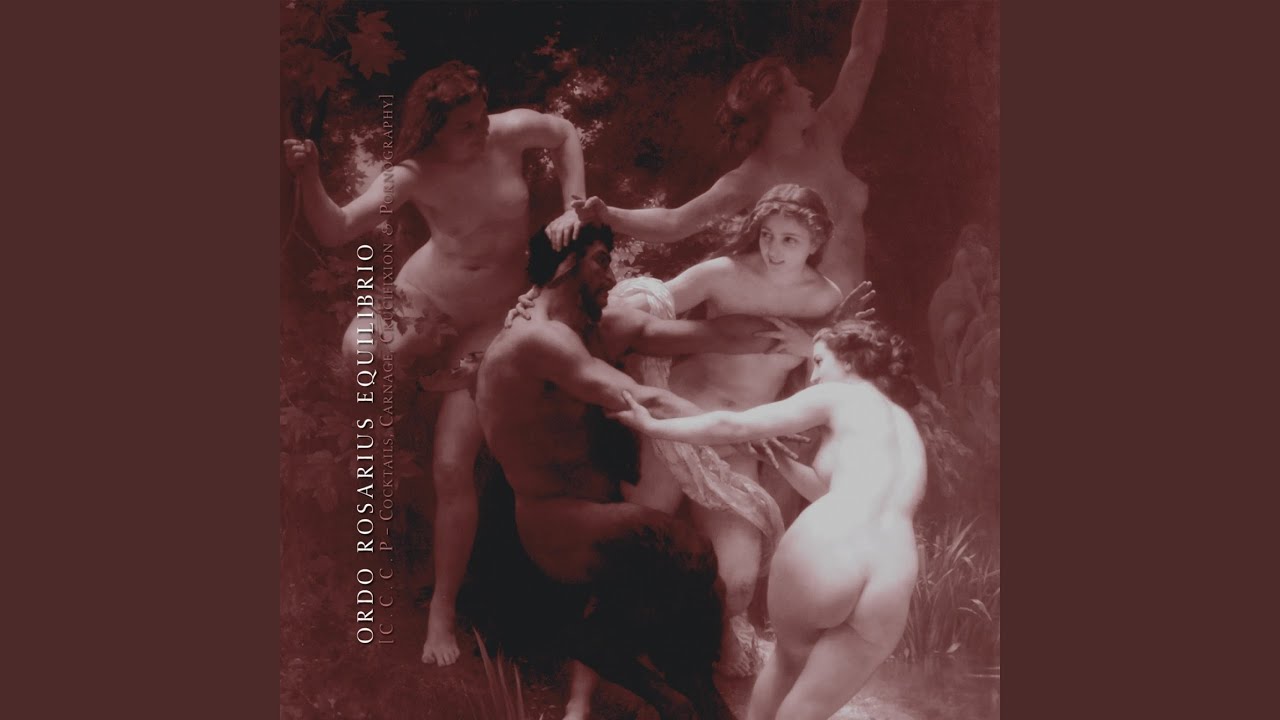 Things are rarely as it seems when it comes to dogma. Angels and Demons are not in conflict with each other, and in fact, if one works with both of them in ritual, they work in harmony and the magick is strengthened through it immensely. I highly recommend you read ‘Demons of Magick’ by Gordon Winterfield, or ‘The Magick of Angels and Demons’ by Henry Archer.

But oddly enough I fear aliens more than demons

I believe E.A Koetting actually said the same in this video of his:

I actually havent seen that video entry till now. I regard E A lately as a dark priest. Idk if he refers to him as one but his like that in a way or at least for me. I love how raw and honest he is. Anyways yeah aliens have technology and are using dmt type energy manipulation and magick. Ive always had an imagination and eye for these things though I knew the further I went in the more Id come to see and experience. There are good and bad aliens and neutral ones which are the greys. There are atleast 5 different races here as what anonymous says. With one with hostel intent. There are draconians or reptilian people. My question about the qlippoth are they the same because of the dragon serpent type energy