I ran across this symbol 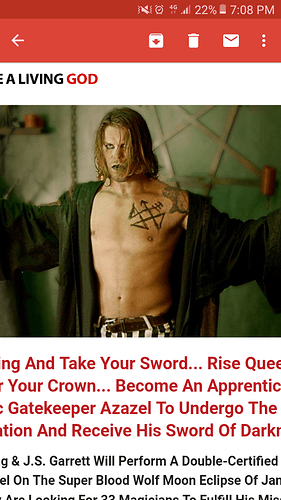 When checking my e-mails a while ago and instantly recognised it. I have a mild case of OCD, and I’m slightly obsessed with symmetry. I’ll sometimes (a couple of times a day) find myself unconsciously tracing these random symbols on any surface (face, hands, desk, etc). I have been tracing the same five to seven symbols in my mind for years (I can’t really explain how it works) and haven’t found the meanings to them except for one which makes up the shape of a trident.

So I was very surprised when I recognised one of the symbols on EA’s chest. It’s almost like the one I trace a lot except I only trace the left half of it. I’ve been very curious about it for the past few days and need someone to give me its name and meaning. I’ll also add another symbol that needs explaining 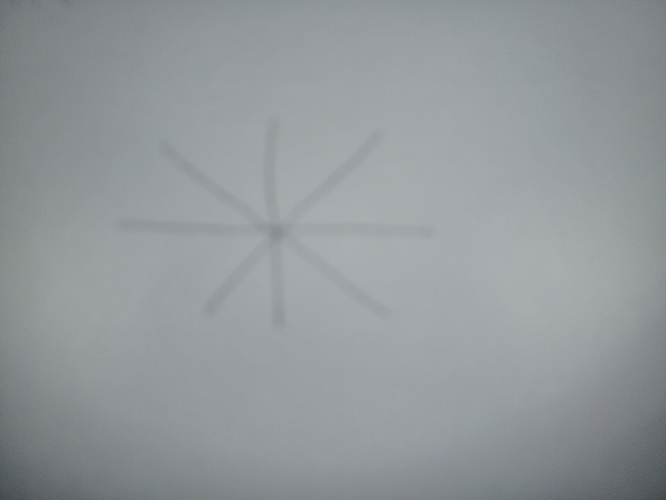 It usually starts off as me tracing a couple of dots, then the next step would joining them by tracing some lines. Sometimes I naturally stop before drawing the horizontal line, whereas on some occasions if I don’t trace it I’ll get an urge to (just how OCD works). This is really irritating me and I need to know if there are some meanings behind these or it’s just typical obsession. Thank you!

The symbol on EA’s chest in the picture is the Gatekeeper version of Azazel’s seal. 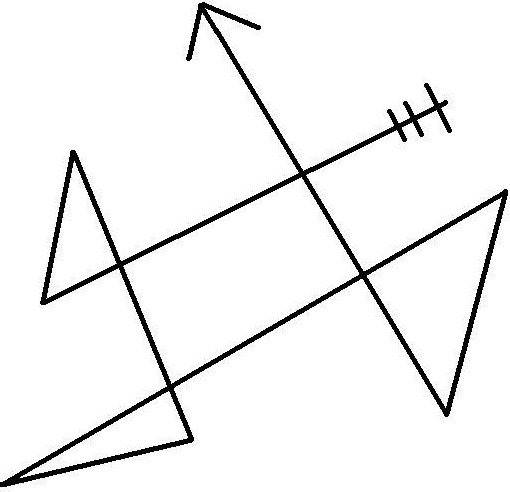 What I have learned is that Spirits can communicate in many different forms. There energy encompasses the world and they have the ability to understand and create there own languages. If your reoccuring drawings of symbols or sigils might be empowering see these links or simply go to google and put in celestial alphabet or symbols and see what comes up.

Every attempt to find out the meaning behind the way in which the original Solomon sigils have been created, leads to the notion that the spirits have communicated their own sigils to King Solomon. I say, FINE, but does anybody know what any aspect of the sigils mean? Specifically, if the sigil has a bunch of humps, or is less wavy and more ‘straight edges’, does it mean anything? What about sigils with dangling crosses, or the seals that have horns. There are sigils that are more symmetric…

I have been curious as to the origins of spirit sigils. I did a little Google and the only info I could find is that they came from numbers in magick squares. Knowing next to nothing about magick squares, I wonder if the numbers were overlaid in such a way as cannot be deciphered. Can anyone else shed any light, as to the origins of spirit sigils?

Sigils aren’t just cool symbols there is a hidden lines about them. 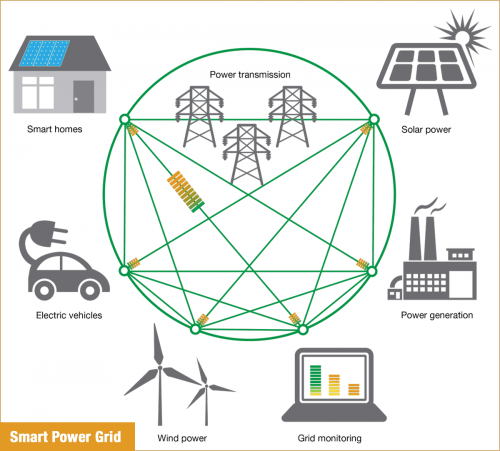 I would say there’s a difference between sigils, seals and logographs such as those ^

Having said that, as an animist I thing you’d get something you could communicate with if you meditated on those icons. Just not a daemon, necessarily.

Really, the only difference is the intent within the image, and how much attention (energy) is put into it.

@DarkestKnight It felt a bit familiar and I couldn’t quite remember what it was. Thanks for that

@lawclerk thanks for the links. I’ll go through and see if there’s anything I can find in there.

What does a reoccurring spiral mean? Like a snail shell…

I had the same experience myself only a few days ago. I just finished reading Junji Ito’s manga and over the next few days I began making out spirals whenever I tried to scry or just observe any random objects, especially on surfaces such as concrete, the curtains and any fabric. I still don’t know what it was about. I lost interest and didn’t bother to look it up, but since someone has also asked about it I might as well just do so too. 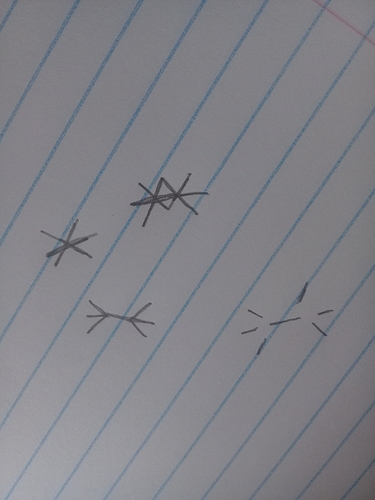 This is one of the patterns I frequently trace absentmindedly. I took me a while to realise what it was but I did after putting them together. The top image resembles Azazel’s sigil, in fact all them do, but I’m really sure. It could just be a coincidence. Do you think there could be some form of a hidden message in all of these. I’m currently in class so I can’t explain better than this. Thank you.