I Have Become Kunda

I Have Become Kunda.

I have worked very heavily in the ahrimanic current, the path of smoke. Right now I’m working through the much darker aspects which include necromancy, baneful magick and vampyrism.

I did a lot of work with various spirits of the dead, a few Div’s and even Zohak, Az Jahi and Ahriman. I’ve been doing a lot of foundational practices from the tome ‘Black Magick Of Ahriman’. I recently had a strange experience where the serpents Domar and Dehak rose from my shoulders and in the reflection of the black mirror I could see them.

Once the visual gave me the realisation they rose, they began whispering in my ears which i’ve never experienced before. I questioned Kurtis Joseph on this via Facebook messenger. His exact words were “ You are now Kunda “ followed by “ Congratulations “. Now becoming Kunda what does this actually mean, it means man turned Devil.

This is a great feat to reach which I must admit I bit my lip in devilish pride once such a goal was reached. I feel different … very different, this a potent empowerment and transformation indeed. Now I shall speak to the serpents as they have been doing to me, whispering insidious and evil things into my mind, inciting insanity, evil as well as power.

I wanted to share this feat with you all, the great work of this current is underway, the global dark alchemy has begun, I have become Zohak, the darkness incarnate, I have become Kunda. Join me fellow Zanda’s to impose the powers of darkness eternal to poison this creation of stasis and limitation. 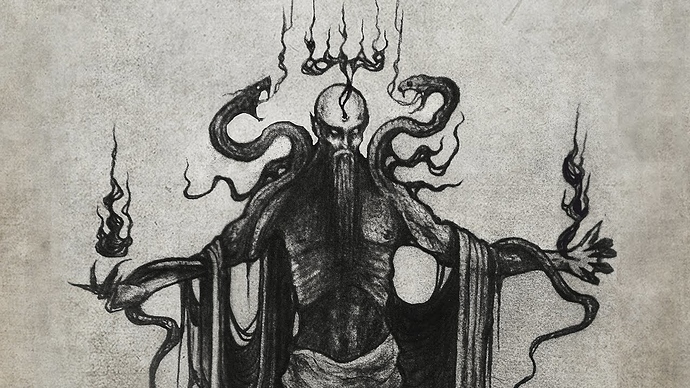 welcome, reborn.
Glad you made it!

Congratulations Conner… proud of you

Interesting I was just thinking about you this morning. I have a couple things I needed to talk to you about.

To help you further grasp your newly gained powers xD

… Sorry for the Christ bullshit he rambles around, the video is basically for recruiting out of our Enemy’s Raws.

It’s an emmense inspiration to observe your achievements, a incredible experience learning from your posts, thanks for being a stellar Role Devil for me to help build towArds and achieve one day. Rep Rep LHP

Damn, how do you feel, mate?

I bet you have advanced / hightened senses or at least expierienced those.
And then there is the rushes of Energy, shocking through your body…

Damn, i remember how great it feels just by writing about it! xD

So how are you doing, Rory_Mclellan?

Hey my brother! Excited you gave a shout out , since our first chat , I alway seem to immediately find a thread of yours @Yberion, and @C.Kendall,s . I laugh out loud now and beginning, to speak out loud to the entities I can sense guiding me through a semi technology trance I’m in. That I u till I see its a post or Convo with you dudes , Micah , And another ones Darkest night if I remember correctly. ? Anyway I’m never disaponted when I dive back I. The four. Especially if I’ve been absent on and off from beins able to frequent the forum as Mic and research through here, truthfully man The last 90 days have been so much more than I’ve thought possible.
Ive been practisin Draconia magick for about 3-almost 4 months bro, and I’ve learned shit that a year ago I dident think as possible , for humans well within 100 years of evolution I’d may expect the type of shit I’m learning and becoming. ITS SOO GNARLY, I swear its like Asenath wrote every word every syable for me to learn the bsst way possible quickest, and excell in a short time, I am becoming extre,Ely profcient with psychic vamparism I’m bursting with cho/prana, which can be used as dragons fire For copious purposes, not only that but I just filmed my first 2 Insanely advanced Pyrokeneisis, Telekenesis, and Psychokenesis ( manipulation of chi energy through medium of your hands).
On film . Which I’m exctatic over, igniting and sniffing out large candle flames , stating it into almost fireballs dude, I’m actually kinda bewildered and still on a high from the experience. …My Gnosis with I violations as becoming.incredibly more clear, intense, even atavistic possession where I’ve taken on behaviors of the Demon invoked… I was slithering in front of my alter n candle flames speaking I a slithering snake toung from Tiamat conciousness merging…also I think I’m becoming Addicted to vampiricenergy feeding. …I’ve been practising Necromantic vampyrism? I believe where you actually consume the astral double of the Target…I had crazy convulsions from like an overdose of Prana.
THE RAVASAMIN protect my temple space , home and family. …But I st I have no experience casting a spell to bring me 100 bucks lol, or evocation, is my next major goal I bought the Full mastery series in July so got all E. A.'S COARSES AND RONERT BRUCSS KUNDALINI AND ENERGY WORK vid as well.
So tones of higher magick , alchemical transformation up the Wazu. But still have much to learn and see a long future of questing and pining and fetching again and again…FUCK FUCK love it man, usually I get lonely and find myself doing bad u healthy shit , but recently . I mean stuff is changing, about. A year ago I started researching magick , myself, due to an accidental major ku dalini awakening, which hasn’t stopped and nearly 10 times now my spine has been nearly folded in half backwards from the serpants ascending so viloently,I swear I floated once or twice but irony know because I was too concerned about how Littdrally I though I was explodingn or spontaneously combusting a few times…fml…like I don’t understand why certain areas of my practice feels like muscle memory on a skateboard . Others I just have yet to major sauces so less motivation ,less focus towarda that , but . Wow. Anyway,.pontificated into oblivion again. , I really needed to relay that info apparently , I’ve posted like a mothefucker today, Missed this forum…thanks for reachinv out man, and thank you, I caught a slight glimpse that u sent me an excercise!!!. Im stoaked and will post my reaults pronto once I work it fully. THATS dope of you to send me. Thank you my man. Be well. Hope to chat soon, when im less eccentric.

Can you teach me how you did it please