I Disagree: The Power of Evil Thought

These two words alone have killed more people than Hiroshima and Nagasaki combined.

Think about it…
These words were the cause of almost every war in history.

They signify thinking that I different from the common Cause and norm. They signify the desire to rise against the collective anything that a person finds themselves in.
It signifies Evil Thought which is The Divine Birthright of Man turned Div to question and propel evolution by weeding out the bullshit in logic, social movements, ideology, religion, magic, etc.

It is the tension that propels growth, Ascent and power.

…because the current t reality does not sit well with him.

…because the state of affairs of a City or Country rubs him the wrong way and the desire for change, good or bad, is created.

…because they see what we could be and the Fiery pits will not let them rest content and stand by while we rot and Destroy ourselves.

They break stasis, bring bloodshed, bring evolution, and raise the Ascent of man to a God like state.

I vehemently disagree with the entirety of this post. Its conclusions are completely and utterly wrong and I oppose them with every fiber of my adversarial being.

Am I doing it right?

I vehemently disagree with the entirety of this post. Its conclusions are completely and utterly wrong and I oppose them with every fiber of my adversarial being.

In short: the power of “Nope”

You are learning well young Skywalker

Am I doing it right?

You still need a monocle. And extend your pinky. 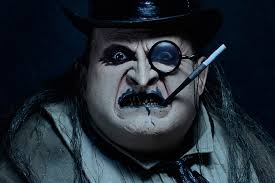 @ my old boss that thought it was a good idea to butt heads with Kali.

note to self: cast protection spells on Silent also when i bring WW3 to earth

I’m disagreeing so hard with everyone right now. So, so hard

I disagree with the existence of disagreeing.

I disagree with this entire timeline that led me to this point and all possible alternate realities that had this event in the cards.

@Mephisto “but heads with Kali”…explains the blood at least

He didn’t die to my knowledge. But I definitely won’t be seeing him anytime soon.

Oh. Well. Thanks for telling me

To disagree without action is to invite stagnation into the situation which negates the disagreement.

disagree without action is to invite stagnation into

This looks important; something I can recite back to people from my couch. Tell me more.