Good! This is the Hydrokinesis thread, lets see if we can bother @Rungr until we make him tell us his secrets! Post your results here!

Now, Rungr, I’m putting my all into it, but the water won’t budge. Any tips? I’m using my hands, feeling it, tightening my muscles until they shake, exerting pressure.

Continuing the discussion from Hydrokinesis thread!:

I would say trying to be in TGS and pushing all energy into it.

So! I have a hyper-sensitive bottle of water. I put it on another surface, and point my fingers at it like this 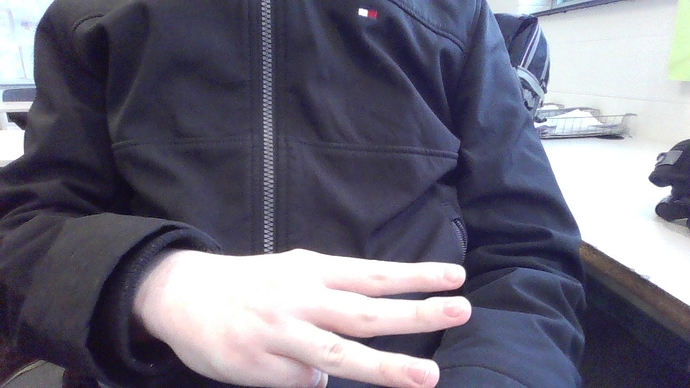 If my hypothesis is correct, it’s pretty instinctual. However you feel it works, it sort of works. Make sure, if you’re using this method, that light is reflecting off of it’s surface brightly, so you can see the light dance. Your first ripples won’t be AS visible.

Thing is, I only THINK that I’m seeing that.

I mean, we only murder children on sundays

When I use to work with a water bottle I’d pull energy from the molecules while visualizing them becoming more compact, as cold water is dense and the molecules take up less space. Water is the only one I work science into lol

Which I’m having issues with

I’m tiring myself out this way

movement is more focusing on your energy and the water you’re trying to move, some use visualization.

I’m doing a lot of that, but I’ll try to experiment. This is my setup right now 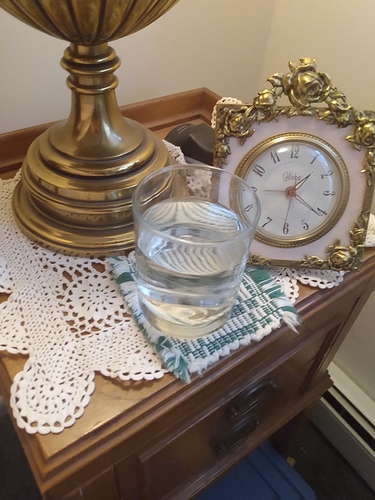 I’m playing water themed music to help. Even if I get in the mood, something is missing

I had a crackpot expedition level event related to hydrokinesis.

so I’m in the bath, and I’m feeling a little upset. I can’t move the water, it confuses me in how I’m supposed to do this.so, I go into the astral and I basically will myself to go to a place where I can figure this stuff out and develop my connection with the element.

I’m not even going to tell you what happened unless you really want to know, but just know that it’s absolutely insane. Lots of pretty scenery, but that’s not the point. What you do need to know is I ended up in some sort of hole in the floor.

This hole in the floor, it was a sort of light, vibrant, very light blue.kind of like seafoam. It was like a realm of bubbles, very distinguished from all of the other locations.it was a final destination of sorts. It was freaking gorgeous. There were these crystalline bubble structuresyeah, and it was literally just endless bubbles. It all phase through your hands, and you could hold them with your mind. It was so confusing, I can hardly tell you what it meant. But it was a storm. You had no idea where you were or where you were supposed to go.

you could go into a deeper section where the bubbles grew dark and strange creatures that were larger and scarier than you sort of just swam around.

but there was this one very important thing. A lady. Just comprised of some strange substance, a water like substance, same color as the bubbles.she had wings of bubbles and she flew through the storm like it was nothing. Then she stopped, put out her at this point I had absolutely no recognition of my physical body, I grabbed her hand.but it phased through mine. And she ran off. I feel like something changed when I did this. I chased her, and kept grabbing her and asking her what was going on.

I was wondering if she meant going into the inner worlds I have, the shamanic ones. I didn’t ask, I just asked what run meant. As she flew away, again, she said “run”

I knew what to do. I immediately went to the middle world.I saw the tree stand before me, in the same field of green. Except behind me, a river ran. I could hear the sounds of the river fill the once empty void of my middle world tree zone. I stomped my foot, and I looked for answers.a pocket opened up in front of me, it was like the entire world was water in there, except for a little tunnel that led from the opening, and it got smaller and smaller like a cone.

I went through it. Submerged myself entirely. Looked at the depths from every angle.

I asked for answers, and opened another pocket. I found more water, but there was an Easter egg laying on a pedestal. I opened it, and inside of it was a little fortune cookie slip.it had this weird stylized font on it I couldn’t read or understand, but when I turned it to the side I saw that it depicted something like a sea horse. For some reason I thought, “Seadragon”. I jerked awake, my eyes wide open.

I will mention that the little trip I went on, it did include having to use draconian methods,I had to brute-force a few things and I figured the easiest way to tear something apart would be to assume the mantle of a dragon. It was fucking childsplay when I did, for some reason.

I have absolutely no idea what any of that means yeah, but I know that water is in my inner world, something happened, and it’s being included in a whole lot of my visions and visualization.

I guess I sort of I attuned myself to it, like I wanted

Still no budging on the actual practice

And no, for all the newbies to my content, I’m not claiming to be God himself or something crazy like that. My experiences in the astral and in inner mental worlds are very… They’re absolutely bonkers. I’m actually quite known for my astral endeavors being completely insane.

Understandable. Most of us have such experiences.