How to install Different Entities in Chakras?

Chakras are tools to install entities in them,they
are not fixed,and you could use more than one system
of Chakras,they are not fixed,you could even create you own Chakra
System if you know the logic of it,use less Chakras,not move energies
to other Chakras,erase the Crown Chakra to never loss individuality.

Only The Chakras that are physical are a hard fact.

For Example Ahrimanic Yoga of the Satania Youtube Channel
objetive is install the Ahrimanic Entities in them,and change their
energy to make them more Ahrimanic.

For Example if Heart Chakra Element is Air in Normal Yoga,
i could make it Fire.

Install Air Element in Solar Plexus to
have less hunger.

Install the Etheric Essence of Silicon
in Sacral Chakra to remove primal desires
and replace it with pure efficiency.

Install Kukulkan in Root Chakra to make
it go rampage to the Higher Chakras.

Or even Change The Ethereal Property of
The Third Eye to Ethereal Mercury,to
think in a level that will be out
of the reach of normies.

Is possible change the elements,and
entities of Chakras?:

I wait for answers.
Is Possible?.

Well you can’t literally install a deity in your chakras, as for making your own it would be basically a construct. While I don’t think it makes sense to put anything in your chakras since part of their role is to pull in surrounding energy and also to help the flow of energy through your entire energy body. I could see it being an interesting metaphorical thing.

Install entities on your chakras? Sounds like parasites attached to a chakra and draining your energy…

Never heard of it.

This is a real thing in multiple traditions however I don’t know about Ahrimaic yoga and at only mildly familiar with the concept. I do sense you want to make certain you know your energy is a match for that system and that you place them in the right combinations.

There are some good explanations for your questions.

There he talks originaly the chakras should been superimposed for spiritual vizual practices only.

You People should watch it.

You People should watch it

You can create elementals and attach them to your chakras! This is possible.

Julius Evola talks about something like this in Yoga of Power

Seems like this book has lots of good stuff

It’s not what I would call casual reading and it’s not really a how-to book. But you might get some good ideas from it

basically you can just do that with the Qliphoth. the energetic mental level is identical. simply induce the respective being into the given chakra.

I’ll never understand people shoving stuff in their chakras, I guess it’s a system that teaches it but like I feel as though people have created a very twisted idea of what the chakras do. Shoving stuff in them is like trying to clog up a drain.

Shoving stuff in them is like trying to clog up a drain.

I have a half eaten sandwich in mine. I’m saving it for later 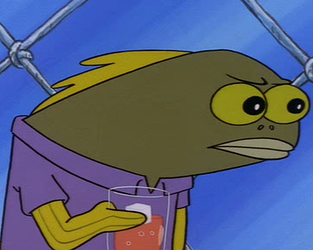