How do I re-contact a certain entity I met?

Hey guys. This is my first post here. After lurking through this forum a bit, I have decided that you guys would be the best to help me out. This is in regards to a specific dilemma of mine…

Oh, but first. My name is Mctoran. I’m no stranger to spiritual communities, but only recently have I become more interested in occult matters. So, in my research, I was eventually led here! I aspire to evebtually be a master of lucid dreaming and astral projection, as well as seize whatever is rightfully mine. All of which I hope to accomplish here.
…
Anyways, about my situation:

A few months ago, I had a random dream that I fully believe to genuinely be a mystical encounter.
I wrote this down as soon as I woke up from it, so the description is as raw as it gets:

My dreams were largely proceeding as normal, with wacky word-salad events occurring like they usually do in my dreams. Then, there was suddenly this tonal shift. I suddenly saw this figure approach me out of nowhere. He was reptilian, and his face looked like an Argonian from Skyrim: 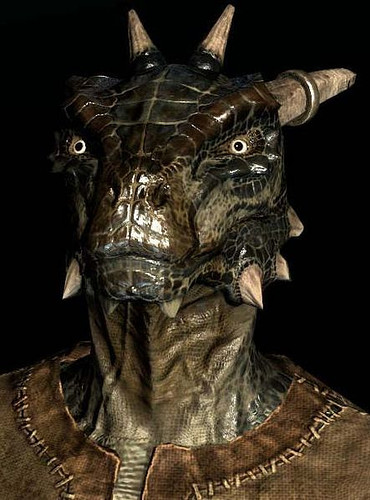 He wore this large black druid robe with a pointy hood. It looked somewhat like this, except with only black features: 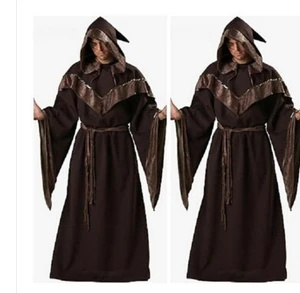 He also had these spindly hands with long black talons, like chicken feet. I can’t remember what the colors of his eyes were, but I think he may have had egg-yellow scleras.

The being told me his name was Kaive (pronounced “Krav”), and I think he may have said something about being my “guardian”. He told me something roughly along the lines of “it is time” and he ritualistically anointed my body with some oils, which I forgot what exactly they did.

The dream sort of deteriorates from here though. I’m not sure if this part was still the actual actions of Kaive, but he then proceeded to mount my back like he was on a piggyback ride. I remember his hands feeling very dry and scaly when they touched me. I don’t remember any negative feelings from this specific instance. Him mounting me felt less parasitic, and more like a symbiotic bonding.

Anyways, I wrote down everything I could remember about this as soon as I woke up from the dream.

I consulted people in some spiritual communities as to just what Kaive may have been, and each time I have received different answers. However, I have come to a point where I have decided to try to just ask him myself.

So, I at least have his name. Now what can I do with it?

Hello! Welcome to the forum! It’s a rule to make an introduction post before you begin. Please click on the image to do so. Make sure you check out the rules too ^^

Thanks! Sorry, didn’t notice that before

Interesting. Might be contact with your Genius spirit. Also called the “Holy Guardian Angel” in modern Ceremonial Magick.

Well, if they are your Genius, then you could use the Orphic Hymn to the Genius like a prayer or to build atmosphere and then simply say “Kaive, I ask that you appear before me so that I may speak with you”. It’s better when it is done in a more full ritual, and it’s best to learn protection beforehand. Search the “LBRP” for a banishing to use.

But, it may be best to do divination on this to make sure that 1, they are actually a spirit and the dream was significant, and 2, that they are your Genius spirit.

Any entity you come in contact with you have a focal point to, using that you open up many ways of context, making a sigil for them, focusing on that experience isn’t using the energetic connection to contact, to name a few.