I’ve layed in the bathub, silenced my mind and relaxed. I just woke up some hours ago, and my day will be very-very long, so I deserve it before the shit-storm. Then I heard Sitri, talking to me, whispering to me. He told me that We have a little free time, and my brother is still sleeping, no one else is in the house, we can play.

At very first, I’ve tried to find excuses against the act, because… because I knew that it will happen anyway, so why not? He knew it as well. I felt His soft kisses on my face, then my neck, and slowly down to my shoulder, while I noticed His hands slips across my body, from my breasts down to my hips, waist then between my thighs.

I’ve relaxed my body, let it an absolute rest, then… I felt how Sitri slowly take under control above my fingers, hands, my two arms. I closed my eyes, ready to see everything (what a beautiful sentence, isn’t it?).

How the image went clear, I found myself in a very pleasant position. After a little caress, sweet and passionate kisses, He started licking, tasting my pussy. I fondled His beautiful face, hair while this happened, We both enjoyed the situation and let ourselves swimming in pleasure and passion.

Then We changed the position, into a sweet 69. We played with each other every way you can imagine, to make the other’s moaning, sigh and everything more passionate and louder. We feed from each other pleasure, joy.

For a reason, it did not last long.

I’ve felt an another energy. It was Darker, and stern. It wasn’t really unknown to me. And this was the point when the whole act changed and turned in an another direction.

I had to lay down before Him, spread out my thighs. He took a long look at me.
I was very, very wet and nervous. Sitri hugged me from behind, whispered me, kissed me and told me that everything will be okay. He also told me what is Set’s “plan”.

But He let me a little rest, before the last ‘round’ between Us. I’ve talked to Sitri, kissed and hugged Him, but His speec seemed very ironical, and it was clear that although He act like He care about my actual situation (and I’m sure He did), He just wanted to enjoy it, and find the raw beauty of violence.

This is Sitri. And Set. They are…

The final act between me and Set was fast, more violent than before, but at the same time, the energy raise while We orgasms was absolutely fantastic, indescribable, powerful.

I’ve laid down, swimming in delirium and endless oceans of energies. I felt everything in my body (and I still can feel, physically), and it was tired, but at the same time got new strength. Then I’ve felt how Sitri’s body slicks to mine. He had a very cunning and kinky grin on His face, and He whispered to my ears that this is His time now.

I was shocked. Like… what? I just finished now.
But got no time or anything to step against what He wished for. He was between my thighs.

I’ve felt that not I am the only one who enjoying His ‘support’, and everything went more intense when Sitri’s sighs and moans became louder, faster. Near to His “end”, even an image popped up in my dirty head (with a little, passionate revenge) that… how much I’d like to see Set penetrate Sitri at those moments.

It wasn’t happened, but His orgasm was very intense and strong.
And when everyone get His/her own dose of orgasm and body fluids… I’ve hugged and kissed Sitri, so tigh and passionate. Then I saw how Set rises above me. I’ve became a bit nervous again, senseing His cold energies even after the act… I didn’t knew what should I do…then a random urge came across my mind, and I’ve kissed Him. It was a very fast kiss. Couldn’t say it has a lack of emotions, and I was the only one whi ‘make it’, but somewhere deep inside I’ve felt that this was something like a demand, “command”.

I had a sexual lucid dreams this morning.

First i started to get really aroused and i could tell Asmodeus was at it again. He tried it last night and the night before but i politely declined. I wasn’t in the mood because I’ve been feeling a bit down the last couple of days. He did help me with that. Taking away physical and emotional pain. 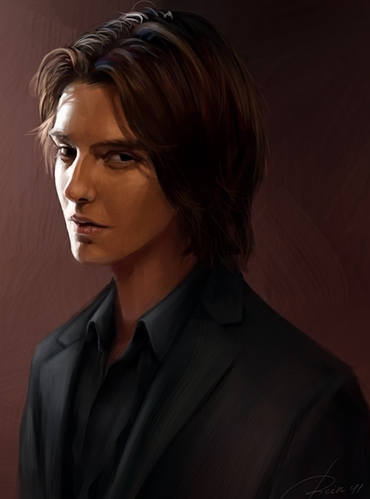 He played the role of being a relative. My cousin specifically?! I actually don’t know any of my cousins very well lol They sure as hell don’t look like that lol

He was very seductive just like the Dorian Grey character. His eyes were pitch black. I know the actor playing him has very dark eyes, almost black but they were black as black can be

His personality was risky, fun, break the rules type, carefree, sensual, seductive, intimate friendship type, a bit dominant but still let someone else make their choice.

So we sat there at a Burger place and he just took someone else’s order - didn’t pay for it. Staff there got angry and told him off, tried to get rid off him but he wasn’t moving and just enjoyed himself. I was unsure how to react at first because that’s not what you’re supposed to do and I’m not a risk taker usually. I guess my moral compass is very strong and i always try to do the right thing. I just observed although by being around him I’m kinda a accomplice so i changed my mind and thought ‘fuck it, he’s getting away with it. Nothing they can do’.

He offered me some food too and we were just sat there giggling at each other mischievously. Enjoying a meal and drink.

Later on he offered me his hand and i followed him. We made out in the corridor outside the toilets. I can’t remember exactly how far we went with the foreplay and sex part. It’s all a bit hazy

I knew he wasn’t my real cousin in this dream but it was more of breaking taboos. That’s the kind of theme i got with this part. Also i had a choice of going along with everything or leaving the situation/turning away but i didn’t. The energy of this character was Lucifer although everything was set up by Asmodeus.

So the reason why i don’t know how far we went at this point is because the person shape shifted. I do remember getting a condom out

I can’t remember if i saw black wings or not but the energy was darker, more animalistic now. Flashes of this 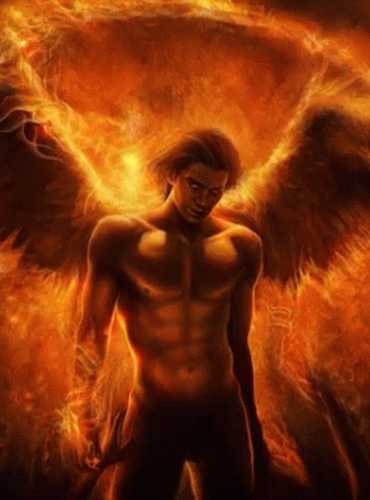 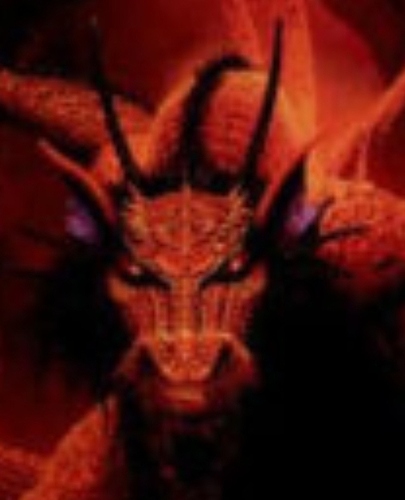 Screenshot_20190720-205914_Google.jpg522×643 124 KB
were happening while the surrounding changed as well.
I definitely had sex with this version for sure but i could tell Asmodeus was still around watching.

This energy now felt what people would class as Satan. After we finished having sex which felt animalistic, rough energy but more on an astral plane level/spiritual type than physical although i must have still been aroused at this point in real life.

He looked into my eyes, his eyes were red now. We were close, face to face. 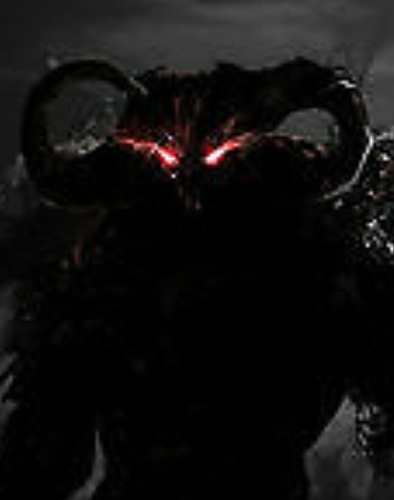 After my reaction/passing the test. The entity then withdrew, disappeared into the darkness but backwards with eyes still glowing red, under a black cape, wearing a black rope. 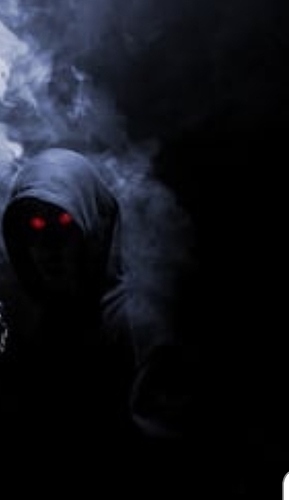 Screenshot_20190720-210920_Google.jpg390×673 50.3 KB
I still felt Asmodeus’ presence as well and he wanted to get it on (like well, you enjoyed yourself, my turn now) but i didn’t want to have sex with him after this. I was getting hungry and felt myself slowly waking up. I get really cranky when hungry.

(A side note. This was not my first sexual/ encounter with what people see or class as the devil

It happened before. A few years ago. Very vivid dream. We made a pact. It’s all symbolic but when i told other’s they were scared.

Was hanging out with Belial one night. I usually sit on his lap since he’s like huge, I started getting a bit of sexual energy from him and long story short I asked him if he wanted to fuck. Next thing I see is this huge, ribbed, meat. Like it was bigger than my entire astral body.

Noped out of that so hard.

One that’s very sexy, two I just have to laugh at the form he took. The first time I summoned him I was a nervous wreck. He asked me to tell him a secret and somehow it got onto my first serious sexual attraction to anyone. It was Stuart Townsend in league of extraordinary gentleman, he played Dorian Gray in it. 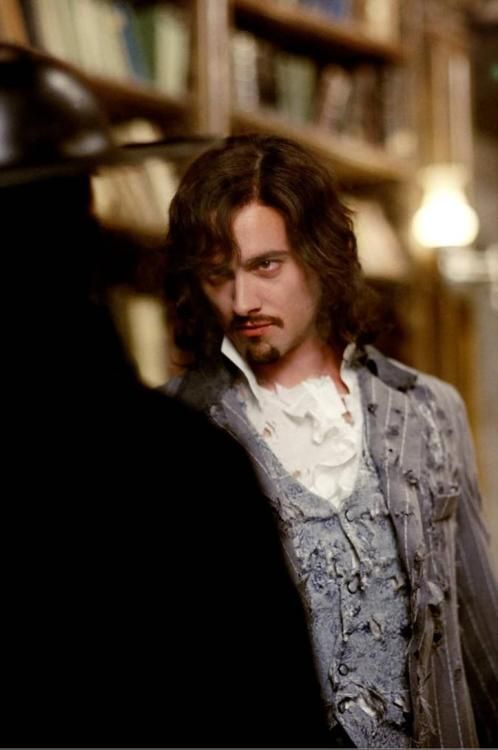 Ohhh i like this film as well, especially because of the Dorian Grey character. Stuart Townsend is also a hottie. Another one he played well was Lestat in Queen of the Damned

Yeah. His best role in my eyes. Would love a second part to be made.

Had Lady Astaroth a few times. Each time it gets more and more physical. I could actually feel her push me down and sit in my lap this last time.
She rode me like I didn’t know was possible. It was so intense that when we were finished I passed out. Slept like a baby and felt fantastic when I woke up.

Know this an older post but Azazel is into some really kinky stuff.

Fun but if I wrote it down it would sound kind of gross.

Don’t get me started on Azazel, let’s just say that he enjoyed his payment. I will not be elaborating. But if I could find a boyfriend like him, even as a satyr… Oh my… I thought EA koetting a year ago was hot… but between Azazel and Lucifer, I would lose my fucking mind.