whether other members are wearing the wrong kind of underpants ,

Boxer briefs are superior. They are tight enough that they support everything unlike boxers, but they don’t cut off and restrict like regular briefs. They also are a good mix of stability and comfort, so any other form of underpants is inferior by default.

The benefit of the added stability is that you don’t get saggy-nuts in 30 years like regular boxers.

Blame @Lady_Eva for this topic existing.

The benefit of the added stability is that you don’t get saggy-nuts in 30 years like regular boxers.

I think we need some ex-Mormons weighing in (no pun intended) on this topic, but meanwhile I will share that when I state Azazel asked me to dress more formally when evoking him, it was the lack of underwear that he seemed particularly bothered by, though some effort at smarter clothing on top was also very cleary being requested.

Belial, on the other hand, doesn’t seem to give a damn (but doesn’t peek, either).

Can it be considered wearing the wrong kind of underpants if you wear no underpants at all?

Going commando is wrong, because chafing.

Boxer briefs allow for the best mobility, warmth, and comfort

I forgot to add mobility and warmth to the original post, in my rush to make the ridiculous topic.

What about materials? Cotton? Polyester? (I’m not a guy, hence why I’m asking)

Cotton blends are usually the best.

Cotton is the best in my opinion. Brand and design are also important.

Hanes and Fruit of the Loom are probably some of the better big-name brands.

I hate polyester, cotton is the best

Dri-fit boxer briefs are the best. Support and they stay cool.

I favour this look, personally: 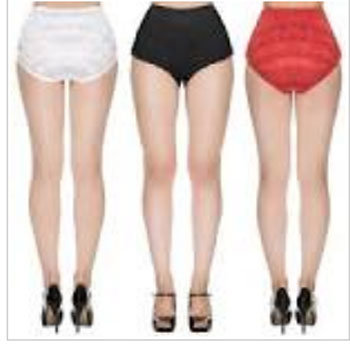 Not a fan of flossing where the Sun has never shone!

Personally I like low waisted regular ones, but pls seamless.

Hanes and Fruit of the Loom

Honestly I wear boxers because I feel too restricted by boxer briefs, ALTHOUGH I do understand your arguments

You are wrong for wearing the inferior underpants!