The very first time that i think i saw King Belial : 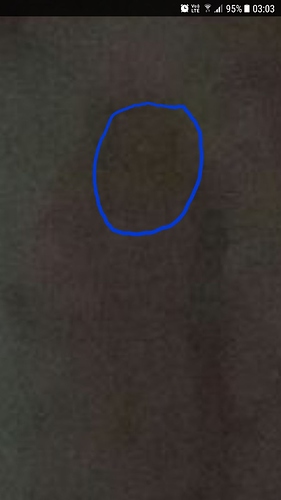 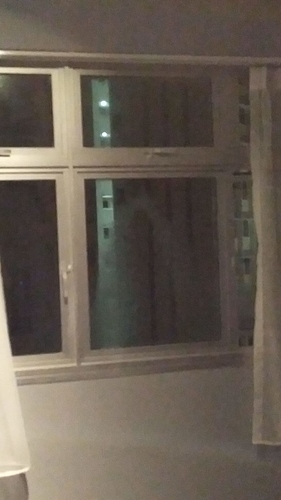 Wow! How did you take that picture? I can see other spirits with him.

Can you share What Other spirits do you see ?

I just head back to my room after my ritual and i saw this and snapped a photo. Took me quite some time to figure out the face . 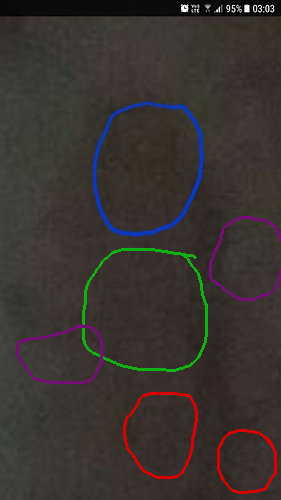 I think there are more. Sometimes they fade in and out a bit, but these ones I circled seem to be the most prominent.
The one circled in green is more typical of how I see him particularly when I ask him about “sinister” stuff.
The one circled in blue you found is really quite handsome and seems to have a triangle where his third eye would be, and I like that sword he carries (the one between the green and purple circle that black area)

There are a couple of spirits on the left side of this photo. I can’t tell what they are just that they are there. My senses are not that keen yet.

Wow I like this picture.
I’ve seen stuff like this a lot now that I think about.
I would always dismiss or ignore because I was most likely intoxicated.

My only evidence Beliel exists is because I burned a note book with art , stories, ect.
The only thing that survived was a piece of notebook paper with His sigil and the last E and L burnt off.everything else was ash.
God I was trashed.
I miss 2013…

@Jastiv & @WHamilton3
Wow , Didn’t realise there’s so many others as well ! However I can only spot the most prominent one that is circled in Blue

Am so curious to know what’s the other spirits as well.

@Solus_Oneightsix Thanks for sharing your story

2018 is coming to an end and after having a 1-1 session with my leader, i realised that i earned double the income of what i normally earned in the past!

Thank you King Belial for yet another amazing 2019!

A late post but better than never! Would like to share this story :
I had a case whereby after many things happened, my commission got cut into half by client A.
I was devastated and sad because i worked on client M from 2018, and i felt that i don’t deserve that.
I went to do a ritual and cried it out and i went back to my phone and continue the conversation with client A .
After MANY message exchanges, client A ended the conversation with : your commission remains, come over tomorrow for me to sign the documents.

That means i get my full commission!

Thank you King Belial! He always helped me whenever i needed, he made sure i learned what i am supposed to

I am representing buyer and seller was being a problematic seller. It could have incurred me minimum $600+ to thousands if everything wasn’t settled. And who i am targeting was actually a few people. People from the banking side, lawyer side etc.
This case pulls on for many months and it was a roller coaster ride. On the day itself, in the morning, there was hope that this case will be settled by 12pm.
If it isn’t settled, i will have to fork out $$ , which seriously, was not even my problem

I know i have to trust King Belial, i trust him.
However subconsciously i am still afraid, nervous and couldn’t stop thinking about this case.

I called lawyer at 12pm and it wasn’t settled .
At 3pm +, it still wasn’t settled…
Imagine my horror…
I was told to not think about it and trust that everything will be settled before 6pm.
But, how ?

At around 4+ 5pm, i decided to just keep my phone in my pocket.
A few minutes later, i received a message saying that everything is settled!!

Hail King Belial once again!
Not only was the case settled, there was no late charge fine as well

Thank you King Belial once again! You are amazing !

Thanks a lot for sharing…I can only see Belial​:heart_eyes:

… No other spirit. Just when I am going through a tough time in family…he showed up in this post.
Hail Belial…all my love to a great King

I can only see Belial​:heart_eyes:

I had a situation where I was unable to see Andromalius, and then Belial said he would help me “see” Andomalius, and then I was able to get a visual. Other demons can be evoked along side Belial. He seems to like that, he is not jealous and lets them have the time. I understand now why so many people use his name in summoning and banishing rituals.

Yes I know. What I meant by ‘I can only see Belial’…ia that I have eyes only for him​:heart_eyes:

Belial recommended King Zagan and recently Abaddon to me. But I didn’t give it a try. Coz I think I cab focus only on the 4 spirits I m close to right now.

Love this post! I’m just combing through the Belial tags because I am so drawn to him.

I asked King Belial on Monday to assist me in solving my rental case that seems impossible due to the tight timeline. It has been dragging for more than a week and it was stressing me out! I told King Belial to assist to help me solve it by Tuesday and guess what? IT IS SETTLED!!!
Finally a day whereby I am not receiving any calls from my Tenant Shouting at me through the phone. In fact, because the issue is settled, the tenant called me today and talked to me in a really nice and gentle manner. Grateful for that. Grateful for King Belial.