On the cafe chat,we were having a discussion and our thoughts wandered off to the topic of gypsies and their magic.After all,Tarot cards,which many of us use,are said to be a tradition coming from gypsies.

I live in a country with many many Romani folk,and quite a few of them are very scary individuals,muggers,bullies,etc. though I have known those belonging to the group that show potential for incredible greatness.

Romani are often associated with having magic.And truth be told,they do. 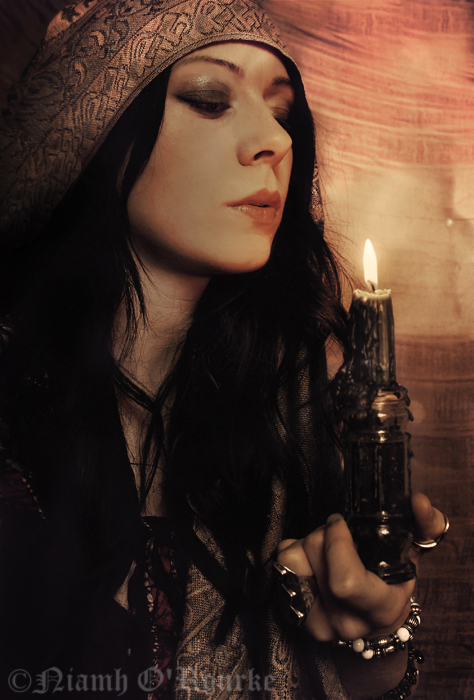 The first Romani started as members of the Pariah caste in India,deemed untouchable.Some of these people didn’t fit into any caste,because they belonged to one of either three groups.

Performers(Asia has a complicated relationship with the performing arts),Thieves(Romani are to this day associated with theft a lot),and Sorcerers.

As such these people seem to be conditioned to perform some magic.I mentioned how an old lady(who as far as I know is a powerful unconscious witch),gave me the evil eye.I know this because I could see it coming at me,in my astral sight,and I had to stop the blast in mid-air,drain it of energy,and banish of negativity.

The evil eye deserves a separate thread,suffice to say,I know its efficacy.I doubt one ‘‘why don’t you give me money’’ glare-type evil eye is enough to do much damage,but one pure envy,and pure hatred driven evil eye,of emotions bottled for years,can kill someone.This is something I know from experience.

Along with this,and tarot,there’s also spoon divination.While a druid tradition,I know various conscious magician gypsies who use it.In fact,their system is very much a mixture of everything they’ve layed their hands on,folklore,and a sort of Chaos Magic.

I believe Raymond Buckland has a book on that.Also,I know a gypsy love spell from a source of mine.Now,I’ve never tested this spell,and cannot vouch for its efficacy,but I will post it below nonetheless.

We are curious,though,what does everyone know of their magic?

I know that they can also be very good vampires,but I’ll talk more on that on some other occasion.

Obtain a green candle of any shape or size. Wash this candle under running water and leave it to dry. Once the candle has completely dried, inscribe the name of the woman/girl you wish to come to you. The inscription can be made with a knife or by heating slightly a needle. The name inscribed should be the most used one. Whatever she is called by the majority or people who know her, this is the name to use.

The candle now represents the woman.

In a passive frame of mind visualize the woman you desire standing before you. Light the candle. As you hold the picture in your mind state in a loud voice the following incantation:

After reciting the above visualize the woman running towards you with open arms as you say:

You want (state your name) to be your lover

No confirmation that the spell works.I’m sure that the candle can be shaped into a man to draw a man to you.

Arcane, you’re interested in Gypsy magic too?
We do like a lot of the same things!
LOVE all things Gypsy. In fact when I have my jewelry on with super long my hair, my eyes, and the clothing I wear that has jewels on it people say I look like a Gypsy.

[quote=“RavensAscent, post:3, topic:7261”]Arcane, you’re interested in Gypsy magic too?
We do like a lot of the same things!
LOVE all things Gypsy. In fact when I have my jewelry on with super long my hair, my eyes, and the clothing I wear that has jewels on it people say I look like a Gypsy.[/quote]

I do have some negative memories relating to Romani folks,since they are not the best type of folk here,but I will say that their magic,and their spirits have been potent and fascinating.

Generally speaking I opt for the most versatile,downright mixed,and eclectic system I can get my hands on.What has everything to it.As such I have looked into gypsy witchcraft,and it IS something that I am keenly interested in.

Victor Hugo’s works introduce us to the Court of Miracles,which may or may not have been a real group in France.Beggars would fake illnesses to get greater alms,but when they’d get together,they would stop the faking.The deaf would hear,the blind would see,the mute would speak,the lame would walk.Miracles would happen,and as such there is a veritable place( a court) where miracles happen constantly.

For some reason this idea behind the Court of Miracles has always fascinated me,and if I ever form a magical group that would absolutely be the name.A place whre you’re learning to push past the boundaries of what is possible,learning how to take anything and running with it,mixing different systems with a personalized touch.

My magic is very gypsy-like.Most eclectic systems are like that.Taking on pieces of what is present,and making it into something more.

That said,I think that views on Romani folk are very different here(as they do not convey nearly as much fascinating and exotic pizzazz than you’d think),but,the notion of gypsy magic,sorcery,and witchcraft is ever-present and interesting as hell.

Found the place I got that spell from.

The book is old,and out of copyright.Don’t know what this forum’s policy on Sacred Texts is,but I will share this nonetheless.

The book I learned this stuff from is Gypsy Sorcery and Fortunetelling by Charles Godfrey Leland.

I bookmarked the link you shared Arcane in case it does get deleted by a mod.

I do have some negative memories relating to Romani folks,since they are not the best type of folk here, but I will say that their magic,and their spirits have been potent and fascinating.

For some reason in America gypsys are romanticized. I guess being an ocean away and most Americans not having much international travel experience they tend to be culturally ignorant. To quote a guy I was talking to from Bulgaria once, “Americans romanticize gypsys. They aren’t romantic. They’re goddamned chicken thieves.”

I have to agree. They have a much deserved ill reputation across Europe. One ripped me off in a bar in the Czech Republic once and I literally threw him halfway across the room and got out of there before they swarmed me like a bunch of minority muggers. I hid outside waiting for him but he saw me before I could get to him and outran me as I chased him down the street.

This kind of reminds me of Haitians and voodoo. If their magic is so “potent” why are they some of the poorest people around having to beg, borrow, steal, and con for a living?

I do agree with Iam Incide and Arcane. True Gypsy folk have thieving ways and will con and steal to get what they need. But when I refer to Gypsy things I am simply mentioning the style of dress that everyone seems to have labeled as Gypsy. With all those coins, and crystals hanging off their clothes, bangle bracelets, metal jewelry etc.

Sacred Texts’ copyright statement is linked right on the side of the link posted there: http://www.sacred-texts.com/cnote.htm

Mod hat off - neat stuff! Agree on the gypsies in general, we have a big problem with Roma beggars in London, they cart a small child round for the sympathy vote, and some really do give you the evils if you don’t feel moved by their whining, luckily I know a trick worth two of that…

Definitely going to have a good look through there and see what I can use, I just hope you’ll all contribute to my legal expenses when I do this with my car, later:

As a particularly powerful conjuration against thieves, the owner runs thrice, while quite naked, round the animal or object which he wishes to protect, and repeats at every turn:—

“Oh, thief, do not go,
Further do not come
Thy hands, thy feet
Shall decay
If thou takest this animal!”

Im a bit curious. What are Gypsies relationship to jewish people? Because Ive heard they both travel alot across different countries and share certain similarities in certain things (which I will not say outright to be neutral).

What are Gypsies relationship to jewish people?

I don’t know about spiritually/magickally, but having no homeland’s got to be a bit of a headfuck, and then also getting the blame for every pestilence, missing child, etc., being always “other” and looked upon with distrust, fear - and need.

I read an article from a lady in the U.K. that says she comes from a long line of “Gypsy” folk and she was trying to clear up some things. Says that many modern day Gypsies and those that have migrated to other countries and have settled in a permanent location don’t engage in theft and cons, they aren’t nomads and drifters. She said most of the ones that actually do that stuff don’t like to be called Gypsy as they see it as an insult because they know of their bad reputation and that people have come to associate the term Gypsy with mischief and lies.

But she felt like she was treated differently sometimes because people associated her family bloodline with Gypsy and automatically assumed she was dishonest and owners of some of the smaller intown shops will watch her like a hawk as if she is going to steal.

Well if you’re going to steal, just fucking steal - same as Viking raiders, Romans, and my beloved Hathor and her ancient Egyptians who stole, raided, ripped off, and enslaved the fuck out of people!

I agree with the above.

This is also why I mention their excellent potential as vampires,because some of them could vamp the hell out of me before I entered the vampiric current more fully.

I have,however,also known Romani folk who are prosperous and happy,and are certainly not in the kind of mess most of them are.And some who are shooting for the stars,and I know will reach them.

One of my Romani friends was nearly married off to some older guy,by her aunt,before her mother saved her.Long story.

But ethnic group doesn’t determine your future.Magically speaking,I’d be amazed if I found out I had gypsy blood,because I want some of that magic in me.Myy bloodlines,are incredibly dull for the past several generations and I WISH I were more of a mutt,so I could have a million systems to draw from.

Thankfully,my past lives make up for that.

I know their magic is powerful