So as I’ve seen evoking weird and unusual characters aren’t all that weird here, but how many others have gotten into working with Pokemon?

I’ve had great experiences with Palkia, Dialga, and Giratina in term’s of rushing the speed of my workings since the three of them combined have the particular influence of making reality less “real” and therefore easier to shape. The trio can also help with a particular brand of magic called “dimensional jumping” as well, in my own attempts at it. They’re all said to reside and create alternate realities, however from what I see it’s just more the ability to navigate through them and bring over the particular rules of other realities. 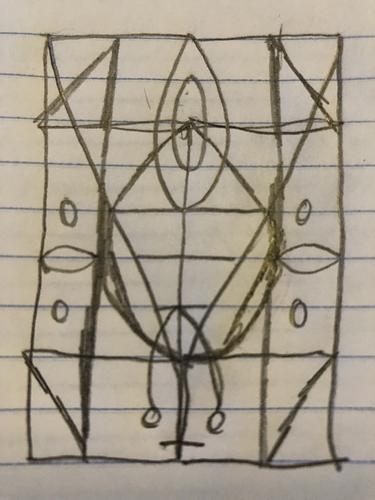 The rest of the trio you should get to know yourself, I included Palkia’s one first because he’s sort of the “gatekeeper” of the three and can help introduce you to the rest of them and make it more individualized.

Mew and Mewtwo are basically the same thing with different focus, think of it as like Mewtwo being Mew’s brother and son. Another way to explain the way their energy interact with eachother is If Mew (She) is the origin of Pokemon then Mewtwo (he) is the origin of their thoughts.

Their main function is to help in the creation of really strong egregores, they set out the patterns, responses, tendencies, instincts, and whatever else you want out for you, basically if you give them an offering with instructions to help you make something, it’ll come back to you and you’ll never even be able to tell that it was created by a character in a children’s TV show.

As above I’ll post only the sigil for Mewtwo because he’s the more “mature” of them both and any summoning of him almost always brings along Mew anyways. 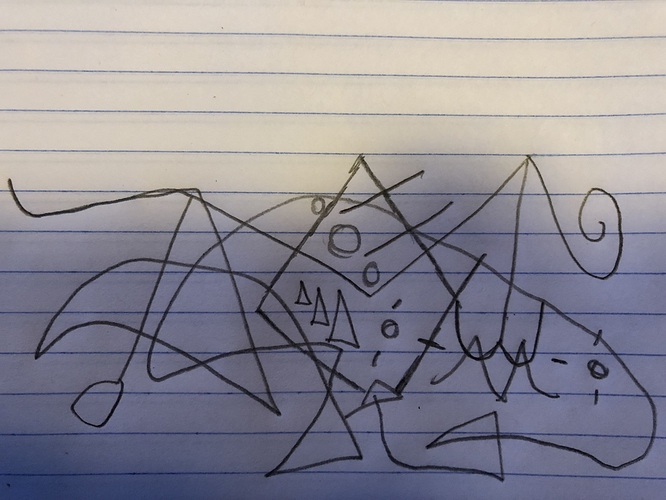 DARKRAI
Darkrai is associated with Lilith.

As one can imagine, Darkrai is mainly used for baneful and vampiric workings, feeding from causing his victims nightmares.

as one can imagine if you call Darkrai during a time that he doesn’t want to be called and he causes nightmares Cresselia is the one to call.

Celebi can be compared to Cernnunos or the Green Man, living in the forest and spreading prosperity.

She has control over not only wealth, but also health and prosperity in general. Work with her can be beneficial to anybody, so I would highly recommend it.

I’ll post on more pokemon and maybe clean this up in the future, but for now let me know your experiences with the Pokemon current if you have any.

Too bad, riseordie left he would love this. 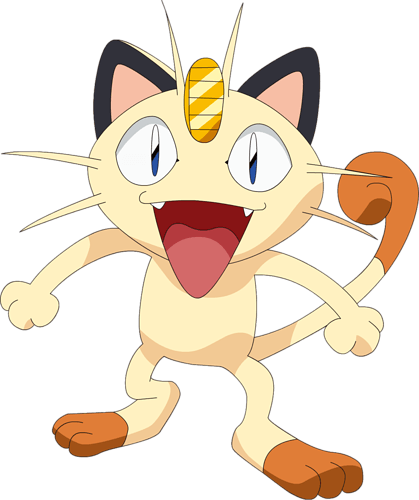 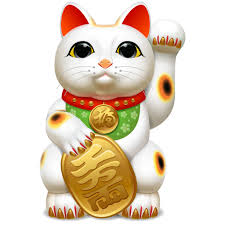 Only that one Meowth is capable of human speech. It makes him unique but weaker than the average Meowth, which is why he chills with the bottom of the barrel for Team Rocket.
He normally would know Payday which brings extra money to his trainer but this one gave that up to speak.

Most of the legendaries have this ability as well however.

Picking favs, going with Eevee and Dragonite.
Eevee has the most versatility and is a Fox in its original form.
Always been closer to Fox spirits.
Dragonite because he’s the first badass dragon. A power house of power but also versatile in speed and learning (they are the mail men in the anime).

It’s interesting to think of what energies you can get from Pokémon, they all do come from Japanese mythology, most being Youki.

Pokémon are great! My first spirit guide in this life was a Blastoise.

I found out that cannon turtles get really angry!

My second guide was Zapdos, and he’s a lot more intellectual than ‘lightning crow monster’ sounds! And way more outcast, too, even for monsters!

Groovy thread! I’d like to see any other sigils or experiences you have with them.

Omg I love you I’ve evoked him before, as well as Darkrai.

I actually made a servitor before based on an Abra

I can’t edit the OP so I’m posting this here.

Zapdos, the elusive ‘lightning crow monster’, has domain over the brain and, of course, the weather, particularly lightning but he also usually arrives in an evocation with a gust of wind for me.

He’s very solitary creature and has a very unique form of thought quite different to anything else I’ve ever felt before. As Qayos has stated, this is because he’s connected to the monster current.

As such, he’s particularly effective in removing all unwanted mental habits and thought patterns that may want to be removed, as well as engendering new forms of consciousness that can be achieved without all your current thoughts holding you back.

It’s best to evoke the trio at the same time under the command of Lugia. 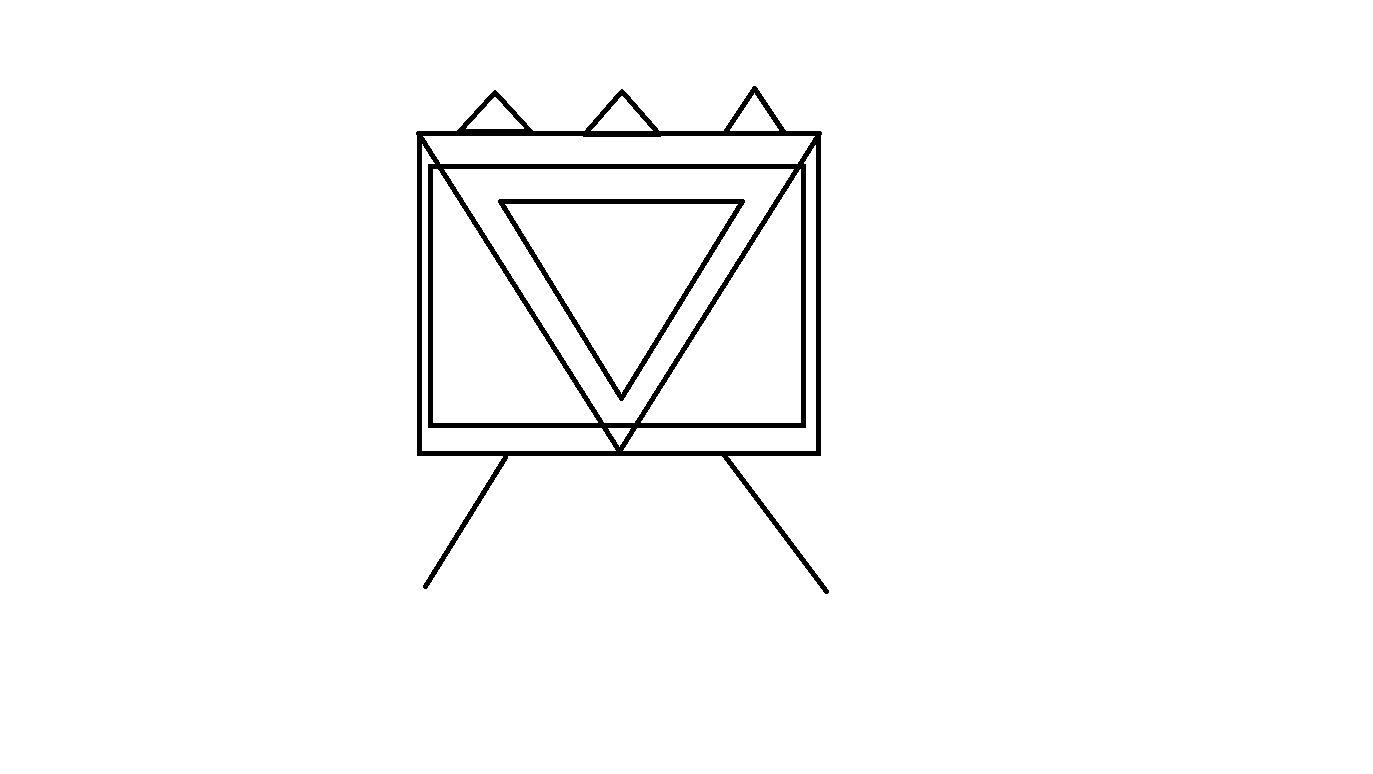 Of course, they’re all under the control of Lugia, who’s the one that decides what they do with their power. If he doesn’t want whatever you’re asking for to come into play, it won’t, plain and simple.

My second guide was Zapdos, and he’s a lot more intellectual than ‘lightning crow monster’ sounds! And way more outcast, too, even for monsters!

Quite similar to my own experience, but I haven’t really worked with him too much, so I by no means have all of the information about them, perhaps you would like to share with the class?

As one can imagine, Darkrai is mainly used for baneful and vampiric workings, feeding from causing his victims nightmares.

as one can imagine if you call Darkrai during a time that he doesn’t want to be called and he causes nightmares Cresselia is the one to call.

If you don’t remember dreams, will his nightmares make you remember them?