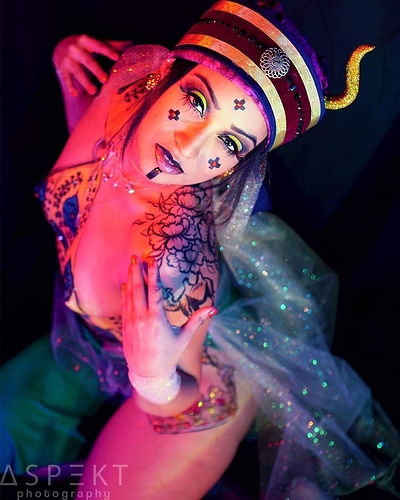 A designer in town wanred to play Astaroth but we had a bit of a fall out. It may be a bit tricky for spirits that ride animals but I’d love to try when we get back to working on the series!

Ridning an animal? Astaroth is a princess of hell. And The daughter of Satan. Can you see spirits?

No, i can’t. I can feel the presence of the angels and daemons but not see. It just comes in the form of a frequency but i never know what to do with that.
Astaroth is traditionally portrayed as what looks like an angel riding a beast of some sort.

Would love to see a portray of Lucifer if possible

"Astaroth appears with a very immense aura. It has a very soft blue color, not soft in terms of strength, but soft in a sense of beauty. Astaroth’s energy is invigorating and comforting; it is truly beautiful in every way. She has long Golden Hair; she is quite tall and is surrounded by a vibrant white-gold. I feel her most when I make the connection during the Invocation of the Four Ruling God Powers of Duat. She is always there to guide me when I feel lost or I am struggling. Her voice is very powerful, Astaroth is very caring, but she is very clear and concise when she is directing me. She helps me so much and I am so thankful to Her for everything.
– Vovim Baghie 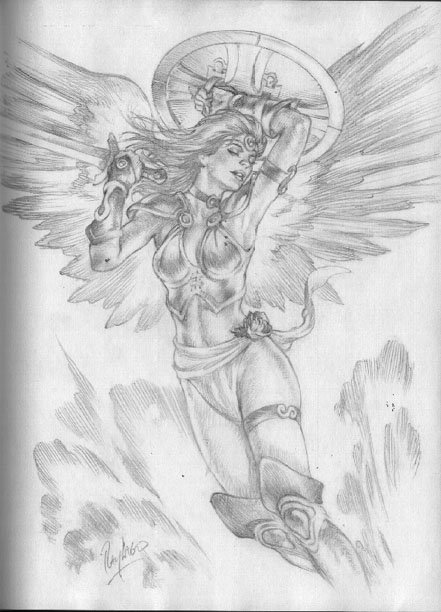 Maybe some day! This is focusing on Goetic spirits, though we have done Lilith.

Ah, you’re the second person so suggest the original deity. We have actually done an Inanna, Lilith, Kali and Astarte shoot for our Goddess series.

This is focusing on Goetic spirits, though we have done Lilith.

Wonderful Goddess, one of the first Demons I worked with and she was/still amazing!

King Paimon also is portrayed riding an animal, but you made it work anyway. Colourful and regal.

Which spirits do you want to see me portray?

The lighting is my usual style. The artist decided to paint the camel on.
And thanks!