Gang Stalking and/or Targeted Individuals - Dismantling Such An Egregore

I can do it easily but the speech is long and tiring, I will prepare something if you want and also how to defend yourself effectively

I don’t mind a long and tiring speech. I would kindly request to use this information for some Videos.
I had the feeling of people behaving strangely for the past 12 years - but since 2019 it has gone off the hook.
How long has this technology been around? They seem to have powered it up a lot the last 2 years.

I often wonder if my soon to b ex-husband was a targeted individual. He believed in a lot of conspiracy theory crap and felt he had no choice to obey.
On the other hand he really didn’t put up much of a fight, and was often full of negative energy even before this.

We are all Targeted Individuals, therefore the term does not exist. And feeling like a victim creates self-fulfilling prophecies. They can not fully control a Human just send images and ideas to the brain or influence emotions. Awareness does safe you.
Everyone is being influenced, some might notice it, others don’t.
They pacify the masses and try to turn them into narcissistic, self-absorbed, morons.
They do have some programs but the basic idea is to control them all.

Archons, Demonic Attack, parasites or Technology,
Shielding and Psychic Protection works for all of it IMO.

Now it is much easier, everything starts from your health card and all your data scattered around common hospitals and regions

I believe you are a troll trying to scare people. Seriously. Whenever someone cannot fully explain a technology, he is just a disinformation agent hired to infiltrate forums and discourage individuals from using their higher powers.
We have attacked some of those people and they will get what they deserve, no matter who or what they are

I don’t understand why you think I’m a troll, and why on earth I should scare people, however google is full of mind control patents just search and find everything you want to know.
So don’t blame me or anyone who doesn’t think like you.

Normally I do not respond to provocations, but let’s see if you are able to do this experiment as in the image project the number 18 through a green or blue laser beam on a person pulsed at 1 Hz, and then you tell me what happens to the mind of the affected person , Anywhere in the world it is even if it is in a tunnel. 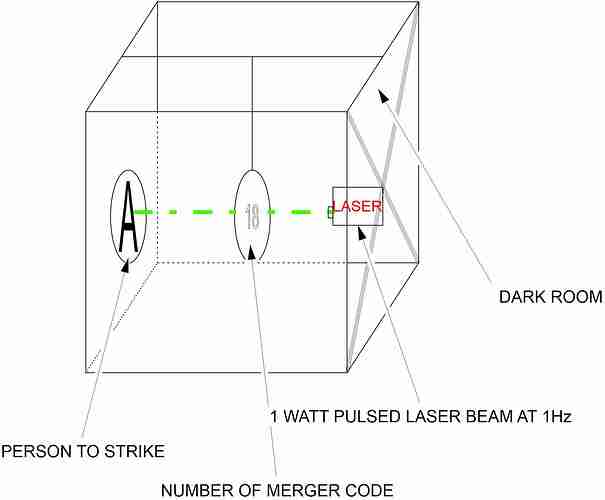 I have studied a few books on Psychological Operations and Machiavellian Techniques how to oppress and discredit groups and individuals.
And I came to the Conclusion:
All Warfare is based on Deception as Sun Tzu says in "the Art of War."

If someone comes up with: “BUHUU,
we have 40K machines that are soooo complex and we know aliens underground who are our friends (but they don’t want to be your friend).
The things I know are toooooo complicated for you to comprehend! You are small, I am smart and great…”

RUN the other way.

I KNOW they are rather deceived themselves and have no idea what they are talking about, or they are simply Agents, paid (they don’t get paid a lot I have to say) to infiltrate groups and spread disinformation.
I did read Robert Duncan’s trashy books (and many others) and they all describe occurrences that are congruent to what Psychic Attacks can cause.
I have developed my Remote Influence and Remote Viewing Abilities and know enough about Human Psychology as about Morphic Fields and Scalar waves.
What bothers me the most about this Fake Authority Agents and how I spot them is:

The game of fake superiority is the only power these evil people truly have when most information is being stolen from highly-intelligent individuals while they use systems of oppression to keep them from exposing fraud.

Because you cannot come up with an explanation, I can spot something is off about you.

Basically, the increased Wifi Radiation is the main Problem. Yes frequency can be sent to the brain this way but you can also block it with visualisation, prayers etc. The Human Mind is very powerful and a dangerous weapon.
When people feel targeted, they need to get the Wifi out of their house, detox Heavy Metals from their body (bc they absorb radiation), keep their phones away from their body and become spiritually aware.

The Idea of the Targeted Individual is a bunch of stuff mixed together which has no real connection and it literally starts with the fact that most people have entity attachments now because their aura is weak (from all the poison in the air and food) — and it gets easy to manipulate and deceive them spiritually. AND feed off of their energy.

I fully agree with what you wrote, but as you can see the information is a lot, and I don’t have much time available but above I have drawn an example of how to use quantum on a person, having said that if you had asked me if there is a solution I would have answered “YES, THERE IS THE SOLUTION” and for those who wanted in America a researcher has just put a hat built with velostat once worn you will no longer have intrusions by the mind control system if I find the link I’ll put it in the description but if you want intact look for a hat in velostat hello.

this is the link http://neurohat.org/ I hope I have been helpful

I wanted to add that the TARGETED INDIVIDUAL PROGRAM is obviously a program invented by the Three Letter Agencies which is a psychological operation system of Self Destruction.
While I do believe people are being targeted online with very cheap tricks:

When the Individual is weakened enough and confused,
Promote the Targeted Individual Videos/Idea to them.

If you experience powerful Psychic Attacks from those who know what they are doing,
you will become desperate because nobody seems to believe or help you and you become open infiltrations of the mind - therefore could attach to a group like The Targeted Individuals because it offers you a false idea of belonging.
Groups always act as a relief even if they disable the person. This is why many people with psychic abilities feel relief when they receive a diagnosis just as schizophrenia, bipolar and so on. Somehow, it makes them feel as if they are empowered and belong somewhere and there is some (ill-believed) hope to be part of the system again.

The wish to belong to a group and be understood by others even if you are connecting to a group of mentally-ill people, is the human instinct those agencies prey upon.

I only later understood what had been done to me during the worst forms of my Psychic Attacks.
Suddenly, all these videos on Targeted I. were promoted on my Youtube Channel and you end up watching them. They want you to believe this idea they created.
THEY WERE PROMOTED TO YOU to lure you into an Egrigore.
I almost fell for it because the human mind sees what it focuses on. F.ex I began to see Cars with the Letters TI everywhere.
I even began to notice helicopters everywhere but unfortunately, I know enough about the human mind. So it didn’t work to lure me in.
I blocked the Idea and when I did that, most of the occurrences stopped.

The Occult and Occult attacks ar what many people in power use on the ones they aim to silence or oppress. Leading them to a false belief system does the rest.
You have Chakra Machines and by blocking the Crown Chakra you can drive someone insane or make them ill. But attacking the belief system by implanting false ideas is more powerful than any technology could ever be.

For those who want to collaborate, I found the filament for 3d printers to directly print the headset to be inserted under the hat, next week I will begin to do the first tests and design in 3d the first velostat hat printable with your 3d printer