I love ACV and I drink it daily with green tea but I also use it for so much more.

So a lot of people may be familiar with four thieves vinegar. I won’t go into too much detail about it cause you can google it if you want to know the whole story.

Anyhow during the black plague these grave robbers would use the stuff to keep from contracting disease. It was usually made with white vinegar, AVC or red wine. They added at least 3 herbs like: sage, thyme, rosemary or cloves. It is infused for 15 days then strained.

Now FIRE CIDER is similar but way more hot and potent (imo). So fire cider is used to prevent illnesses, cure infections and basically just keep the body very healthy. It’s similar to the concept of sweating out a fever. The body’s natural immune response to infection is to increase the body temperature to kill any foreign antigens (viruses, bacteria, etc). Well you can mimic that same immune response by ingesting hot foods. And by hot I don’t mean hot tea or coffee or a hot meal. I mean hot peppers, onions, garlic, horseradish; foods that will continually heat you up internally as long as you take it regularly or for the duration of your sickness.

Now there are several recipies but they’re all similar, differing only in one or two ingredients. The FIRE CIDER I made today consists of:

~2/3 Bottle of Raw ACV
I had an extra empty ACV bottle that I used, since obviously a new bottle is too full for all the ingredients.
1 Whole Onion
1 Bulb/Head Garlic
1/2 Horseradish Root (about 1 1/2 cups worth)
Juice from 1 Lemon
1 1/2 Cup of Tumeric (you can use powdered or dice up the root yourself)
2 Hot Peppers (this time I used serranos, last time I used habañeros)

These peppers are extremely hot. The seeds are the hottest part. I used gloves when cutting them open and I made sure to scrape out and discard ALL of the seeds.

Btw, these aren’t proper measurements; it doesn’t have to be exact. Anyhow, use a funnel to get all the goodness in the empty bottle. Then add your lemon juice and then the ACV. Shake it so it will sink then top it off with more ACV. Give it a vigorous shake and then put it somewhere dark and let it infuse for about 2 weeks (make sure to shake it at least once a day). When time is up strain it and Voila! Home made FIRE CIDER!

You don’t need to refrigerate it unless you want to. You can take a shot daily just for the health benefits alone. Or if you’re gonna be around sick people you may want to take it as a preventive measure (health care providers I’m talkin to you). And if you are already sick this can help to speed up recovery time and lessen the effects of the illness. 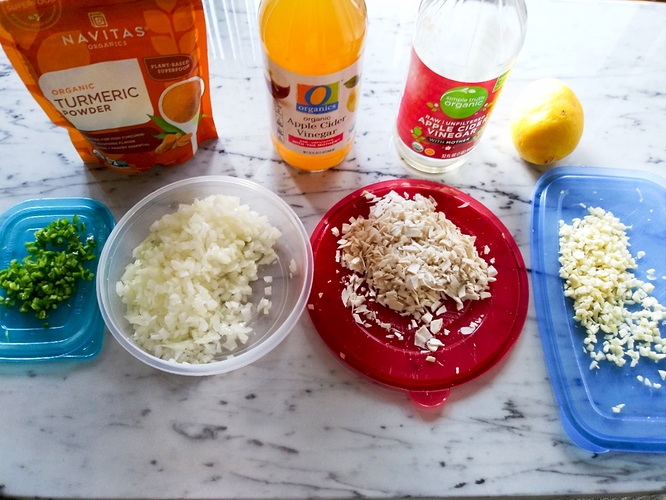 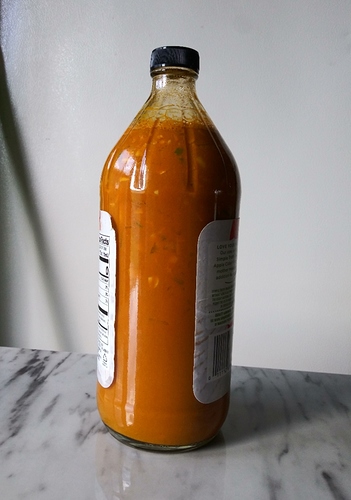 Btw this post is okay, 4 thieves vinegar is a hoodoo thing as well as basic herbalism, and we have stuff on herbalism, nutrition, and so on, so this is fine.

I replied on the original flag questioning the on-topicalness.

Okay, magick aside, this would be amazing on some turnip or collard greens.

Lol. Yes It would. It smells so seasoned and it tastes delicious…if you don’t mind the heat. Are you from down south?

Some recipies actually recommend (after straining) using the leftover ingredients in a food recipe.

North Carolina born and raised lol. So naturally everything I eat has a healthy dose of hot sauce on it

healthy dose of hot sauce on it

Bump.
Would like to link to my thread on Transmutation in Your Food
And
Congratulations to the the thread topic Author
@Single_Seed_In_Hell

Thank you very much. Glad you found the information useful