Sorry for the late reply, but it does sound like things went smoothly and you did well.

The only thing I can chime in is that spiders are often associated with “weaving” one’s own fate, essentially taking charge of one’s own life.

Can you elaborate more? I am sorry but i feel lost a bit if u mean by “weaving” me or the party the spell was done on.

More likely you taking control your fate, but meditate on it and see what you come up with. Keep in mind that it is just a guess on my end

I will, but it means something positive about my life is happening so.

I was looking for some songs for specific deities or spirits and found this for Astaroth. So i wanted to document it and share it:

I wish i could find one for Lucifer… that is as nice as this. Let me know what you think if you hear the whole song.

Its been 24 days since i practiced any magic except for one i didn’t really want to do, but i had a commitment that i had to keep. Now, since my pact is over I feel a bit different or back to normal for some reason! And I got this urge to stop practicing anymore or at least for a while.

So, I decided for the time being i am not going to practice and I am taking a step back from magic.

Be blessed by whatever real energy or deity out there.

Goodbye BALG… at least for the time being.

Hi, I really appreciate that you give time to write your journal on BALG. Can you give us some updates? Are you seeing any results?

Okay so, its been a while since i posted or practiced. Before i slept I really wanted to connect with astaroth for some reason. So, I turned this mantra clip of her by boemoth ( i will upload it later) and listened to it while i slept.

I just woke up at 4 AM which been a while since i did. Maybe also because i was having a nightmare.

So I dreamed that I went to my parents bedroom to use their bathroom for some reason! when I went into their room I saw my grandmother laying down on the bed on my mom’s side of the bed, where sleeps and my grandmother was covered with this slimy greenish substance and had all these bugs and scorpions on her. I go into the bathroom and i see this side of the wall full of scorpions and flies and bugs and while I was seeing that I felt like a scorpion was stinging me on my actual bed from my lower back! and I woke up and i look at the time its 4:13 AM approx. So since I was listening to Astaroth’s mantra before I slept I decided i will document this dream here and maybe get an advise or ur opinions???

@DarkestKnight @Manosman @Dralukmun your thoughts are highly appreciated as well.

what is your relationship with your grandmother like? Good or toxic?

So, the scorpion is a bad thing in a dream. It means ethical damage or betrayal. Your grandmother was covered with scorpions, so I’ll second @Dralukmun’s question.

Scorpions in your house mean that someone is threatening you or you’re scared that something bad will happen to you (like some people are trying to deceive you or something).

If you see (or feel) a scorpion stinging you, it means that you’ll have some sort of economical or ethical damage.

Also, bugs (like flies or any other annoying bug) means that you are being annoyed that other people are talking about you or you feel annoyed for something that has to do with other people in general. Maybe something went a bit wrong with your planning and that annoys you a bit? But in general, is nothing that bad, but it’s a sort of annoyance.

when i was a kid it was toxic… but right now we are just nice to each other however we are distant.

thank you… i appreciate your interpretation and thoughts

FYI this is the mantra i was listening to : 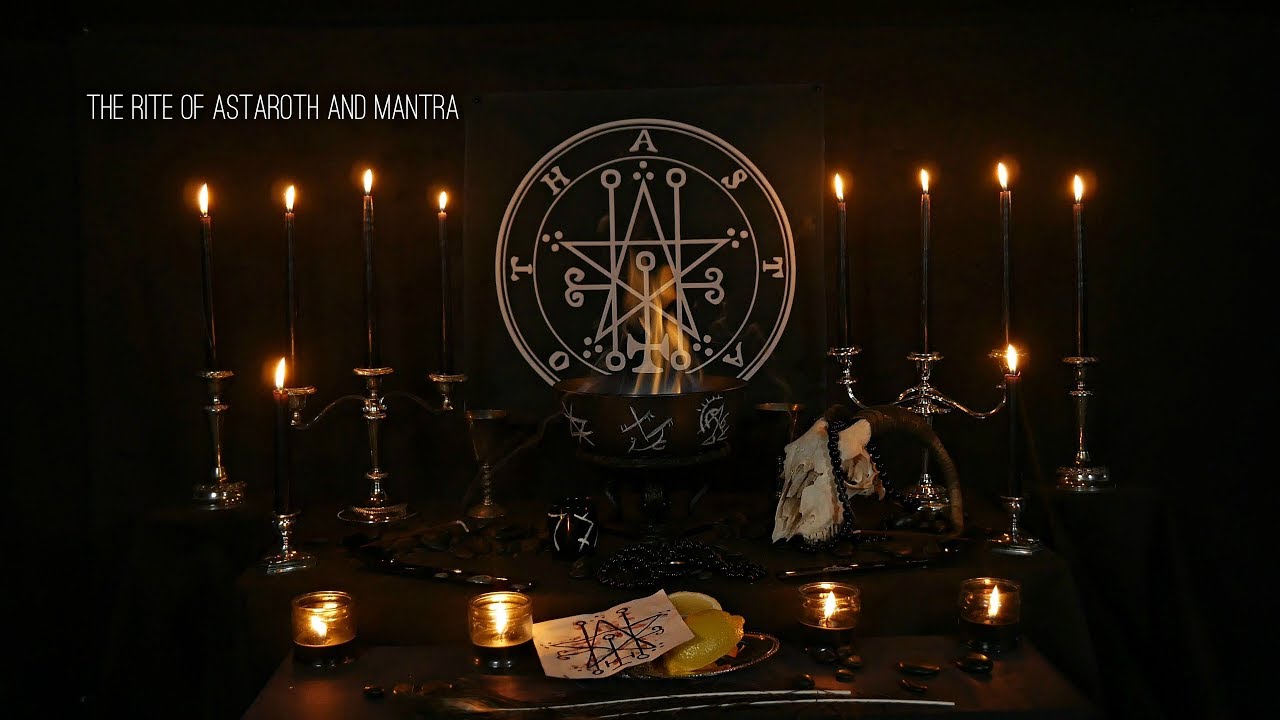 Guess who is back

The Secrets To Working with Djinn - Discussion & Guide

I was doing some research and I suddenly look at my calendar and see this word but didnt notice the whole word but a one of its letters that looked like something like ق which is associated with amaymon’s symbol. Then I felt a really strong calling by him to ‘get the fuck up now and summon me’

I have never felt such a thing. I was actually surprised cuz since i began practicing magic this was the first time ever a spirit came to me by itself to invoke her and in the same day.

I ended up invoking him… didnt really take notes, i was tired and not really prepared. I forgot my journal and pen, which amaymon ended up asking me to have pen and journal from now on. He kept showing me links to previous rituals and this ritual and how important to take notes.

it was as if he was telling me that sometimes noting will really help me see the connections and understand spirits when im unable to receive through my journal.

After we communed for a bit, i ended up giving my offering and declaring the ritual over and thanked him for the visit.

Since my last ritual with amaymon, I felt as if he wanted me to work with belial and i kinda of have history with him and he really screwed my life upside down and made sure he broke my heart into piece. Or at least thats what i tell myself or believe

I refused in the ritual stating that I dont like to work with belial. So, today (the day after my last ritual) I have been feeling a huge pull into working with azazel.

I was wondering what is the connection between the two? and why does amaymon think i need to work with another spirit along with him?

(post withdrawn by author, will be automatically deleted in 24 hours unless flagged)

My thought is perhaps Amaymon is trying to shift you elementally speaking. Think of the four gates or cardinal directions in the satanic LRP.