He appears to me like he always does looking like Brad Pitt… Interview with a Vampire style.

It’s about time you called me.

There’s nothing to forgive. But I could have helped you.

I know. Why are we here?

It feels like we are on a space ship. Everything is silver or metallic … it feels … like it’s not anything we have.

Would you rather be somewhere else?

He walks over to me and lifts my chin. . It’s important that you understand who you are …

Promise me you’ll do some meditation work?

He kisses my for head and walks out. 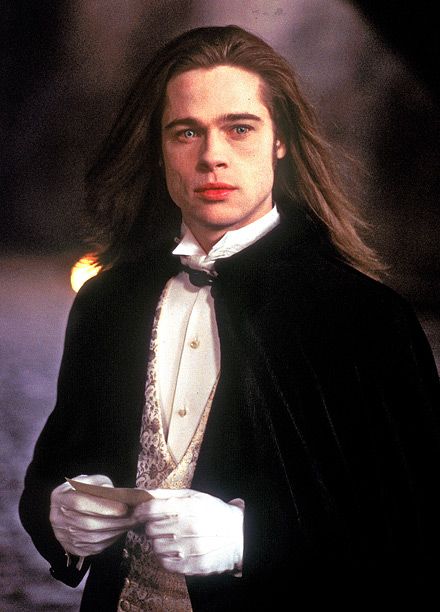 Oh I talked to Belial, he said you need manners

Why would he offend you anyway?

Hmmm that’s weird… he’s always been nice to me

Interesting. This names been around me years ago… Didn’t think about that.

Who’s Shax? A guardian of sorts?

He’s in the goetia

he said you need manners

It’s funny because his name has been popping up for me as well as a lot of clips from that movie. What is Shax like to work with?

17 posts were split to a new topic: Removed derailment

Do you mean that, or rather confident in making a point?
I greet all beings in the name of my I AM-presence, the inherent powers of godhood within, in supreme respect love and gratitude spoken out as such, and they usually reflect the same.

The reason of that is because of the mirror effect, the beings one interact with usually
sooner or later call us on our attitude towards them- they do that to teach us that life reflects what we project towards it. Of course I do black destructive black Magick too, in combination with the source of all and archangel Michael combined…; but what happens then through demons is that they help you to dissolve thought patterns and their corresponding emotions - (I generally use it for the illuminati in case you wonder…) to, as it is necessary, purge the shizznit out of their activities against the human race…; but, I’m digressing - life is a mirror palace -
I remember something called project (I believe) Montauk or Pegasus) being about time/dimensional timetravel in the 3D/4D cosmic sphere…;
and they learned that what would happen in those dimensions would be a direct reflection
of their attitude - based on the purity of the heart- a central point through which we all create our own individual experience of reality as a microcosm.

I remember being nasty to beings because I was feeling like shit and didn’t get what I want, I (thought) and they did bring into my experience a guy that was acting exactly the same then I did…;
reading later on that I had to be more grateful, and it was preferable to connect in particular ways.

The way why I greet beings first in a partifcular fashion is because I know that they will
mirror what I mirror.

Some people for example seeing and treating lilth as an enemy will end up getting in a fight with lilith, who ultimately is an aspect of the godmind, first and foremost, just like any demons is.
It’s always best to have a most optimal relation with any of those beings you work with, because it causes you to experience harmony with those components. What it also does is empowering self-respect, and self-harmony since it is literally a part of you like your arm is a part of you.

thanks for sharing, please do keep sharing the rest of your gnosis on this particular being if you wish

you see those beings are servants of the Source of all within us, which is our true Self, which they serve in one way or another, as friends, allies of the magician to be treated as equals of course - and they do appear as they please, which often has very specific reasons - they don’t always appear as is being said in the goetia - it also very much depends on how you do your rituals - I sometimes see demons even appear as light-beings once I did transcend their initial dark essence.

Greet them from the inherent powers of godhood witihin yourself, the Almighty I AM-presence, in supreme love respect and gratitude in these words and they will treat you in the same way you treat them. Sometimes I add ‘namaste’ and they fully harmonize with me during our interactions…;

Keep building experience, it is the cornerstone of the process of awakening to your own eternal godhood as a whole…;

Belial has always come across to me as someone that sees first impressions are important. He either likes you or doesn’t and it takes awhile to change that opinion. I wonder if things haven’t gone to well cause you might be too alike in that way.

I find myself trying to recommend people to him but he just says he doesn’t have time to think about making judgements he just does it. He said I should think more like a god you give someone second chances because you want to not because the reason begs for it.

But if working with him would benefit you he appreciates the energy put into trying to prove him wrong.for example a person comes into their first job interview late and desheveled but the perfect person for the job. The second interview is very early in the morning and he brings a business proposal that will save the business money.

I found him to be quiet but when he does speak it is short and to the point. I have an impression of speed and I noticed minor requests were preformed quickly.