Well last night I evoked Beleth. Due to the circumstances of the day and how tired I was I did it in a lucid dream of sorts. I focused on her sigil and name as I fell asleep and ended in a dream filled with grey light and mist. There was a sense of dread at first but it changed quickly as I ventured further in her form coming out of the mist an older woman in grey robes. It was an odd feeling from her a matronly type of care but also willing to throw you into the fire if you are not careful and clear.
She said I was too focused on some people in my life and would be better serves spreading my attentions when the time was right for it. She said that in time I would see her sign and I would know it automatically and that would symbolize the final changes of this stage. I am not quite sure what it is yet but no doubt when it does show I will know as she said.
Interestingly enough after she left my dreams dealt with the Three Fates dressed in similar robes so I feel she is somehow connected to them.

The picture I saw today randomly and is somewhat similar to how she appeared but without the blood and hood and only her robes were grey but it is still a very close match. I figure this is just to tell me that the dream was real. 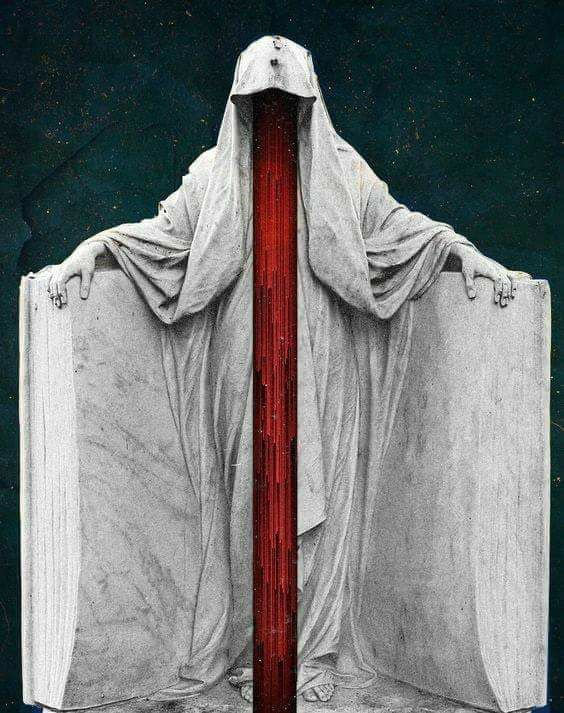 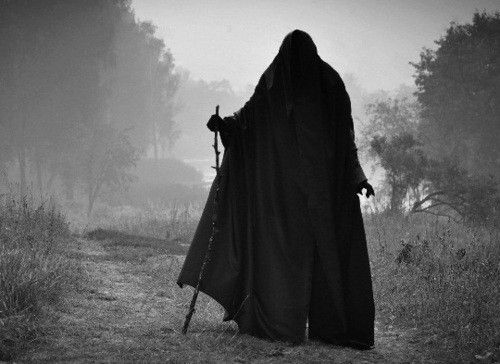 Beleth appeared in my room and showed me big clock

But what should I do …I asked?

What do you WANT? When you answer that question then you will know what to do.

Golden clock is funny because of what I recently acquired for my alter. 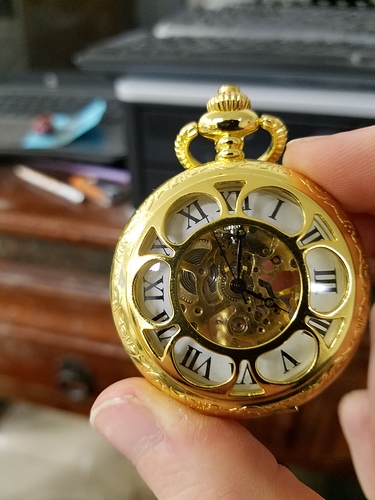 I got it just last week for free. It has some special energy to it and reminds me of some timelord artifact from Doctor Who.

For some reason I saw Beleth as the angel of death from Hellboy 2. 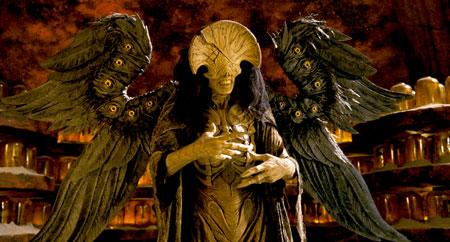 Not because of any connection with death but because the wings being covered with eyes. The creator came up with the character from Mexican churches where archangels are often depicted with eyes all over their wings. They can see into peoples hearts and emotions to see their “sin”. But the feeling is a bit warped like a fallen angel that sees into you heart.

I was thinking this and I heard Beleth’s voice as male. I got a female vibe but a male voice. I felt as if I was being corrected. Not because he was angry but for my information.

“I govern emotions. Call me.”

So i decided to preform this ritual the same way i did for Bael with an invocation and evocation. For some reason i could not figure out this ritual had me nervous right up till i preformed it.

The results did not disappoint.
When i finished with the invocations i saw fields of color and light spiraling around me along with a rush of energy.

I continued with the evocation in the manner i have been using with a slight variant, intuition led me to set up an evocation hexagram surrounding the vessel i use for fire. I set the incense resin and lit the fire while Beleths energy coursed through me. As i began to visualize Beleth’s sigil within the flames the smoke formed a spiraling pillar around it.

Pressure surrounded me as i heard beleth’s voice. For me beleth appeared as a female cloaked with this field of light and a mix of shadow with a body that was also a mix. One of beauty and decay. Supple flesh and exposed bone shifting position as much as the light and shadow she was dressed in. It reminded me of the way the goddess hel is described. 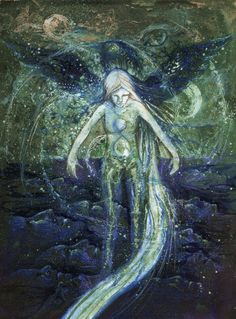 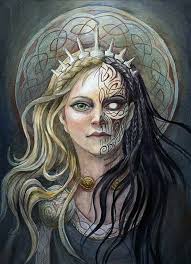 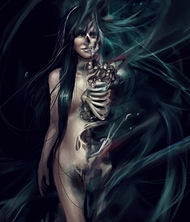 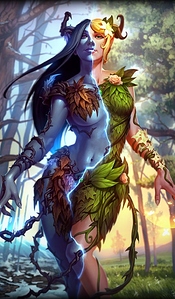 The rest gets pretty personal after that. But it was a good start to things. As this work is far from done. 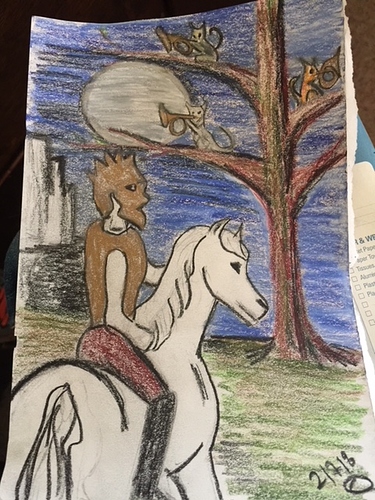 IMG_1872.JPG480×640 157 KB
So funny thing is my favorite silver ring went missing after I asked for King Beleths help. Last night I lit a chime candle over his sigil and just meditated with him. I had the most electric current running through me. I found it the ring and I am wearing it on my left hand. I started this drawing Friday

crap I almost forgot in my dream last night he was playing with our new puppy.

Although I had dealt with spirits for most of my life (bar when I walked away from everything), on my return to the craft, I knew the next step in my development was evocation, as I had never really evoked. I had no idea who to evoke, until watching one of EA’s videos (his evocation of Lucifer), at the point of Beleth being evoked, something walked out from behind my sofa.Invisible, but very there, and solid muscle. Solid ******* muscle. The expletive is necessary. So, Beleth it was, who I had never heard of before because I had never looked towards the Goetia.

I received three images, and the latter is relevent here with the above posts. I also saw the hooded robed figure, but more to the point, I saw clockwork. It was clockwork, cogs and wheels, inside the hood of a robe. My vision drew back, so I saw the cogs first, and then became aware that it was hooded clockwork.

I understood it as ‘the mysteries will be revealed in time’, but now I am wondering if there are extra layers to the symbol/image/message.