Are there any others here like me that feel the energy rush through your body while giving you goosebumps during intense moments a lot more than others? At a gig last night i came across someone following the path like us and had many triggers during the conversation (keep in mind its hot af in this place and i still get em) Its always a good indicator of a situation for me and became more of one after several near death experiences ( first time getting stabbed 6 times, second time i overdosed on ketamine and fell down a hill and totally left this dimension) Sound and music really cause these abilities to go off the most as i feel the emotion of it.

I feel like my dreams are also a place where im visited alot, especially that in-between moment from awake to sleep… mist forms out of the darkness and from there i go but i dont always remember.

I feel like its really fucking hard to explain whats going on with me but i would love to learn more from others.

Im also a left handed capricorn born on the 13th in the month of Belial. like i said also i was stabbed 6 times. symbols much?

Me with with a friend!!! 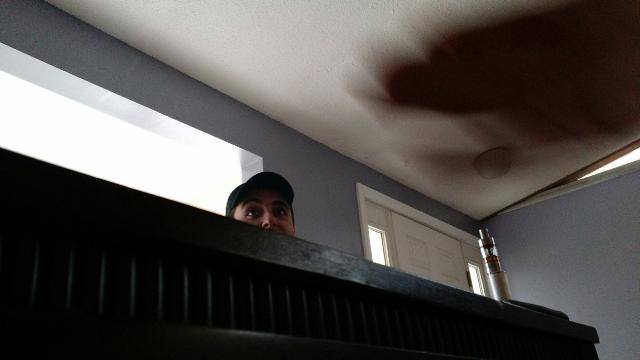 Hi, I’m an empath and I think I get what you are trying to say…I’ve been totally overwhelmed by emotions which I know aren’t mine and some places and people I’ve met have given me serious goosebumps, feelings of excitement or anxiety/panic (or ‘the ick’)

Sleep and dreams are definitely an open door to all kinds of activity, I’ve heard a guy say ‘hello’ as clear as anything, heard a woman laugh and have been punched, kicked and slapped.
I visit the same place over and over again (and have done since I was a child) and am convinced that this place is real.

Sorry for the long reply, I hope some of this resonates with you and I’ve not gone off on a tangent

I’ve learnt over the years to shield really well and also to trust that first ‘prickle’ when near someone.

Everyone is empathic in one forum or another. There are some more sensitive but there are also those with agoraphobia who convince themselves they are “just empathic” so be careful.

I’ve worked hard from a young age to work with or around the vibrations in the air (emotions and feelings are just that) and control them.
I’ve gotten flack because it’s hard to now explain how I did it as a child.
Shields are good but learning how to manipulate what’s around you helps a great deal on an empath’s psychological state.

Thank you for the reply’s and advice so far!

You Are Not An Empath, You Are Just a Human Who Wants To Be Special! Asbjörn Torvol

You Are Not An Empath, You’re Human!… Claiming To Be An Empath Is Like Claiming To Have Skin!… Having Empathy Is Part Of Being Human, Not Part Of Being Special!!! The last piece I wrote about was inspired by Jason Miller on the dishonesty of a magician’s success rate. This time however I have been inspired to write about something someone else wrote. This is a piece on empathy, inspired by Robert Norman Roske who posted a great little piece on empaths. He says in his post: “Stop claiming to be…

Good post but it seems like the definition is centric around feeling peoples emotions. For me its more about controlling energy. I actually put off even making a post about this because of possible stigma but i said fuck it. I feel like it would be pretty easy to spot someone doing said things.

“To be honest, in my experience so many people claim to be what they are not. I really don’t mind. Usually, people get hooked and everyone reacts in a different way. Some stay in a state of self-delusion, some get angry and turn to the opposite side.
In my whole life, only once I’ve met a really clairvoyant lady. Only one! 25 years of experience.
She was able to perform magic with no magic at all and was very a modest and lived a quiet life.
She gave her best to live a “normal” life, staying away from people mostly. I literally felt on her doorstep, but she accepted me right away. Great experience and a great person.”

the last part is what i was getting at, i just suck at explaining things!

I can understand the feeling of intense energy, and becoming lost in it. Words are very limiting in expressing such experiences to the fullest extent. Harnessing this surge of energy does set you up to produce potent results.

Are there any others here like me that feel the energy rush through your body while giving you goosebumps during intense moments a lot more than others?
This sounds more like feeling the energy flow affecting your body rather than emotional empathy.

I have felt this, but as an empath I don’t quite see what I understand as empathy in it… The energy of crowds,waterfalls, mountains, music etc will affect your energy body (qi/astral body), and you’re sensitive to the change in vibrations and flow. Shivering, sighing, yawning, goosebumps, even burping and passing gas actually (sorry!) are all signs your qi is moving - more than usual. It’s been a quite but I used to give qi balancing sessions, and people feel these even under a nice warm blanket in a room with no drafts while I’m moving the energy. Becuase your qi body affects your physical body. Likewise your emotions affect your qi, so there’ll be a knock on effect if you’re also empathic - your emotions are affected more strongly by others than most.

I can’t agree with Asbjorn that having skin is a good analogy for empathy - I guess he’s not an empath, or not a strong one, and I don’t know who he talked to that convinced him all empaths are attention getting fakes. That’s terribly short sighted and dismissive, it doesn’t even make sense… Not everyone even has empathy - e.g. people with very strong narcissistic or antisocial personality traits literally can’t even imagine what their victims feel. It’s not a yes/no attribute either, it’s a sliding scale - of course most people have some and in the same way that some can have none, others can have way too much. And no, ‘shielding’ doesn’t work, at least, that’s not a thing that ever worked for me, not for the lack of trying.
Ooh, hair! He should have made the analogy hair, from compete baldness to hypertrichosis, but most people fall in the middle and just have some.

Don’t agree with that at all. I my empath ability kicked in when I was about 14. I had no idea that those feelings I suddenly had were not mine. I went from happy to screaming to sad to laughing in about 10 minutes around people. I was put on medication. It helped but I was numb. A friend of my grandmother’s figured out what was going on and taught me rudimentary blocking. But it was actually more like everything out, or feeling everything. Later I learned layered blocking which I can adjust depending where I am. At work I’m just blocked enough to not feel my assistants emotions. At a concert I’m heavily blocked. I have met to people in my life who are shields. One I dated briefly and the other one is my best friend in England, also a witch. When I’m around her I feel what normal people feel, only my feelings. Have you ever met anyone like that? Very relaxing. But it comes in handy in my job, I can just lower my shields a bit and I can tell if a person is lying. Hated it when I was young, now I’m more using it to my advantage and the layered blocking has become second nature. 20 years ago I would have happily given that talent to Asbjorn, so he can see what it’s like.

I call it sensual telepathy - there are three types unbeknown to the world. Sensual - Aural and Visual.

This picture looks like a shadow person is about to dive on you.

As far as those sensations go, I think this happens to everyone. Maybe it varies based on whether or not the person is already empathic; eg. if you’re the kind of empath that’s more sensitive to physical stimuli. But, that’s probably their only connection.

I’m an empath and some of my real friends have severe mental trauma and I can feel it. The best way I deal with it is imagine a tap that’s my empathy and try my best to turn the tap off as well as I can

Sucks sometimes, doesn’t it? But at least know I can tell which feelings are mine and which are someone else’s.

Exactly and for me it gets worse the more people I’m around. I don’t do crowds well,unless I’m walled up completely and sober too. I noticed alcohol makes my layers go wonky.

I try to avoid large crowds and usually go off the beaten path and turn them into mini adventures from point A to B to not feel weird about. Feeling the massive amounts of hate, sadness anger, etc drives me insane cause I start drawing it in unwillingly and I fall apart. Physical contact puts it in overdrive cause I can feel their intent and see their lies through their emotions and DAMN some people are just sick and fucked up intentionally.

That is so very true. Without learning a solid way to block I’d probably be completely insane and not in the good way black witches are

I was with my wife and kids shopping one time and this guy was walking with this woman and her daughter talking walkimg past us. He brushed me and I heard him say" I’m gonna rape your daughter until she bleeds to death and there’s nothing you can do." I was like wtf you say to me and my wife instantly knew what happened and took the kids into a store. When I grabbed his arm his thoughts of what he was gonna do to the women’s daughter flooded me. I picked him up by his throat choke slamming him and forced him to tell the woman. I made her take my number and while he was turning blue I told him" I ever see that girl’s face or name in a newspaper I will pull your tongue out your ass so you can taste the piece of shit you are and hand you to the cops myself." He passed out and she called the cops and was arrested.