Do you believe in karma?

I believe in that religion is a bad karma. As well as laziness. Simply put, I believe in actions more than punishment. Although all the other myth the ones that not living their soul desire and not acting will have bad karma. Arguments and projection are a part in nature of humanity.

If karma does exist, I truely think it would only affect reincarnation or possibly mentality. Other than that, I don’t think it has a large impact on the world. Good things happen to shitty people and bad things happen to otherwise well-rounded people all the time. I don’t think doing bad things necessarily means bad things will happen to you but there’s more likely to be concequences for things that are “bad”. Not just legally because some things have negative impacts that are biological. Karma is basically an inflated version of that withhigh expectations for redemption. I think most things that people link to karma is mostly coincidence or a result of a poor psyche on part of the person who supposedly deserves karmic payback (depending on the situation).

So I don’t believe karma does exist as many people (at least in the West) may describe it, but I’m relatively agnostic about concepts such as karma in the first place and I’m open to the possibility of spiritual retaliation for our actions. For the most part though, I don’t really see it, so I think that if it does affect the world, it does so in specific or inconsistent ways.

That’s the Wiccan three fold law of return, not karma. 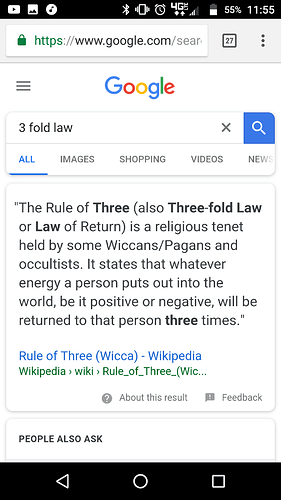 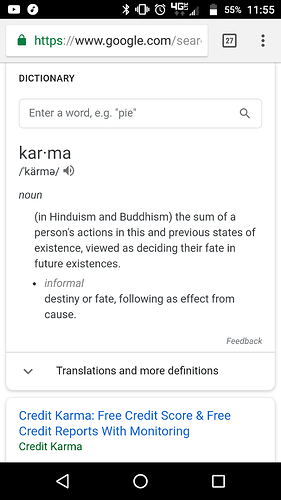 What you think about you attract towards you. If you are constantly thinking about baneful magick and how to bring about someone’s demise. If you fall asleep with hatred and ill intent then i believe you will attract that energy to you.
Every thought a prayer and every word is a spell

You on the other hand are thinking of: 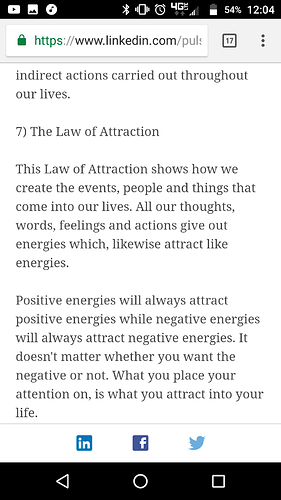 Wouldn’t really call that karma tbh. A swift death is a boon imo.

As for the question, no. Karma doesn’t exist. It is either an excuse people use to explain away why their lives are miserable, or it is a tool to control the masses.

Believe? Saturn is Chronos. What goes around comes around.

I don’t really care for karma. It’s a non entity.

I believe the two are similar. The energy you attract via your actions or karma will manifest positive or negative results, depending on whether or not the person clings to said energies.

The definition, from it’s true definition is being misconstrued. Similar but two different concepts.

13 posts were split to a new topic: Keighn’s Journal

Karma is all intellectual fluff talk… so many here work with King Paimon, a demon who gives knowledge and secrets… but so far I haven’t come across any post that gives out what demons think of karma.

Karma is simply cause and effect depending on Actions. Your actions either yield a positive debt or a negative debt. Negatives usually relating to actions based in fear of some kind.

Do I belive in karma? Hmm… I wanted go to military from my youth… but when my desire of this was stronger the stronger was my problems that prevent me to not go to army. I can tell that i almost ended as an invalid and committing suicide. After that, when i lost “my purpose of life” i meet a numerologist. And asked her what she can tell about me, (she didn’t know about my interest in army). One of many things she sayed, one was I have very strong soldier karma from past lives, and i can feel atracted to military, but it is now not my purpose, this work is already over. And if I will go this way, my life will become harder and harder.

I’ll be honest-I didn’t read through all the posts but my simple answer is HELL FUCKING NO!!! I’ve seen to many liars and thieves and nothing short of scum waste of space superfluous beings who thrive and prosper off it while hard working people barely make it. Those who think nothing of harming the innocent and seem to go they’re whole life without ever getting ther come up’ins. So no karma for me.

Maybe they get their punishment in the next life

Karma is simply cause and effect depending on Actions. Your actions either yield a positive debt or a negative debt. Negatives usually relating to actions based in fear of some kind.

I repeat karma is simply debt incured through actions taken. Debt can be both good and bad. Same as with finances, there is such a thing as good financial debt which brings in funds.

It is not some kind of “COSMIC JUDGE” looking to throw hammers at the wicked or hand out alms to the righteous. This idea comes from the monotheistic mindset finding out about the concept of karma and trying to twist it to match the base assumptions of this mindset.

Which for most monotheistic based religions is that by simply coming into existence as human you are fundamentally flawed in the spirtual and cosmic sense and must EARN some jealous sociopaths forgiveness and be saved from your very existence as a human.

I went to school with a girl named Karma, and I believed in her. Does that count?