Djinn cast to kill us

Would like to know what I can do myself to finally remove these Djinn from my life. This has been going on for over a month and no one I’ve consulted seems to either be interested or able to help us with this final part of all of the curses/spirits etc causing us suffering. Story is way too long and complex to get into, but I’ll try to summarize it:

My psychopath father is trying to kill me and my brother for no other reason than being scared of uncovering all of the vile shit he has done, since he knows most of my brother’s spiritual powers awakened (he can uncover an incredible amount of info from a person from only briefly looking at a picture). I’m also involved since we’re very close to him and he sees me as his protector.

Coincidentally, a week before this death cast my grandfather also cursed us and the rest of the family in my household. This was a hoodoo curse. This was out of jealousy for my mother. We started slowly going insane and had a NDE, all of us but especially me and my brother (because of the djinn mixed in) went through an intense amount of pain, sickness and suffering. They also involved my little sister (12 years old) and my sweet grandparents from my mom’s side.The goal was death. It was all done to hurt her since this grandfather has persisted in cursing her for 13 years to make her business fail and cause her pain. Can’t even begin to describe how degenerate these 2 are and I stopped wasting my precious anger towards them for the time being. Being in that state also makes us more affected by the djinn.

Though luckily this and all curses have all been taken care of at this point. We’ve summoned Opfaal and Belial to break it plus a shaman also broke the curse. It also keeps being confirmed that all curses have been lifted through divination and other clairvoyants ik but yet, these djinn still keep getting cast towards me and my brother. The rest of the household seems to be fine.
The shaman we consulted keeps giving weird and pointless advice, has done so many rituals without a fix and is worthless at this point imo. We’ve had to wait and wait, kept being told not to interfere and she seems to have no idea what shes doing. She keeps wasting our time. My mother also paid her way too much money.

The result of these djinn still being in our house is intense pressure on our chests, destroyed chakras and energy body, any form of our own divination and intuition is affected, they try to make us as ungrounded as possible and lose our sense of reality, nightmares, touches, fake visions feeling like shit overall, organ pains, etc. We know how to protect ourselves and shut off the spiritual so this has all improved to a degree but it still persists. My brother is also already a physically ill type 1 diabetes patient, so this makes it worse for him. Obviously banishing and return to sender does not really work, we’ve tried this a lot of times. They keep coming back. A gift was also given to my brother with another djinn on it and this has been long gone. We already destroyed every gift we’ve received from them.

Call on Azazel or Asmodeus as they both have strong ties to Djinn, Asmodeus as a king of Djinn and Azazel in his aspect as father of Asmodeus/Djinn.

They could possibly assert their influence over them.

Obviously banishing and return to sender does not really work, we’ve tried this a lot of times. They keep coming back.

So, if I herd that right, the banishing itself works, but you have no wards or protections to stop anything from coming int your place or your persons.
As a rule of them, since you are psychically sensitive I think you need way better protections than you have, djinn or no djinn. Circle the property and your beds, cleanse yourselves and put up wards.
Call legions and the help of stronger spirits if you like, but if your own conviction and will isn’t enough, there’s not much you can do.

So, if I herd that right, the banishing itself works, but you have no wards or protections to stop anything from coming int your place or your persons.
As a rule of them, since you are psychically sensitive I think you need way better protections than you have, djinn or no djinn. Circle the property and your beds, cleanse yourselves and put up wards.
Call legions and the help of stronger spirits if you like, but if your own conviction and will isn’t enough, there’s not much you can do.

I left a lot of info out here, this is my mistake.

There’s definitely no lack of will on our part, just lack of experience and knowledge. So anything you could add to this list would be greatly appreciated. Ty

Call on Azazel or Asmodeus as they both have strong ties to Djinn, Asmodeus as a king of Djinn and Azazel in his aspect as father of Asmodeus/Djinn.

They could possibly assert their influence over them.

Thanks. Had heard about this and was already going to summon azazel tonight

Its 2 books in amazon in tat topic one in enghlis another france. The zinki institute tipe tat. Have one exactly wat u need but france but if u can read the Quran and the numbers u b ok. The other was release few weeks ago its enghliah prayer tp ruccq i tnk. Also a book by mohed, cnt remember title the cover has a dijin blue facing a human. Its good… U canchl amazon.

“Tell him to go to Lucifer.”

Call on the mothers they are protective and very vicious when their children are unjustly hurt.

A good combination imo would be Azazel, Namaah and Asmodeus. Azazel and Namaah are the parents of Asmodeus. They would work like a trinity of protection. Also call on your ancestors. Both maternal and paternal. Not only will the they aid you they will teach a very hard lesson to your father and grandfather for fucking with family. That is not looked on kindly in any path. Especially when done out of impure reasons.

Since this was a hoodoo curse.Talk to papa legba about reaching out to your LWA and LOA. He will be the one to grant access or deny it. Erzulie Dantor. She is a mother and protector of children and abused women. Maman Bridgit. Also a protector and she rules over the cemetarys and death along with her hsuband Barron Samadhi. They handle death magick and the spirit world. So if you want to make contact with ancestors you will need their help as well.

Also the psalms will work to build defenses in this situation.

I thank you very much for your knowledge this is really valuable info for my whole journey. I’m getting to this asap

Thanks for channeling him brother. It’s no coincidence I felt a pull towards Lucifer throughout all of this

Absolutely. Im glad i could help. Im about to begin dealing with my own generational bullshit currently and I know for damn sure my ancestors are pissed at the original casters.

If the Djinn are still around, you can send them to me through my picture. , and tell it/them to go to Clayton Ray Davies. I know, “playing with fire”. I have been doing this for quite a while. Even here, on the forums. I am still here and functioning well. 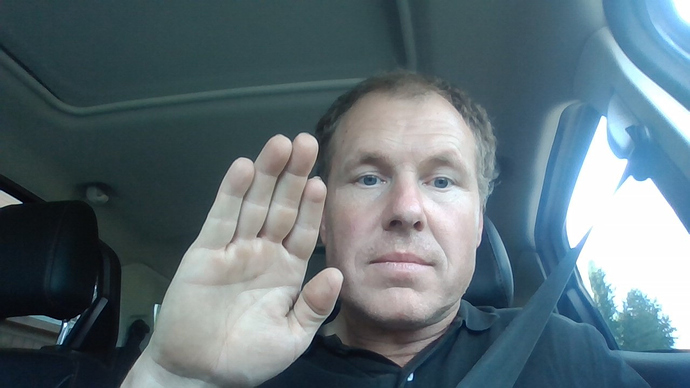 Do you accept any and all spirits sent your way?

There is a ritual to scatter djinn in one of Corwin Hargrove’s books but I’m not really sure it’s a good thing since it might anger them. Gotta re-read that part…

Yeah so the strange thing is we’ve each seperately tried calling up Azazel (and Lucifer) and none seemed to come though we’ll have to keep trying.
What I also noticed is we get completely ignored and no ones willing to help both irl and online until I clear my space and theyre banished for a brief moment (that’s when i start getting replies on here).
My mental health is seriously declining and I normally have shit to do but I really can’t do anything rn. We need urgent help. This is serious and there’s an extremely large amount of money put into this

Yes. I decide what to do with it, when it show up.

Can you just cut the bindings ?