Check it out if you wish
for your magickal amusement/discovery

Does anyone by the way recognizes them
or if you would like to share your gnosis on it, please do.

Screenshots can be taken through your phone (as you might already know) and on laptop/pc through the printscreen (prtscn) button close to the F12 key.

just my thought: by music you like you can tell what entity is for you, isn’t that fascinating?

Kind of wonder if the sigils aren’t those of the band members. There’s 6 though and 4 members with one guest on this album as far as I can tell, so unless there’s a producer or someone that counts, maybe not.

SOULFLY mainman Max Cavalera spoke to Metalshop TV about the band's forthcoming album, "Ritual". Tentatively due in October via Nuclear Blast, the follow-up to 2015's "Archangel" was recorded with ...

SOULFLY mainman Max Cavalera spoke to Metalshop TV about the band’s forthcoming album, “Ritual” . Tentatively due in October via Nuclear Blast , the follow-up to 2015’s “Archangel” was recorded with producer Josh Wilbur , who has previously worked with LAMB OF GOD , GOJIRA and ALL THAT REMAINS , among others.

Speaking about the new disc’s musical direction, Max said: “Some of ‘Ritual’ is a bit back to the groove of early SOULFLY — the real heavy groove — and then the other side of it is really my passion for the heavy, fast stuff that I always love: death metal, hardcore and black metal and all that. We have a song called ‘Under Rapture’ , [which features a guest appearance by] Ross [ Dolan ] from IMMOLATION . And he sings in the end — it’s got blast beats and everything, and it’s insane. It’s so cool, man; I’m so happy that we got that song on this record.”

According to Max , Wilbur “is a huge Max fan and a huge SOULFLY fan, and he was, like, ‘I wanna make the SOULFLY album that I wanna hear.’ So he tried to get me to make more groove songs, tribal songs and stuff like that,” he said. “In the end, I think everybody [was] pulling from one side to the other side — I’m fighting for the fast songs; he’s fighting for the groove songs — and you put it all together, and it’s kind of what I’ve been [jokingly calling] ‘tribal thrash.’ Which is kind of cool, man. It’s not totally original, but it feels new, for some reason. It’s got the sound of right now, but we borrowed some ideas from the early days, like percussion and grooves and tribal chants. And I recorded with Navajos. It was great. We put some of them in some of the songs.”

Cavalera also discussed the new SOULFLY track “The Summoning” , which the band has been performing live on its current European tour. “It’s not one of the main songs [on ‘Ritual’ ],” he said. “And I wanted to do that on purpose — play a song that’s not one of the main ones. It’s not a single — it’s not gonna be a single or anything — but it’s got this really cool breakdown in the end; it’s so sick that I think it’s gonna become one of the coolest breakdowns that we have. It’s kind of like the ‘Dead Embryonic Cells’ [ SEPULTURA ] breakdown. And I noticed when we play it live that when that part comes in, people just lose their shit. So it’s cool. I think it’s got good potential.”

Asked why he decided to name the new SOULFLY album “Ritual” , Max said: "Most of all, I like the name; I think it’s a very metal name. I was thinking a little bit about the early ways of listening to music, with vinyl — you take the vinyl out, you smell, you put it on, you get the needle, and it’s a whole ritual involved in that. And, of course, now there’s a new ritual — you get your tablet, you go to Spotify or you go to [another] web site and find your music, but it’s also a ritual.

“Metal is very ritualistic in many ways, in what we do — the circle pits, the chanting, the hands up, the horns up, headbanging… It’s ritual music,” he continued. "So I thought this is a simple name that everybody can connect to. And we made some really artwork involving two of my favorite artist of right now. Eliran Kantor made the cover — he also did ‘Archangel’ — and the inside, all the inlays was Marcelo Vasco from Brazil.

READ THIS SECTION:
The inside is really cool — it’s got this Shiva with all the different arms and gas masks and all these symbols. I told Marcelo to invent some symbols that look crazy, so he invented some… they look almost like voodoo ritual symbols, and we used them on every song, and stuff like that.

“I like the [album title] a lot,” Max added. “I remember the JANE’S ADDICTION record ‘Ritual De Lo Habitual’ , and I always liked that name; it was always really cool. So I just used ‘Ritual’ , just the first part of it. I always like to borrow things from other groups, especially when it’s from different [styles] of music that’s not really metal — like, JANE’S ADDICTION is not really metal. So that’s probably where I got the idea from — it’s probably from that.”

Bah! Metal archives was down. So

I like to look at the album art esp inside if elaborate cover. I once got a Walmart version of Five Finger Deathpunch and … it was edited to be tame. Lame ass Walmart. 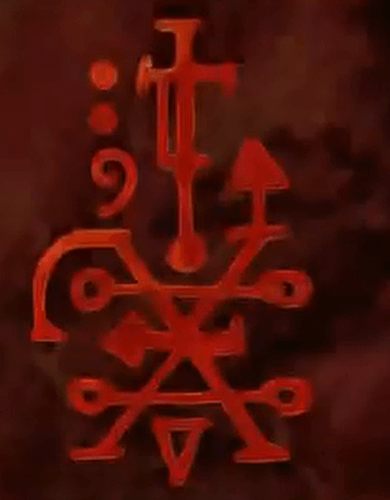 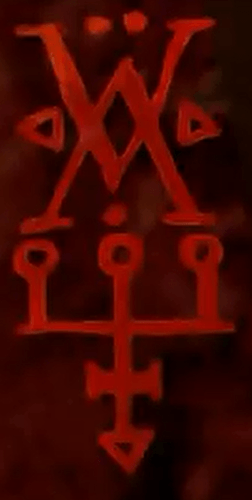 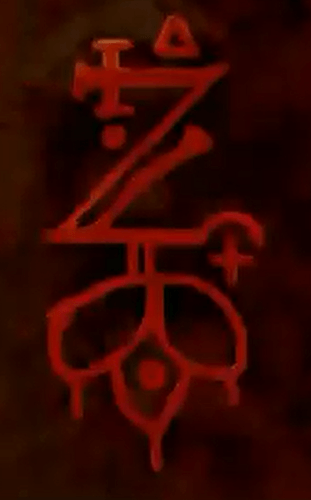 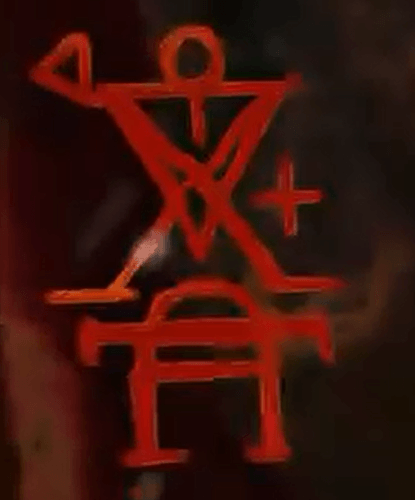 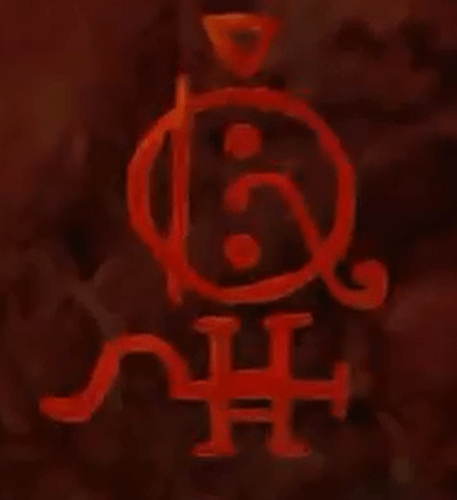 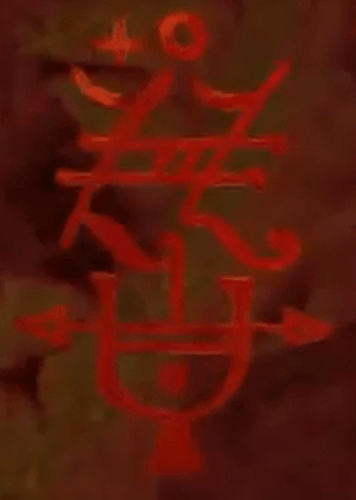 I’ve seen the heart symbol under posts so I guess that’s like. Pencil is edit.

Chain is link?
There’s flag, banner ???
And trash can must be delete.

Oh it’s hard to find meaning in earthly comparisons in terms of objects as it are generally entities themselves.