Are there any demons for firing up one’s motivation? Or, is it something that can only be self-generated like ambition and self-esteem?

Satan! Satanists are usually fired up with drive, ambition, lust and zest for live.
Sigil: http://1.bp.blogspot.com/–O_IfUZirQk/TwpQYunyIXI/AAAAAAAAADQ/qG-1BRHt_NQ/s1600/untitled.JPG

[quote=“Enlightener_Illuminator, post:2, topic:2866”]Satan! Satanists are usually fired up with drive, ambition, lust and zest for live.
Sigil: http://1.bp.blogspot.com/–O_IfUZirQk/TwpQYunyIXI/AAAAAAAAADQ/qG-1BRHt_NQ/s1600/untitled.JPG[/quote]
Really? Thanks! I have some experience with Him. I’ll look into contacting Him again.

Self discipline. The left hand path is about taking your own destiny into your hand and moulding it into a self manifested reality, even if only on the spiritual planes. If you are asking this question then you have missed the entire point. Sorry for sounding harsh, but this is a big one. If you can’t even find motivation then why are you here. If you can’t even muster up motivation then calling on demons is not your best choice. If you have to call on demons to muster up motivation then how do you think they will respond at a lack of control. Lack of motivation is a weakness, and calling on demons in this state will not make things better. Common sense and a strong will seem to be a better option. If you are to be a living god, then fucking stand up like one. And stand tall.

Sorry, but these questions get old. “What demon can I call to help me take control of things”. The left hand path is about self control and taking that by the horns and pulling it where you want it to go. This forum is called ‘Become A Living God’. Something like that requires effort. As the disclaimer says at the bottom of the screen. Scroll down. Your results are how much you put into it. If you can’t even muster up motivation and need a demons help for that, then this is not the path for you. What demon would respect that?

Thanks for your comments. I had a feeling that I might receive such a commentary. That’s one of the reasons why I put in my initial question, the second sentence that refers to the association with self-esteem and ambition. In actuality, all three areas; self-esteem, ambition, and motivation, are all closely linked psychologically. You are very right. And your point is well taken. Thank you.

I guess the only thing you can do if you lack motvation is ask yourself what you actually want from life, and if it doesn’t motivate you - what would?

The myth we have to suffer to get into heaven plus the idea god’s peering at you with a hostile eye waiting to damn you to hell the minute you put yourself first might be undermining your desires, and your will to pursue them, but that’s the only way in which I can think the LHP can in any way increase your motivation.

We all have to start with what we have and who we are, and nobody gets a short-cut on this, or an easy answer.

Do you know how good I am at out-of-body work?

And that’s because I’ve never found a use for it that drove me to make the effort, learn the skills, find the info and put in the practice to get there… other people on this firum have that stuff aced, or are at least making progress in leaps and bounds - me, I’m not doing that work, and my results in that area reflect that.

You need to get real and accept everyone gets their results (which then DO help spur you on to more) because we’ve put the work in on our specialities - for me, first communictaing with the gods as a child, then later healing and other stuff have got me the stuff I’m good at, but even then I don’t get results just drop in my lap for any of the skills I’m not that motivated (yet) to pursue.

…The myth we have to suffer to get into heaven plus the idea god’s peering at you with a hostile eye waiting to damn you to hell the minute you put yourself first might be undermining your desires, and your will to pursue them, but that’s the only way in which I can think the LHP can in any way increase your motivation…

Yes, you absolutely correct there! I do have some excess-xtian baggage that I still need to unload. Thanks for taking the time to write out another well-thought-out commentary Lady Eva. I always enjoy reading your comments.

I was myself inspired by David Neagle, he posted a video (can’t remember which one) to the effect that when someone wants something but then loses motivation early on, or tries really hard but results are elusive, it can be down to a values clash.

In his example, because he trains salesmen and stuff, he was saying that the childhood programming of things like “Never try to make a person change their mind, money’s the root of all evil” etc could still be powerful enough to undermine someone’s training in sales and genuine desire to succeed.

Next time you feel unmotivated, run with it - really move your mind and energy into the feelings or thoughts that are demotivating you, don’t let yourself get sidetracked into procrastination (“simply MUST do X, Y and Z first”) because that will stop you from hearing your internal state, and then see if, when you sit with it, amplify it, let it have full run, the voice telling you that you can’t/don’t really want to do something isn’t one you recognise - if not an exact person, at least a mindset that you’ve consciously moved past, but which is still there in your subconscious.

It could be a voice, could be images - if it’s a feeling, act it out in your body, then see if the posture reminds you of the way someone from your past carried themselves, because it’s their attitudes, which affect our physical bearing, which could be (for example) weighing your shoulders down, making you sigh, or take on a particular expression.

I ID’d my parent’s voices as a reason why I don’t always feel like doing certain things, even though I like the results, and this isn’t about necessarily blaming anyone (it’s quite likely people don’t know how lasting their influence can be) but just about finding what unwritten rules your mind has picked up, that are making the journey harder than it has to be.

The book “The Now Habit” is also well worth a few dollars if you can get a copy, I can’t really do it justice in a post but one of the tactics from there I use all the time is to stop thinking in any way about finishing a project (or perfecting a skill) and simply think, “Where can I start on the next bit of this right now?” - I have it on my desk as just “What’s next?”

It’s a skill of “constant starting” that takes you away from seeing how far you are from the finished result, which is daunting for most people.

That book’s done marvels for me and has helped me stop being at war with myself over my perceived “procratination” versus my inner critic, who put every delay down to some innate character flaw.

If you lack motivation, try pore breathing Elemental Fire. It will get your ass moving. You could also work with Mars, to strengthen the will to act.

Watch this, it will inspire you to get motivation back !

I don’t work with spirits just because of one or two goals I want to see come pass. I have used magick to transform my life, true, but that’s not what motivates me to keep doing it. I have to, I have to perform rituals and work with these entities, it’s who I am. It’s who I have been for decades. When I go into my temple to perform a ritual, even if it is just for gnosis (which most these days are), I feel a rush of excitement and joy. I love working with the spirits, that’s what drives me, gnosis, tapping into the unknown time and time again. Seeing realms few have seen, that drives me. People who first come to magick do so either out of curiosity or a desire for something, or just due to a strange pull toward it. Those who stick with it are those who need to, because they can’t see themselves not doing so. When you have conversed with angels and demons, when you have seen the realms of the Sephiroth and Qlippoth, how could you walk away from that? That’s what drives me, the knowledge that even after everything I have seen, I haven’t come close to scratching the surface.

I was kind of a dick earlier to make a point, and you took it damn well. I suggest working through the Trees, it is an experience not easily forgotten. Evoke each ruling Angel and Demon and ask for initiation. Though, start with the Tree of Life before working with the Qlippoth, and start with Malkuth. A lot of people skip the Earth sphere because we already live in that realm, but initiate into it regardless and you’ll see it for what it really is, not what you perceive it to be. I recommend the Trees for a good reason, if you lack motivation then performing random evocations for various reasons will eventually get dull. The Trees offer a specific road map of work that will keep you busy for a while, and when you are done, you will have plenty of ideas and questions that need answers to keep you busy from there; probably for the rest of your life.

Allow me to say one word, because it sums up what I was going to say pretty damn perfectly.

Here’s a sigil for Satan: 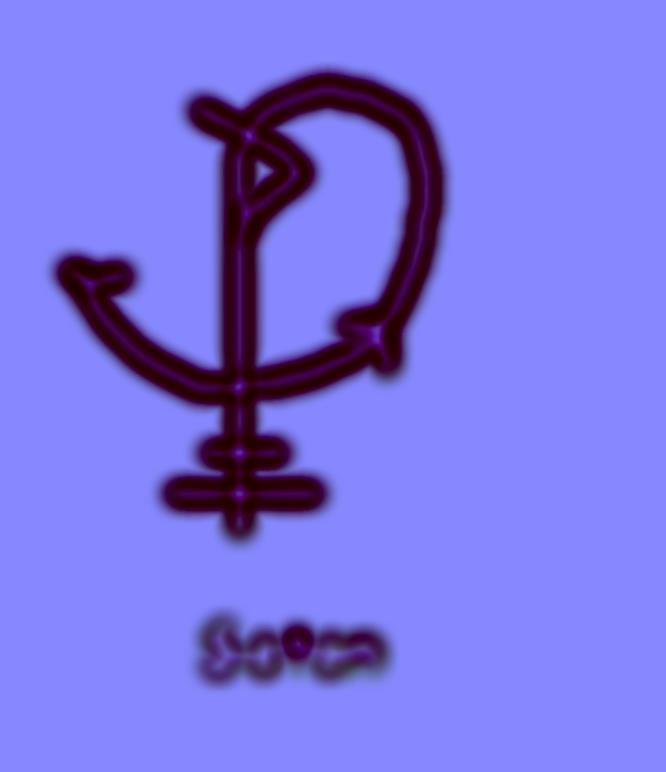 I read your question as I myself was looking for that answer.

@Ace1gah, as a new member of our forum, a requirement is to post an introduction here: