What are Kthunae and Shaitan like? Has anyone worked with these two entities before? How does Shaitan of the O9A differ from Satan?

Additional information on these two is more than appreciated!

@Baal Shaitan is the Arabic version of the Devil. ONA entities are known to manifest differently from the usual manifestation of that entity.

Yes, and do you know how Shaitan of the O9A manifests? How is he different from Satan and/or Shaitan?

I’m also interested in working with the Dark Gods, but with all of them. Is there any other pathworking to approach these Dark Gods besides the one mentioned in NAOS? Something more like invocation to experience their power and to bring inner transformation?

Is there any other pathworking to approach these Dark Gods besides the one mentioned in NAOS?

There is, although the sources will be difficult to find. Alternatively, you could make your own pathworking; you don’t have to necessarily follow someone else’s guidelines. I’ll probably go with the latter.

Something more like invocation to experience their power and to bring inner transformation?

Invoking these entities is not recommend. You’re better off doing either a standard spirit communication or a full-blown evocation.

Something more like invocation to experience their power and to bring inner transformation?

https://vkjehannum.wordpress.com/tag/noctulius/ “Not recommended” and “not possible” are two very different things.

No one used the words “impossible” & “not possible” in this thread prior to your and this comment.

@Baal Yes. It was meant as a joking disclaimer.

You’ve not answered my first question to you, by the way. Do you know something about O9A’s Shaitan? How does he differ from Satan and/or Arabic Shaitan?

Also information on Kthunae is more than appreciated.

@Baal I haven’t worked with the ONA’s Shaitan or Kthunae. Sorry.

I shall evoke one of the two, then. Seems like no one else on this forum has worked with them (not surprising due to the focus on Judeo-Christian demonology)

I’ll also compare my experience with whatever I can dig up on any of the two (the information in O9A books that I have is very scarce on these two tbh).

There is, although the sources will be difficult to find. Alternatively, you could make your own pathworking; you don’t have to necessarily follow someone else’s guidelines. I’ll probably go with the latter.

Is there any existing pathworking system that you could recommend to check, that would be possible to modify it and replace it with the Dark Gods?

Other than what you can find on V.K. Jehannum’s wordpress site, not really, no.

There are tons of information and experiences shared about other entities, but almost nothing about the Dark Gods. I wonder why. Perhaps they request the practitioner to remain silence, or his life get so changed that he has no more need to hang out on any social platform.

As far as I know there are 21 Dark Gods, and probably each one of them has their own unique power and attributes. The question is how do we find out about their powers and attributes. Would a pathworking be enough? And do they expect us to follow the Sinister Path?

Because I don’t think that many people outside of the ONA work with the Dark Gods. And, as you may know already, the ONA gives terrible explanations when it comes to the acausal, and the Dark Gods.

“They act in accordance with their own nature, and our feeble causal minds cannot comprehend their nature. To attempt to explain it is the sign of homo hubris blah blah covert egotistic nonsense blah.”

probably each one of them has their own unique power and attributes.

No doubt about that.

The question is how do we find out about their powers and attributes.

Evoking and interviewing them, I suppose. Also, testing them (like sending them on a task or whatever).

Would a pathworking be enough?

And do they expect us to follow the Sinister Path?

Doubt it. In my experience, no spirit demanded that I work a certain way, even if that spirit is “exclusive” to a particular system. Demons of Qliphoth, spirits of Maergzjirah, etc are some examples.

The systems are primarily written by people. Sometimes it’s based on their experience and thus their idea how it should be done (because it worked for them), other times it’s meant to control people who plan to work with certain spirits.

That being said, some will demand discipline (again, spirits of Maergzjirah) and/or not to say a word about your workings with them to other people.

The Grimoire of the Dark Gods is refered in some of the 09A manuscripts, but I could not find it on the Internet.

I only found the Introduction from Grimoire of the Dark Gods.

Was this Grimoire ever made public?

I do not know. I’ll have to look into this, then I’ll let you know if I find something.

Was this Grimoire ever made public?

I don’t think it’s specifically titled “Grimoire of the Dark Gods”, but the Introduction you posted comes from this text:

I find this interesting as I too am interested in this and am curious as I’ve been meaning to buy them out of curiosity but was wondering if anybody has checked out Michael W Ford’s writings / contributions that are publicly available? Giving the hermeticism of the order I’m not sure what they entail and I’m sure Mr Ford would respect they’re wishes here’s some screen shots and the "sinister collection seems particularly intriguing 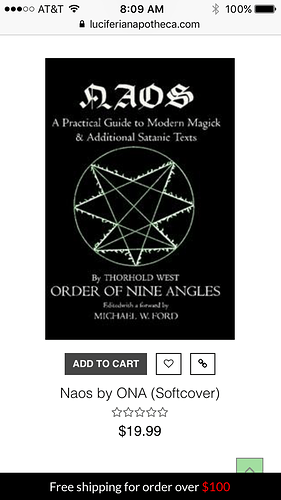 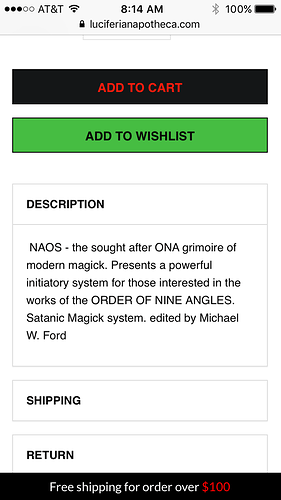 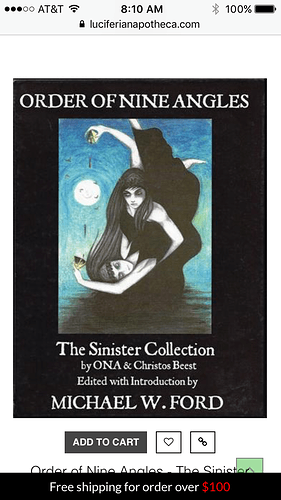 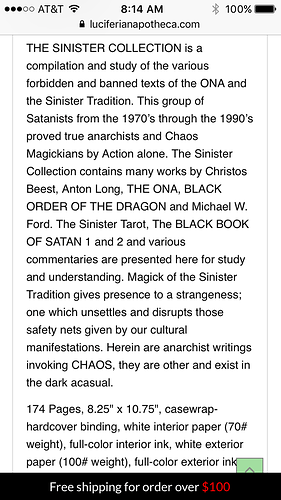