Has anyone here ever successfully cursed a celebrity who truly deserved it? I’m not asking for names or personal information. This is more about me venting after getting my money stolen and seeing this person’s career flourish.

yep and yep, but as far as truly deserved it? All depends on taste no? Being famous does not protect someone from magick.

That’s not necessarily true. If you are famous, it also means that you are connected to the destiny of many people, so that comes into play very strongly.

That’s what I was thinking too. I imagine it wouldn’t be easy to curse a celebrity due to the energy they receive from fans. On top of that, they may have resorted to magic to obtain their fame in the first place and know all about protection methods. There’s also help from ancestors to deflect any curses. But this person in question wronged me. He deserves some sort of payback.

That’s not necessarily true. If you are famous, it also means that you are connected to the destiny of many people, so that comes into play very strongly.

So is everyone who is not famous, all connected to the destiny of many, even if it’s never seen or known about, and yet so many people think just because someone is famous it shields them from it all? I do not think so.
But anyway most celebrities need very little help in ruining their lives, the atmosphere they are in, generally does that on its own.

Perhaps sometimes it could occur a psychological difficulty: thinking “he/she’s the famous so and so. Will I be able to… ?”

I should probably explain my situation. An independent wrestler was advertising memorabilia for sale on social media. He has a blue check mark, so this was no imposter. I was interested and gave him my entire savings. Months went by and he never sent my items. Every time I emailed him, he claimed it was on the way. I eventually asked him to refund my money and he cut off communication. My bank couldn’t help me and neither could PayPal since I made the mistake of trusting him when he asked me to pay him using the Friends/Family option, leaving me uninsured. I later tried warning people about donating to him when he used his fame to raise money for charity through crowdfunding. But no one took me serious. I was even called a liar when I publicly talked about what he did. I still have his emails and the PayPal documents to back me up. And a week ago, a friend gave me a heads up that he made his debut on WWE. So he steals my savings and gets to advance in his career with no consequences. That’s why I’m so angry.

Oh… That’s not a celebrity. You can curse him, I mean, we have been cursing politicians, and it’s been working, but on the other hand, their elitism, child abuse and perversion of true spirituality has angered all of the big players in the spirit word.

And yes, many of them do use magick and entity help to get what they are.

Even if you presumed being famous made one magickly stronger it would simply be two steps of pushing them to say or do something to lose the fame and then inflicting the magickal “kill shot”.

Several celebrities need to be knocked down. Sure they are still humans and business owners with the right to speak and protest but they take it further and assume they are Gods walking the Earth.

They are not … We who embrace the ascension actually are.

I have heard that a lot of BIG people have their own astrologers and sorcerers. Especially world leaders.

You heard right. I have a good friend who is a top astrologer. He dose readings for celebrities and world leaders, including royalty.

It should be fairly easy to have good results by cursing this person as he opened his barriers to you by personally accepting your money. This transaction and continued correspondence established a “relationship” which you can now use to your advantage. The (Family-Friends) option was a conscious decision both of you made, and that has repercussions. Use these correspondences in your ritual to destroy him.

“Celebrity” was the best term I could think of at the time. I was also trying not to give out too many details because I think I read something in the rules about giving out personal information. So I kept his identity a secret to be on the safe side.

I didn’t consider that. Thanks for the tip.

I also noticed that EA posted a new video this morning on curses and it was really helpful. I’m sure it was pure coincidence and made in advance. But in my mind, he happened to lurk the forum yesterday and decided to help out. 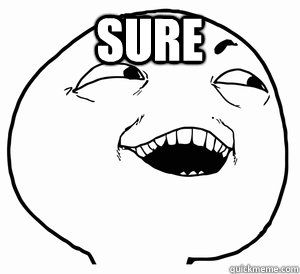 Nothing is coincidence lol

Having a card reading isn’t protection.

They would need to ask for protection by name or said mage give it in courtesy.

The rich and popular are not protected.

Some may have skills. Most “satanic celebrities” have tattoos as “religious boob jobs” with no devotion or conviction backing it.