Last night i was annoyed, so i wanted to off load all that horrible anger, so i thought how about creating 2 massive Earthquakes in China, so i got out my Earthquake star, while i was thinking of Abaddon, as i was tracing the lines a very special way, i was actually channeling the earth, and could start to hear the interior Earth engine that is the driving force behind Massive earthquakes, the very structure of the driving force is like a massive worm traveling though the Earth lick deep Earth vibrations, then i found out tonight im wondering if what i did actually work, and hole and behold it actually did, now the places the Earthquakes struck was a CHINA has been rocked by two big earthquakes , the first striking in the southwestern Sichuan province last night and the second striking this morning in the northwestern Xinjiang province close to the [Kazakhstan](https://www.bing.com/search?q=Kazakhstan&

filters=sid%3ae0805137-3da3-4a72-90fe-4289ba952ed0&form=ENTLNK) border. The Sichuan quake, measuring 6.5 in magnitude, struck around 9.20pm and killed at least nine people – including five tourists, now you tell me is that a coincidence, now let me descride the sounds, now imagine a massive colossal titan, so what i can detect before a Earthquake strick, is something is actually moving like travelling, through the Earth, producing huge freakey sounds of vibrations, traveling from place to place, like serching for weeknesses in the Earth tecktonic plates, just imagine how big Godzilla is, in the form like Batra.

O yes before i forget, last night fragement from a comet hit the Earth, my mum told me, im wondering if that was part of the Comet that went through the Asteriod belt, comet collided with a asteroid belt would have broken pieces off.

Since you asked… it could be a result of what you did, you could be delusional ( crazy ), you could be lying… anything is possible. If you want to verify your results, here’s what I suggest :

Open a thread, name your specific targeted area - China or Africa is not specific enough unless what you’re aiming for is unusual to happen there. Much better if you target very specific region. Declare the date of your ritual, perform the ritual. Then you and others following your experiment or test can verify the results with you. Want to take it a step further… let others decide the targeted area for you!

Be more skeptical than anyone else. Try to debunk your own work with all possible reasons. Test and test again, until you’re almost 100% positive that your work is the cause of that effect.

Problem with many practitioners,they’re after the feeling of being magicians. Regardless of their skills or the reality of this claim. I wouldn’t recommend that for long term practice. If you’re walking this path to have fun and waste time until you find something more interesting to follow, then sure why not. Have fun. You’re king of the universe! But if you’re serious about it, then be serious about it.

Not judging your experience by the way. Only answering your question. I would love to hear from someone doing real weather magick. I personally have an open invitation for magicians doing this kind of work - with all amazing claims you read - when it was time for action, they all disappeared … gone! I hope you could develop your skills and join us soon.

Can you please NOT make earthquakes that kill random people?

I get doing baneful magick for personal reasons, but this is just like standing on the roof of a tall building and throwing bricks off at random without looking.

Thank you my Lady, ill try to keep that in mine, anybody can create Earthquakes if their talent enough but cannot control in what it will do after that, the aftermath, plus creating something at that magnitude will drain a lot of energy.

Yeah but to create something at that magnitude i find that it would take a while to be fully recharged again, because it did drain a lot of energy, yes it is right their is no complete proof, their is no device can proov any such thing, just take it on faith, i don’t think their are meter can purchase can proov it any way, i just use belief. Also it can also be the earth itself, im not desputing weather Its me or the earths tectonic plates as well.

I get doing baneful magick for personal reasons, but this is just like standing on the roof of a tall building and throwing bricks off at random without looking.

Some men just want to watch the world quake. 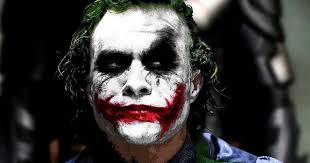 17 posts were split to a new topic: Personal message for your chat

There are earthquakes around the globe all the time… and China is a big country.

So in this comment you take the credit for it and also say it might be the Earth itself.
The claim you post that it cant be measured is frankly bullshit. As @PrinceX suggested focus on a specific area. If i do weathe rmagic for it to rain in say europe how impressive is that? Statisticly it will rain in europe.
There are about 12,000-14.000 earthquakes on the Earth each year.
So to answer your question yes you might probobly be following yourself and it has nothing to do with you.
Approach it in a scientific way focus on a small place something that are less likely to be random and then do it a couple of time.

But yea i totaly agree. I do suggest focusing on summoning thunderstorms insteed

I think setting up guardian spirits to improve the climate would be a good use of this. We only have the ability to talk and not be working down mines or slaving in fields because our civilsation has grown to a point of specialisation and technological advancement. if we keep going, machines will soon be able to do most of the tedious jobs for us.

Guarding that (instead of letting it decay) to see what we’re truly capable of seems a legit use of power?

Otherwise we just reset back to bronze-age, or lower (I can’t fucking cast bronze, I doubt many people here can) if anything major happened.

I got sharp rocks just incase it earlier

You say focas on a certain area, okay how about the Marianas trench, that would be a great one, just give me some time, over a period of time, to recuperate energy levels, because something like that will need further, LHP magical research, also since ive allied with the Earthquake serpent, i also have to give it time before its ready as well, as it tells me its long overdue, Abaddon is watching me as well monitoring me from afar, i seem to able to constantly feel his presants, and yes im going for that Compendium of Abaddon, just i cannot afford it at the moment, also did you know i get charge $1 USD to $1.66 AUD, so if i havent got enough the next pention week, im waiting until August this year.

Also did you know vision from Abaddon, Compendium of Beelzebub will be around the corner, so dont start pestering EA. it may have a rotting flesh ritual, as we will be Decusing the lord of the flies isnt as bad as you think.

Well seeing as there is basicly no recorded earthquakes from the Mariana trench i would say that would be pretty exact but then again just as a premonition you should tell of the earthquakes before it happends at the day the ritual is made.

Well seeing as the gatekeeper books ben coming out with about 4 months apart so far so im not surprised with the next book being on its way.
Personaly ive allready got the leather version of the Abbadon compendium ordered and hope it will be shipped in about 1 week, will be s nice addition to my library.

Where do you get the idea that anyone here is pestering EA btw?

Youre the one that pesters EA constantly.

Sorry your mistaken, EA constantly emails, i rarely answers me.

And i would like to congratulate you, i wish you very best.

For the record casting bronze is really easy and due to the melting point you can use a steel cup as a crucible rather than graphite. From that point you just need a forge, which can be dug out of the ground in a pinch, and a bellows system. Which again, due to the low melting point of bronze, can be very primitively made.