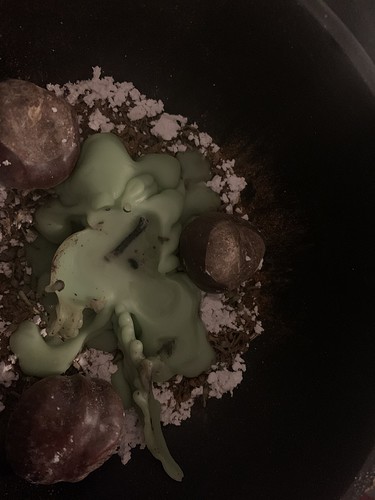 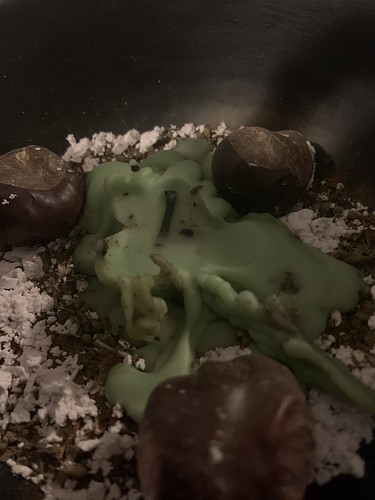 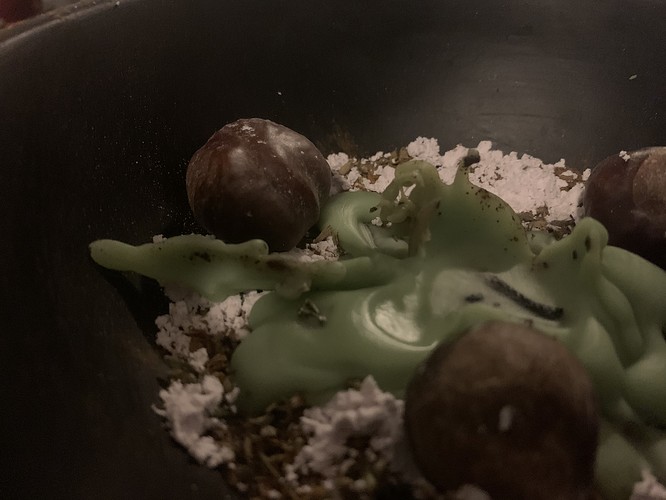 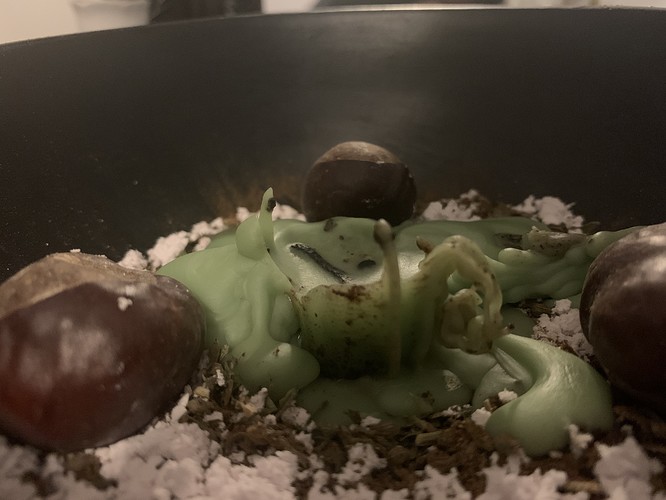 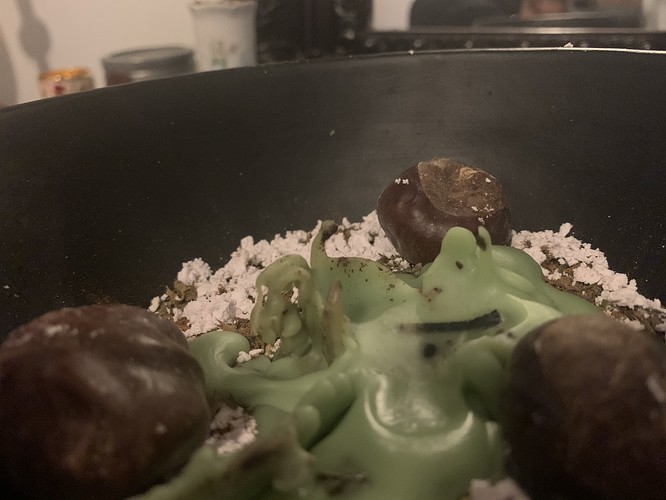 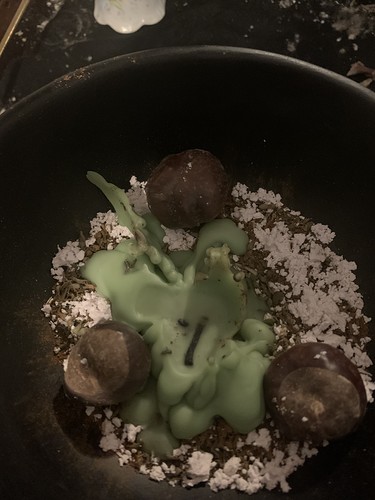 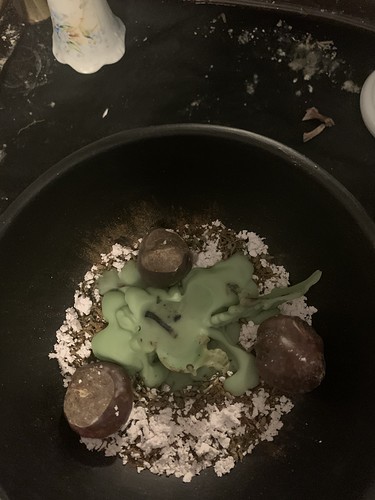 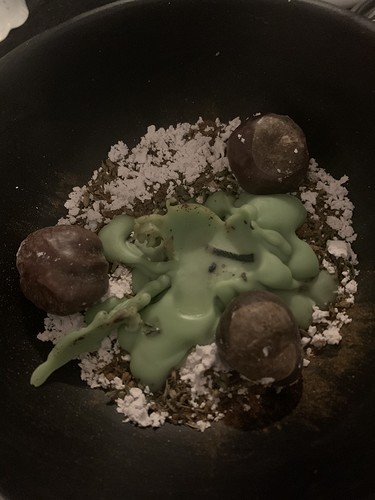 Hi, i was wondering if you guys can see anything worth mentioning in this candle wax. i can see a butterfly, a person with their back turned, a person reaching up, and a lady i think. Open to hear what yall see, thank you!

What was the intention of the candle? Love? From one angle, I see a heart. Sometimes that just indicates a blessing, though.

It looks like you have some sort of block that has mostly cleared, but there’s still some obstacles. Expect ordinary results with a few hiccups.

It extinguished itself? When that happens, typically it means that either the spirits have decided against it or there were outside forces that overwhelming it. However, it can just mean the working was completed before the end of the candle.

In general this looks like pretty mundane results. Nothing earth shattering in terms of manifestation but still progress towards your goal.

I personally saw a sorta distorted plant leaf/plant growing image (like a baby plant). Honestly, got good vibes from it.

the intention was for towards getting the career/job i want. thank you for your interpretation!