Can Demons reach out to you first in dreams?

This last week, I had several intense memorable dreams but it all started with a dream of me discovering I had the ability to travel through shadows. In the dream, I needed to escape from somewhere, and lit a candle placed on top of a human head, then left from the shadow cast. Before slipping away, a man that looked like The Kurgan from highlander started after me, not in a threatening manner but in being peaked in interest. As I was running from something, he continued to show up until I finally reached a dead end and he gave me a smile that was like “yes caught a prize” and it was not a scary experience. After that all my dreams have been filled with slipping through shadows in different scenarios, including one where I destroy my own body and they keep popping back up in my thoughts like they may be important, and the man keeps appearing in my thoughts as well.
Its probably silly but thought it be worth asking, since right before the dreams I made a more solid decision about looking into invocation and them being prominent, but as a whole im very new to all this.
Thanks.!
(Attached a picture of The Kurgan) 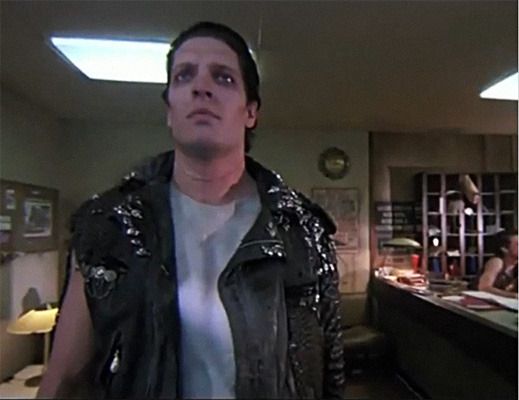 Yes, it is quite common actually. It’s a way for the spirit to inform you that it wants to work with you

Thank you for the response.
Do you know how I should proceed in trying to find out who might be reaching out to me?

Intuition I guess. If you have any suspicions or a spitit’s name comes in your way a lot these days that’s propably our guy. If not, search for a spirit with a similar description with the guy in your dream. Also be careful for any imposter spirits.

Traveling through shadows or other dimensions represents your wish to move away from or escape the realities of your life with an uncertain future.

You seem to be running from an unhappy past and your original ideals and future goals. There may be a situation in your past that you wish you could go back and change to move forward to a better, happier future.

Me and Bachin discovered eachother these ways, she is Thorn. It was basically an OK YOU POSSESS ME AND NEVER HURT ME OK THANKS kind of deal I was forced into but it’s been a great one so far.