Books to start with serious practice

Hi everyone,
What books would you all recommend, E.A.'s and others, to get started on evocation and invocation? I’m adept at meditation and energy work, so the groundwork is layed.

If you want things specifically for evocation/invocation, Demons of Magick is one of the best. Also, E.A.’s Evoking Eternity, Kingdom of Flames, Lucifer and the Hidden Demons are all very good.

If you want to go deep, E.A.’s course, “Mastering Evocation” is one of the best resources on the whole topic. It’s very extensive and detailed.

Good luck in your quest!

Thanks Wynnedalf,
I’ll look into those. I thought about getting Demon’s of Magick in the past, but as far as I know, it deals with evocation of demons under control of angels. I don’t know if someone can start with that and then move onto evocation without that constraint which is what I want to do. Would progressing like that be a bad idea from the point of view of insulting the demons?

You said you are adept at meditation.

Have you developed your astral sight or astral hearing yet?

If not, I recommend getting the book summoning spirits by Konstantinos for a good training system to train your astral senses, learn astral projection at will, ways to visit any sphere/spirit’s realm you want to go to, a grimoire w/50 different spirits to summon, making your own servitors, and more.

Ignore his golden dawn rituals if you want.

If your astral senses are developed already and you find communication with spirits easy, then I recommend The Practice of Magical Evocation by Franz Bardon, E.A.'s Kingdoms of Flames, The Book of Azazel, Evoking Eternity, 360 Heads of the Earthzone by Nenad Talerman, The Grimoire of Tiamat by Asenath Mason, The Daemonolater’s Guide to Daemonic Magick by S. Connolly.

Thanks Titan,
I’ve heard of some of those. To be honest some of the reviews I’ve read about The Grimoire of Tiamat scared the crap out of me. Konstantinos’s book sounds a bit more my level. Never heard of it before.
E.A.'s Mastering Evocation course is very tempting tho. Does anyone know what tools are needed for this course? The reason I ask is that I live in a country where buying mgickal tools is nearly impossible. Maybe because Ireland is such a catholic country. Eg. it took me a long time to just get black pillar candles from England nd I didn’t think much of the shipping cost either.

I have no contributions. I just want to be updated on the thread. Good stuff here.

If you want a really in depth look into the Tiamat grimoire, you should check out envoyofthedragon’s youtube channel.

He has a several part video series on it giving his experiences working with those spirits.

My thoughts were the same as yours when thinking about diving into it.

I wanted to give you a nice spread of powerful grimoires because I wasn’t sure how dark or light you wanted to go.

Bardon’s spirits are all positive spirits, so are Konstantino’s spirits that he lists in the book, Nenads are the same as Bardons but more in depth of what they do, like, and don’t like when working with you, Azazel’s spirits seem to be even tempered as long as you respect them, and Tiamat’s spirits…well you’ll see

As far as e.a.'s course, you need privacy, paper, a marker or another writing utensil to get started I believe, but then requires more later on.

It’s been a while since I’ve worked his system.

Once you can make contact thru sigil work, you can ask for the changes neccesary in your situation to give you the privacy and ease of magic supplies you need for further work.

For energy work, if you want a quicker route, New Energy Ways by Robert Bruce.

If you want to get into deep Taoism, which is really a lot, and takes much longer for most of the same stuff, but eventually turns into energetic instead of spiritual alchemy, you should check out this guy for a good foundation: 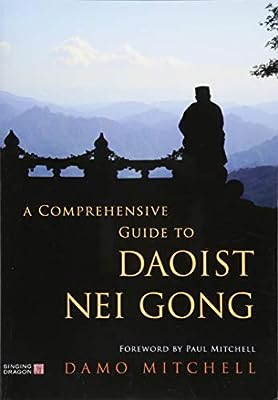 I don’t know if someone can start with that and then move onto evocation without that constraint which is what I want to do. Would progressing like that be a bad idea from the point of view of insulting the demons

It’s interchangeable. The angels are not being mean to the demons. It’s just a different method of focusing. Personally, I have some spirits I’ve worked with a lot at this point, so often just directly contact them, but sometimes use the GoM method anyway. It doesn’t hurt the demon.

E.A.'s Mastering Evocation course is very tempting tho. Does anyone know what tools are needed for this course

It’s one of the best courses I’ve ever seen. If you want to fast track your development, it would be good to consider. I don’t make any BALG commissions (hey maybe I should!

). Seriously it’s really good and E.A. gives answers to many of the questions people want to know about evocations.

Thanks for your answers Wynnedalf. That’s cleared a lot up for me

No problem @Asher. Let me know if there’s any questions you have here or feel free to PM. Starting out can be frustrating when it can feel as if the information is nigh on overwhelming. It gets better.

Did you need all the tools listed in Konstantinos Summoning Spirits? I don’t ask out of laziness, just curiosity.

“Nightside of Eden” by Kenneth Grant. I never needed another book on the subject

Not E.A’s work, but Introduction Into Hermetics is fucking neat.

You don’t “need” them, but they help to focus your energies, and one of his later exercises includes the scrying mirror.

I say read Moonchild Aleister Crowley. Research him and Anton Szandor LaVey. I guess it’s not hip or cool to say that having a firm background knowledge isn’t useful, but I believe it is.

That’s great and easy to say read Balg writers, but they themselves didn’t pop out of a vacuum. Do your occult research. Invest your time. It’s worth it.