I’ve been put in the state of outrage due to idiots that think they’re big shit.

Anyways to cut the story short I have been fuming and voodoo had crossed my mind. This man with his teeth gritting, blood gushing out of his jaws, his eyes pure black and sharp talons has appeared to me. He’s African American and has a red head dress on with a form of red skirt. Any idea who this is?
@Lady_Eva

Why not ask yourself?

Regardless, sounds like a form of Ti Jean I’ve seen. 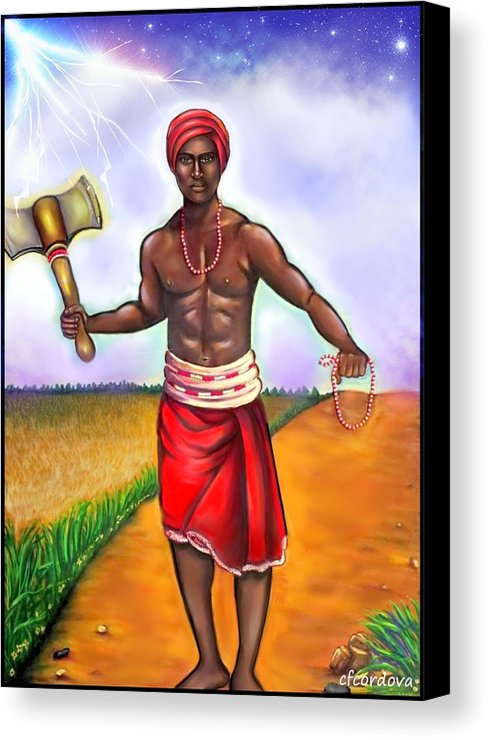 Remind me, what did Orisha Shango govern?

I remembered the justice part was for Ogun?

I have to say that he is quite an interesting Orisha

It´s just that I´ve felt a calling to work with Orishas on general. Loas are no stranger to me but Orishas(except Ogun) are. Orishas are normally also called through Papa legba just like with the loas?

Alright, Who have you worked with for now?

ive interacted with them but I haven’t done any rituals that I can recall. but I talk to them every once in awhile

You planning on any rituals?