Beyond the last Star gate 🌟

An otherworldly door or portal to outside realms. Hidden within Earth’s and Space’s magnetic fields. ( is what I found when I searched a definition for it)

What are your thoughts on star gates? Do they exist and if so how did the ancients open them? Can they still be opened? 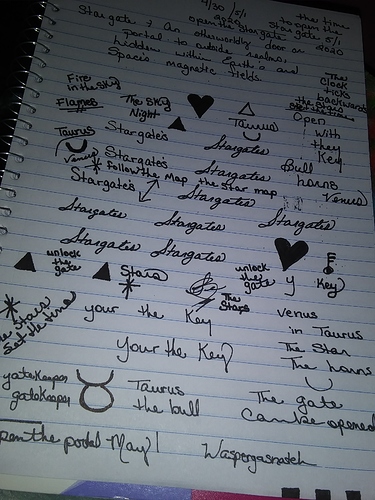 Type in ‘Michael Tsarion Stargate’ in Google if you’re interested in what he has to say.

Can they still be opened?

Serious advice: before doing this, ask why they were closed in the first place. And make sure to ask several different sources.

We can’t be black magicians one minute, then act like everything is fluffbunny wiccanville and out there to help us the next.

There are things out there which terrify people, but they have things which terrify them in turn. I know, because I’ve seen it. Important reality-check: This Place is Not a Place of Honor

If you look at it just right, the universal radiation warning symbol looks a bit like an angel. The circle in the middle could indicate the head, the

This is an interesting read (I particularly liked the sections related to Lucifer):

Stars on the Earth: Domes and Stargates, and How to Interact with Them by Richard Leviton.

pp. 246 - 247
Lucifer’s story in Western Judeo-Christian culture is very distorted and mistaken. He is not Satan, the Devil, or the head of the demonic hierarchy. Nor is he a disobedient rebel. He is a unique angelic being whom the Supreme Being appointed to a magnificent, sacrificial task. Lucifer was, and remains, an archangel of foremost importance and prominence who was commissioned by the Supreme Being to take a step towards matter, in a sense, to voluntarily densify a little, to enable humanity to have material, visible, organically-based lives on a planet dedicated to the great, fantastically bold experiment of free will. Plans were drawn up, the team collected, and Lucifer voluntarily made his “Fall.”

It has to do with Taurus. I figured most of it out.

Have a look at the alchemical symbol for Mercury (incorporates Taurus).

I checked heavensabove and the planets seem to go through Taurus just before sunrise America-time May 1st, but you may want to double-check that.

All that stuff you have written down looks like nags, and nagging is not always a good sign from spirits, it’s manipulation and wearing-down tactics.

It connects to alot of stuff ive been seeing. I don’t have time to type it all up right now. But it all seems to be connecting.

I still have some research to do though.

All that stuff you have written down looks like nags, and nagging is not always a good sign from spirits, it’s manipulation and wearing-down tactics.

Could you elaborate on this? What makes it seem like nagging to you and why is that negative? To me nagging makes me feel like im ignoring something or not paying attention to something. I’m wondering what the negative side of this is, or why it might not fully be to your benefit (as it seems you’re implying).

Could you elaborate on this? What makes it seem like nagging to you and why is that negative?

When a spirit nags you, they are usually trying to wear you down and force you to comply with something you don’t want to do.

To me nagging makes me feel like im ignoring something or not paying attention to something.

“Nagging doubt” maybe, but that’s an internal state. Nagging is the kind of negative version of the assertive “broken record method” but intended to overcome someone’s resistance.

I’m wondering what the negative side of this is, or why it might not fully be to your benefit (as it seems you’re implying).

Spirits use pester power sometimes to make you do what they want, not what you think is for the best.

It’s because EVERYTHING is connected. When the Old Ones faded several billions years ago, they took offline must of the universal machines so the younger ones could handle what was left behind. Off-on. 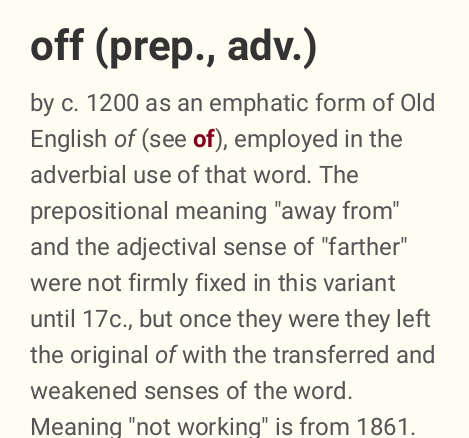 Also stargates can absolutely still be opened, and I know personally of at least one. If you’re like me you will facepalm when you discover the meaning of those notes you wrote. You’re so close, its right under your nose LOL.

As for how they did it I cannot say. I’m not even sure of everyone can open them or I’m in the minority.

So what does the gate do? Where does it lead to?

Well I haven’t worked with it a whole lot so it is hard to say. Learning to open it was a prerequisite for me learning to wield and control my power.

What it can do is let spirits pass, from either direction. Wherever it leads too is infinite light and energy, that much I can tell.

Its quite a powerful thing, and I just opened it now shortly for the first time in a long while. You can easily use it to power spells and rituals, though it feels to use it as such to be… disrespectful to it (hard to put words to that).

Let me clarify: the stargate itself has little energy. Its like a shell that energy is channeled through. Once the energy is channeled through the stargate “opens”, and leads you beyond. What I should have said is that the energy of the things on the other side should not be used for mundane work (finally I find the wording I wanted). It should be used for higher magick and not lower magick. To bring the very “high” energy to such a “low” point, would be highly disrespectful to it. For example you may use the energy for a clearing or in divining things, but something like a money spell would offend it.

Am I the stargates keeper? Now that is an interesting question to ponder. Given it’s location it would not surprise me but I am very wary of accepting grandiose titles, don’t want the ego to get ahead of itself. I certainly am connected (strongly) to its “everythingness”.

I was guided to access it two or three years ago, and walking away from the event I was struck by a profound feeling of having delved into/awakened something way too strong for me. It felt like I was not supposed to have that power yet, like I found it way too early. I suppose in thay regard not much has changed since I’ve hardly worked with it and know little about it, and the spirits seem in no rush to educate me further on the subject.

The more you know about little things. I mean, many say what’s a Stargate and stuff like that but never ask “how are you, Stargate?”

This is quite interesting to note. So is it considerable to note if every human on the planet has a Stargate they are supposed to or is it only reserved for those “special ones”?

I think theoretically everyone is capable of opening a stargate. I think those that need to know how to open a gate are considerably less. As to whether or not I’m “special” for being able to access one I do not know.

HmMmMMmmmm, that’s a good question to ask oneself but hey, experience and exploration