Best curse for a child abuser?

Someone I love dearly was physically abused by his mother as a child. She also allowed her husband to beat him as well. I’m not talking about spankings, I’m talking this guy still has a scar on his face from when his step-father bashed his head in with a crowbar. Any mother who would allow her child to be treated like that deserves to fucking suffer. My dear person is an adult now but he still suffers from terrible depression and self-loathing due to this lifetime of abuse at the hands of his mother, and this bitch needs to pay.

It has also come to my attention that his mother is into brujeria and she has been casting some really destructive shit. Not only has she broken up our relationship but she did the same with at least one of his previous relationships. She has caused him to lose at least 2 jobs and 1 apartment. She is a cruel, narcissistic bitch who feels threatened by anyone in her son’s life. It’s like deep down she knows that if he’s with someone who treats him with love and respect, he will see her emotional manipulation for what it is.

Obviously, I want this psychotic cunt to pay for hurting the person I love. How should I make this happen? The step-father is already dying from renal failure so I’m not too concerned about him. I just want this woman… I don’t even know exactly what it is I want. I just know I want her to suffer as bad or worse than the suffering she caused and continues to cause her son.

How much destruction do you want? I’ve worked with Glasya Labolas and he’s never failed me. I sent him unrestricted to my enemy. In the span of a month the mother suffered a terrible heart attack, he lost his job, his friends all found out that he was a mean, nasty person and began to avoid him. He is also beginning to show signs of bad health and may need several surgeries .
Praise Glasya Labolas

I’d simply send a mass of parasites and eat a sandwich.

I don’t even know exactly what it is I want.

Its important to figure this out first.

Glasya Labolas sounds absolutely amazing. Thank you so much for sharing your experience. How much destruction do I want? Honestly, I think anyone who abuses a child- especially their own child- should fucking rot and suffer until they die a slow and painful death.

I don’t even know exactly what it is I want.

Its important to figure this out first.

Oh, I DEFINITELY agree with you. That’s why I made this post; I would love to hear some creative revenge ideas to get my mind flowing and help me set an intent.

Ok. Im practical when it comes to this so its definitely not going to get your muse dancing.
It is difficult to find subjects where one can simply “practice” on. So I would simply push the button that says “slow cook the bitch” and start taking notes.

A terrible story. Something I have also been dealing with, regards my own mother. I have invested most of my adult life in overcoming her. This finally happened at a deeper level a few days ago. I used Solar Eclipse for the upteenth time which is an Alaskan Essence for resetting polarity. Polarity imbalances happen with the type of “mother” described here. it causes reversal of everything. So the good stuff turns bad, nothing works right. It’s a painful process, however 2 drops of the stock twice a day, triggered a massive release after the fifth day, wherein I was transported in space and time to a heinous past life abuse, where I was reliving it all over again. Whilst in this state I focussed on her in that time and space dimension through my Seeing eye and started yelling and screaming at her. The more I did this the more of the pain she caused left and went straight back to her. It took a long time, made me vomit in the process. However by the time I had finished this cathartic process I was done. Hope this helps somehow. Narcissistic mothers are the bane of all existence and must be overcome at all costs. The damage they cause is immeasurable.

Use and Angel to strike her down.

Prince Marbas loves children and will gladly punish anyone who harms them.

Calling on Demeter and Heckate will also be beneficial in this ritual as both are protective over children.

I have a ritual if you want me to PM you with it. I used it on someone abusive years ago and it has severe life changing results for the target usually

Has anyone ever heard of a golem spell? I was thinking about that today as in my magic battle that might be the guys last ace up his sleeve if he get’s desperate enough, does any one know how to counter it too by the way?

But the golem spell is meant as a protection spell, how ever it is such a drastic protection spell that it can often kill the person it is trying to protect against. You could probably make it so that if this guy even thinks about abusing he keeps getting attacked worse.

I know about it from doing it in a past life, so I’m not sure if I know that whole procedure though.

She’s going to pay dearly when she leaves this Earth, but I know you want her to suffer now and stop what’s she’s doing. I think first doing something to protect your friend from the attacks from his mom–I’m thinking a mirror spell so that whatever she sends to him goes back on her.
She’s had ceremonies done so I get that she feels like she can do whatever she wants and suffer no consequence. Make sure your identity is shielded whatever you do to her.

To be blunt a curse that shrinks his hot dog and one for life long terrible relationships. 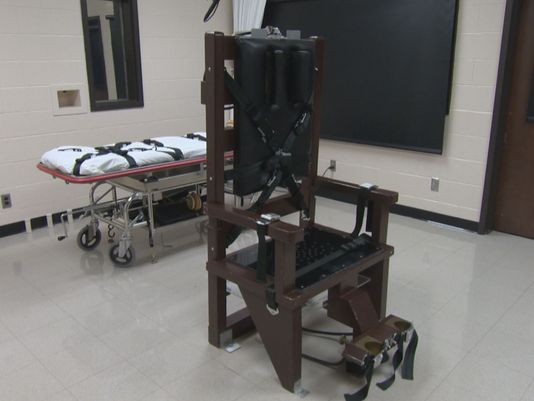 I think first doing something to protect your friend from the attacks from his mom–I’m thinking a mirror spell so that whatever she sends to him goes back on her.

This is excellent advice, thank you. I warned him months ago that there is someone in his life who is unintentionally causing him harm, and he needs to be careful and protect himself. I refused to tell him the person’s name or even their gender, but his first question was, “Is it my mom?” I wouldn’t confirm it because I don’t want it to seem like I’m just another woman who hates her prospective mother-in-law. I think deep down he knows that she is not a healthy person but I don’t think he realizes that even though she’s no longer beating him, she’s still doing a lot of harm with her codependency and emotional manipulation and influencing. I just want to protect him.

A mirror spell to dig out and reflect back the accumulation as well as preventing further attacks are powerful and errm… the reintegration of that energy will be quite a hardcore horror show for the mother in question. I did a ritual like this a long time ago against a person constantly sending BS for a 20+ year time period and it reaped spectacular results - within eight months the matter was settled to my benefit. I was a good little rhp girl at the time and likely why it took so long to do something against it.

@Keteriya, you should check out this mirror spell for your trouble with your husband.

I was actually just watching the video above this. I’ve read some about mirror spells / and it’s a good idea. Will have to find a hiding place though.