Barking Dogs are DRIVING ME CRAZY!

I have a neighbor that has 2 barking dogs that are driving me crazy, they start barking every day at approx 5:30 in the morning and keep on barking the whole day, the neighbor doesn’t give a damn and the worst thing is that those dogs are most of the time right in front of the window of my bedroom, and because of my job I have to be in front of my computer every night until 3:30 am so by the time they start barking I have only slept 2 hours, so you can imagine the level of low quality sleep I´ve been getting lately.
Please let me know if there is an effective ritual to make dogs stop barking or at least diminish their barking frequency.

If you know basic energy manipulation and how to create thoughtforms create a very powerful one to hang over their yard that projects the command of ‘Silence!’ to everything in its field. Once strong enough even people will not want to speak near it.

The Eighth Spirit is Barbatos. He is a Great Duke, and appeareth when the Sun is in Sagittary, with four noble Kings and their companies of great troops. He giveth understanding of the singing of Birds, and of the Voices of other creatures, such as the barking of Dogs. He breaketh the Hidden Treasures open that have been laid by the Enchantments of Magicians. He is of the Order of Virtues, of which some part he retaineth still; and he knoweth all things Past, and to come, and conciliateth Friends and those that be in Power. He ruleth over 30 Legions of Spirits. His Seal of Obedience is this, the which wear before thee as aforesaid.

Nice guy, very helpful with finding lost pets as well, Probably be willing to aid in this matter too.

Please let me know if there is an effective ritual to make dogs stop barking or at least diminish their barking frequency.

Since they’re disrespecting your territory,
you should place something below your window,
with a strong smell,
ideally something the dogs don’t like.

I’m not talking of pee - which dogs use for their territory signs.
I’m talking of something like: 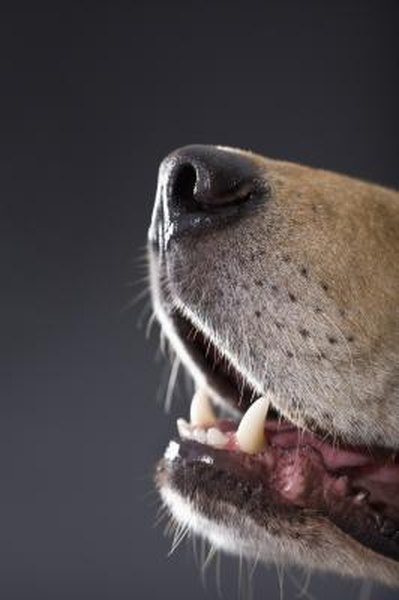 People have been using the dog's strong sense of smell for centuries for searching and hunting. This super sense can be used another way too -- to get Fido to stay out of the garden and off of furniture.

That should solve your problem.

Include the suggested Spirits,
into the incantations you cast to the ground you’re protecting from them.

Their behavior will change.

If that’s not enough,
expand the repellant territory towards their territory.

The following video, is to have you ready and analytic,
when their behavior changes kick in,
so in case they try to get their territory into yours again,
you’ll notice the behaviors early.

and here’s an extra guideline,
in how to deal almost invisible damage to the dogs,
if they stay persistant.

of course, you have to intentially set it towards them choking,
instead of easing them out of the choke, etc.

Summon Hecate. She controls all the dogs. command her to s them tfu.

If you know basic energy manipulation and how to create thoughtforms create a very powerful one to hang over their yard that projects the command of ‘Silence!’ to everything in its field. Once strong enough even people will not want to speak near it.

-in that case, make sure the serviator feeds on their life energy too.

Bad mannered neighbors truly are one of the worst things. I assume the relationship has already reached the point where simply bringing it up to him won’t do any good.

The suggestions by @Yberion in my opinion absolutely are the way to go.

I once had to deal with someone constantly making their dog shit in front of my door. Hotsauce stopped it.

Thanks a lot for your input guys, I will use @Yberion and @anon47923162 advice and see what happens with the barking dogs.