Can general benevolence be used to avoid spiritual harm. Obviously setting up general protection is needed. But does going through the world with greed or prejudice or spite attract unwanted attention?

There’s a connection but there aren’t any clear-cut rules outside the obvious which makes said connection almost arbitrary. Harm and unwanted attention are also different.

We see sick people prosper while the most heinous shit happens to the innocent all the time. So we know being good isn’t the hack to protect or obscure yourself.

Can general benevolence be used to avoid spiritual harm. Obviously setting up general protection is needed. But does going through the world with greed or prejudice or spite attract unwanted attention?

I guess the question is “What are you afraid of?”
There are definitely unwanted things to be confronted both in the astral realm and the sub-conscious mind but none of those things can take you out of your own context unless you let them.

You will definitely attract unwanted attention if living your life through greed and prejudice is not your true nature. The problem lies within what do you think is “Greed”, “Prejudice” and “Spite” other than words you have been trained to know the meaning of through symbolic culture.

I would say if you don’t feel comfortable working with a specific aspect of yourself, wait it out until you’re ready or let it happen naturally. A lot of spiritual enlightenment moments come from simple instances in time that later make sense on how they were a much larger impact on your life than a major event in your life.

That is profound wisdom ——
Very well spoken
“I would say if you don’t feel comfortable working with a specific aspect of yourself, wait it out until you’re ready or let it happen naturally. A lot of spiritual enlightenment moments come from simple instances in time that later makse sense on how they were a much larger impact on your life than a major event in your life.”

Actually I’m not asking out of fear. I’m just interested in moral philosophy

Your own sub-conscious mind is much more terrifying than anything you’ll experience in the astral plane. At least in my experiences. I guess I’m bad at wording things.

Benevolence is subjective on how you view it since it’s just another “word”. Generally though when working with entities, they already know what you want since they usually are generated from your sub-conscious desire to manifest them into your reality. Unwanted attention can come from it sure, but usually unwanted attention can be needed attention so I guess it just depends on how you treat your rituals and own thoughts.

I would always say, you do not see everything. The thing is, sick people often give a sh…about others and therefore, don’t get hurt so easily. Or they use this hurt to get stronger and tell themselves others are idiots and losers. They want to show them one day because they are in fact the bad ones.
While good people always blame themselves and easily get discouraged.

I believe sick people experience just as much sh*** if not more and karma hits them all the time. You just can’t see it. But they are less depressed about it and move on more quickly.
They accept bullshit better.

And sick people are not afraid to get revenge and destroy others in return.

I told this story before.

I met a man who said he got involved with a group that performed animal sacrifice in ritual. He became haunted by spirits and turned born again Christian.

Idk if those spirits were evil or were furious over his actions. And the born again thing seems to be a method of damage control. Basically he got into a bad group, did or participated in things he shouldn’t have, and instead of admitting it, he blames the occult world for the problems he brought upon himself.

@ysy I am curious about your comment on Karma, do you think such a thing exists. I might create my first topic LOL

He probably wasn’t ready for what he was shown.
It happens a lot.
I’ve even been there before and quit magick for years because I was afraid of my own sub-conscious desires.

I don’t really think it’s “evil” or “furious”, I think it’s just are you really ready to be shown what you’re asking for.

It’s definitely an interesting story on how fast things can go wrong if you dig to deep though. You have to take your time in everything you do, especially with magick. You can ask to be shown god sight and what you might be given is your own personal world of madness and psychosis.

I watch myself very closely and think karma is misunderstood. We are closely connected to everyone around us - energetically.
If we piss someone off, their hate attaches to us and if you have many of these attachments over time, you are more easily attacked with Magick or by negative entities.
This is pure energy science and not Bible nonsense. I have watched that bad things seem to happen just after a fallout with someone -especially if you created the bond of sex - and the person feels treated unjustly.
Then suddenly my car breaks down or I lose something important…I tried this thing to do a lot of good deeds for people in return, and the energy tends to stabilise.

But I have to do A LOT.
I give money away, or treat people extremely well - and it seems their thoughts and energy attaches to me.
It is just what I observe. There could be different kind of souls, and some might not be that sensitive to the energy of others.

Thank you for your reply

With control I can balance
With balance I can control

Confucius say leave my cookies alone -_-.
Not to get off topic but there’s a lot to be said by how simply Confucius relates to magick as a whole. I’d definitely recommend researching him as well as the Mandate of Heaven. 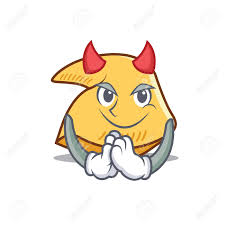 One of the many sayings of Belial actually

I actually put that on my yt channel a bit ago today as I remembered the time he spoke during our commune.

instead of admitting it, he blames the occult world

How is “admitting it” a solution?

If the the occult can’t offer any answers, what’s wrong with seeking help elsewhere?

Doesn’t matter if you’re as cute, cuddly, and sweet tempered as friggin’ bambi, hungry wolves don’t cut breaks for prey. The only way to stay out of danger is be ready for it.