Attract attention of a Deity via thoughts [ Daily Question ]

Can I attract attention of a Deity with thoughts, before I evoke Him/Her?
Have you ever asked this question before?

Our thoughts can be powerful, and well readable to lot of entities. In other words, there are no secrets exist before Them.

How do you feel yourself around the time when you are plan to work someone?
Is He/She appears in your mind often?
His/Her name? A pic of this Deity. Things from your possibly future talks?

Is They probably know about your plans, and sees everything in your head?
Can your thoughts make you even more sympathetic or less sympathetic?

Have you ever thought about that
They’re observes you before you call them first?

It can be real even when we can not sense
Their brand new energies, Their presence?

So… let me know what you think. 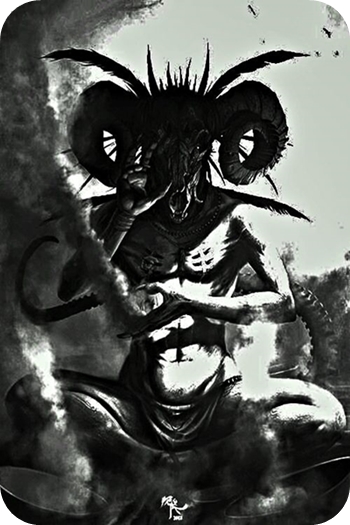 5 Likes
Are Rituals Even Needed?
Pazuzu and Me - Proves His Heart, proves His strength
How do I contact or ask a demon for help?
How do I summon Thoth?
Working with Chernobog
PrinceX April 6, 2019, 6:20am #2

Absolutely. Yes to all the above

About two years ago I was evoking a specific Demon for something, I decided to use an evocation from a book to test the ritual. In this ritual, I needed to “repeat/chant” the name of the Demon over and over. And I decided to give it a little extra push to raise energy…So I was chanting loudly with ceremonial kind of voice.

When I was just starting, less than 2 or 3 minutes of chanting, the Demon simply answered “I’m not deaf” and he let me know that he was already there when I called him the first time.

In the next few months, I had to test that idea. That spirits really don’t need all that effort to respond. A simple but focused thought is enough. I already experienced that before with some spirits but I wanted to know if this is case with all of them or not.

I tried it with Hekate, Satan, Anubis, Several Archangels… until I was convinced without a doubt that they actually respond to a thought. Nothing else. But what really “moves them” so to peak, are emotions. They’re very, extremely, emotional.

They can read minds, they know everything the person who contacts them. And they can answer questions even before they’re asked. Sounds crazy but that happened to me many times.

Other times, I didn’t get any direct answer from an evocation. But I “felt” the presence of the spirit. The energy or the essence of their being. Then later, after the ritual… they showed me that this is true, they are there, watching and listening. The only problem is that sometimes my senses are not tuned perfectly enough to feel them. Because they’re somehow different in their frequencies… if that makes sense. Sometimes you need to call the spirit several times and try different levels of energy vibrations to feel them. Like radio tuning! Once you catch the frequency, you can then call them anytime and you’ll instantly feel them and send-receive from them what you want.

So… I totally agree. And this idea if people really think about it, could change the way we perform evocations, completely. Especially when beginners start doing it. Thinking that they have to struggle to get their voice heard or their request delivered to the spirit.

All spirits in general have this ability. The more you work with or think about certain spirits the more intense this becomes. They can and do go “stealth mode” where you won’t see or feel them. I have an obsessive nature, so I really only work with spirits who adore attention, or don’t mind the constant poking. I’m apparently “loud” and let them know that up front. If this is something they want to deal with, we move forward.

Wow!
This is enlightening.