Lately, I’ve come to a peak in my inner work where I feel I need to attain self mastery, in pretty much every sense of the word, in order to perfect the self and draw into being more like big me.

To start off, I’ll copy and paste something I sent to my mentor, @AdamThoth and my godaunt, @Eye_of_Ra
So I accidentally channeled something in relation to this: “to attain self mastery, is not to restrain one’s self, rather, it is to exercise a greater inner power than that of the “herd mentality”. It is to expand beyond typical behavior. Exercising this inner power dissolves inner stagnation, allowing master of the outer world to flow with ease, to make the outer surroundings act in accordance to the inner power, the inner will. To allow the opposite, is to manifest something that could be undesirable. In other words, to master the self, is to exercise a greater control over one’s power within, not to shackle it”
In stead of working with a particular spirit with this, I’m going to attempt to do it alone. I like to refer to self mastery as the nature of belial, having no master other than yourself. A large part of this has to do with being able to control my power and the power I’m about to come into and not causing mass destruction on accident because my anger flares up.

Day 1: so far nothing. Usually the minor irritations that set me off, has not set me off. Petty drama just goes on ignored, mother going up my ass over something small, does nothing. Anything of that nature I’ve started to learn to just remain calm, rather than just seeking to “smash”. Small progress is attained, but it doesn’t make the entire journey. So far so good. Haven’t caused a mass tragedy quite yet. Some people have tried to start something but I’ve just blocked them, took a deep breath and moved along. 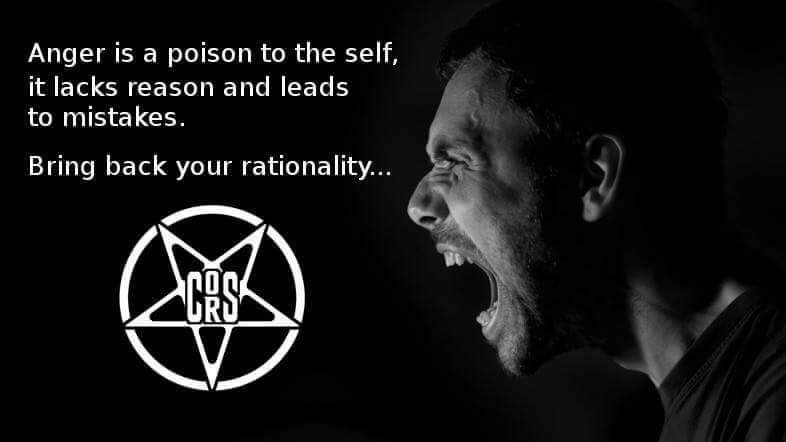 Hmm, anger is a poison to the self if left unchecked but if harnessed it’s a tool.

Funny you say that

I have anger issues too. I’ve got ways to stay chill but those times it spills over it’s a natural disaster so I’ve been working on harnessing it instead of letting it take over and have done some of my most effective stuff with it.

Same here, but in a literal sense. However, this particular project goes beyond just controlling anger, for me at least.

Think of me as the broly of the occult. If I get angry, myself and my power goes beserk. It could manifest in the way of someone suffering all the way to natural disasters or death, depending on the extreme.

You want to not be angry about things in the first place so as to not have such drastic reactions?

Day 1 pt2.:
I’ve decided to take it up a small notch. By listening to music that can rile me up. I’ve felt the rage try to build but I kept breathing. I felt this calm heat around me and I managed to demonstrate emotional control. I didn’t get angry, as far as I could tell. Progress, none the less. it was a calm fire.

Day 2:
Someone tried to go after my flaws. Usually I flame the hell out of people that try that. This time, I said nothing, which surprised my peers.

That Moment When 2: Shaka-Zulu Gonna Kill You! General Discussion

That moment when you forgive your co-workers and undo the curse on your workplace.

Adam, your tests won’t break me.